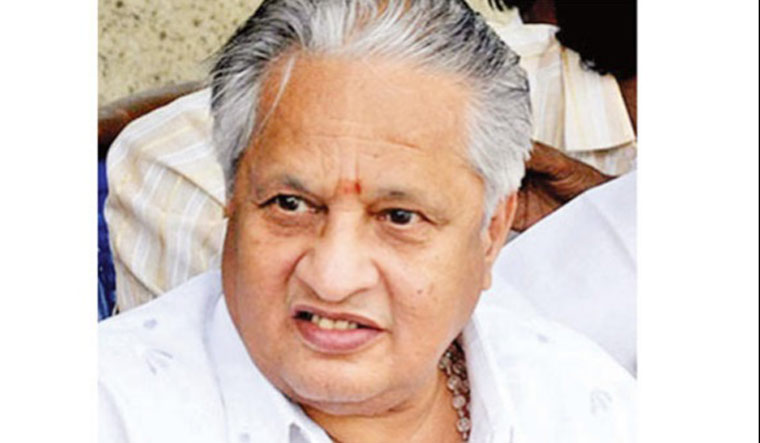 (File) Visu was battling kidney-related ailments for some time now

Veteran actor, director Visu passed away at his Chennai residence today at the age of 74. Visu was battling kidney-related ailments for some time now. A multifaceted cinema personality, Visu had acted in over 60 films and directed around 25 films.

Born in 1945 as Meenakshisundaram Ramasamy Viswanathan, he started his career as a theatre artist, working with Y.G. Parathasarathy’s drama troupe. He was writing scripts for stage dramas before getting into the film industry as an assistant to legendary director K. Balachander. Before venturing into his directorial career, he was a successful scriptwriter for popular Rajinikanth-starrers like Netrikkan and Thillu Mullu, directed by Balachander. While Netrikkan featured Rajinikanth in double role as father and son with Saritha in the lead, Thillu Mullu had him playing a double role, as twin-brothers Indhiran and Chandran. The script and the flawless screenplay gave Rajinikanth a platform to prove that he can do comedy and not just action movies.

Visu then debuted as a director in Kanmani Poonga produced by Balachander. S Ve Shekhar-starrer Manal Kayiru was his second film, which was one of the super hits of the 1980s. Known for directing 'family movies', Visu directed several super hits like Samasaram Athu Minsaram, Thirumathi Oru Vegumathi and Penmani Aval Kanmani. His Samasaram Adhu Minsaram was one of the most successful family dramas in the 1980s which spoke on the importance of a joint family. The debate between Manorama and Raghuvaran in the film is popular even now. His other super hit was Chidamabara Ragasiyam, which is considered a cult-classic.

Known for his sharp scripts and flawless screenplays, Visu was also a successful television star. He was the first to conceptualise debate shows in Tamil television. His Arattai Arangam which first featured on Sun TV and then appeared on Jaya TV as Makkal Arangam, was popular among the people of the state for being a platform to raise social issues.

Visu joined the BJP a few years ago, saying that his ideas of nationalism and spirituality matched that of the party. He is survived by his wife Sundhari and three daughters—Sangeetha, Lavanya and Kalpana.