Irrfan Khan opens up about his battle with cancer, says he wants to live for his wife

We cried a little and laughed a lot, the actor said 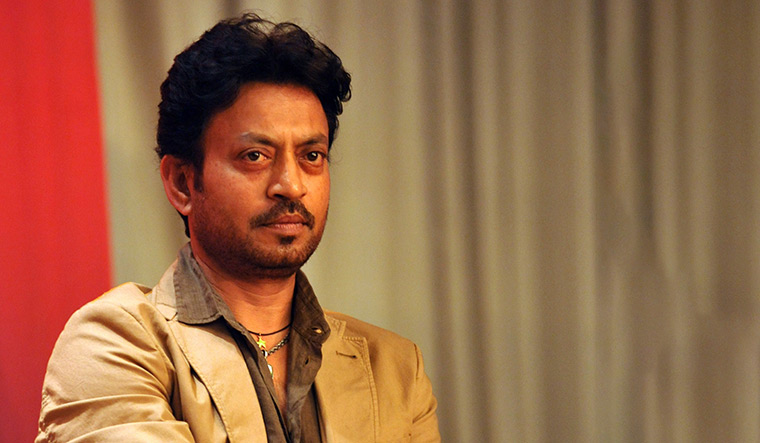 Bollywood actor Irrfan Khan, who will be next seen in the movie Angrezi Medium, recently opened up about his battle with cancer and how his wife Sutapa Sikdar stood by him during the tough times.

In an interview to Mumbai Mirror, the actor said when he was undergoing treatment for neuroendocrine tumour, Sutapa was with him 24/7. "She has evolved in care-giving and if I get to live, I want to live for her. She is the reason for me to keep at it still," the actor was quoted as saying.

He was diagnosed with the disease in March, 2018 and left for London for treatment. In February, 2019, he briefly visited India, and Angrezi Medium was shot during this period. He has been travelling back and forth for the treatment. The actor, who is still recovering, from the disease, is staying away from promotions of the movie.

Khan said in the past two years, after he was diagnosed with the illness, things have stopped mattering so much. “You screen out noises …You are selective about what you want to filter in. I have gone through tremendous but have somehow managed to control it, then, let go. You are playing hopscotch all the time," Mumbai Mirror quoted him as saying.

Speaking about battling the disease together as a family, the actor said, "It has been a roller-coaster ride, a memorable one. Happy moments were underlined because of the inherent uncertainty. We cried a little and laughed a lot. We became a huge body."

Presented by Jio Studios and Prem Vijan, Angrezi Medium, a Maddock Films production, is slated for a March 13 release. The movie, which a sequel to Hindi Medium also features Kareena Kapoor Khan, Dimple Kapadia, Pankaj Tripathi and Ranvir Shorey in the lead roles.

Ahead of the trailer launch of movie, Khan had shared an emotional video and said he won't be able to promote the film due to health issues.