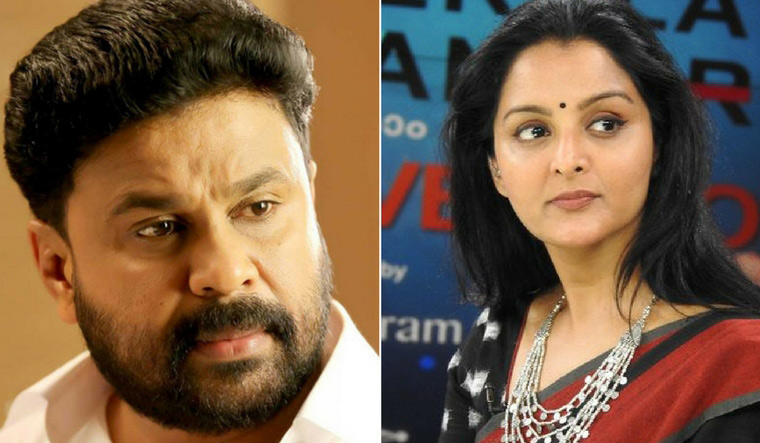 It is a crucial day in trial of the actress assault and abuse case, in which actor Dileep is an accused. Actress Manju Warrier, who is also Dileep's ex-wife, will record her statement in court on Thursday. The hearing will begin at 11am at the court in Kochi.

Manju's statement is crucial in the case as she is a key witness, and had alleged conspiracy in the actress attack incident even before Dileep was named in the chargesheet. What is ironic is that Manju and Dileep will appear together in the same court in which they were granted divorce five years ago.

Besides Manju, actors Siddique and Bindu Panikker will record their statements today. Geetu Mohandas, Samyukta Varma and director Shreekumar Menon will testify in the coming days. The trail in the case began on January 30. The court will examine 137 witnesses in total.

On January 6, the trial court framed charges against Malayalam film actor Dileep and other accused in the case including Pulsar Suni, Martin Antony, Manikantan, Vijesh, Saleem, Pradeep, Charly Thomas, Sanal Kumar and Vishnu. The Court had dismissed a plea filed by Dileep, seeking to exclude him from the list of accused. The Court had admitted the prosecution argument that there is prima facie evidence against him in the crime and dismissed the plea of the actor, who is eighth accused in the case. The court had also not allowed a plea by the actor to grant him 10 days time to file the appeal in a higher court in the light of the Supreme Court order in November 2019 that the trial should be completed in six months.

On December 19 last year, Dileep, along with his lawyers and a technical expert, had examined the contents of the electronic records at the closed room of the court. Earlier, the Supreme Court had directed that the actor be allowed to inspect the records to enable him to present an effective defence during the trial.

In February 2017, the actress was allegedly abducted and molested by the accused. Seven people, including the key accused 'Pulsar' Suni were arrested in connection with the actress' abduction case. There are 10 accused in the case. The entire act had allegedly taken place in a moving vehicle, which was filmed by the accused to blackmail her. Dileep was subsequently arrested and arrayed as an accused in connection with offences under provisions of the Indian Penal Code and IT Act.

-with inputs from PTI, Manorama