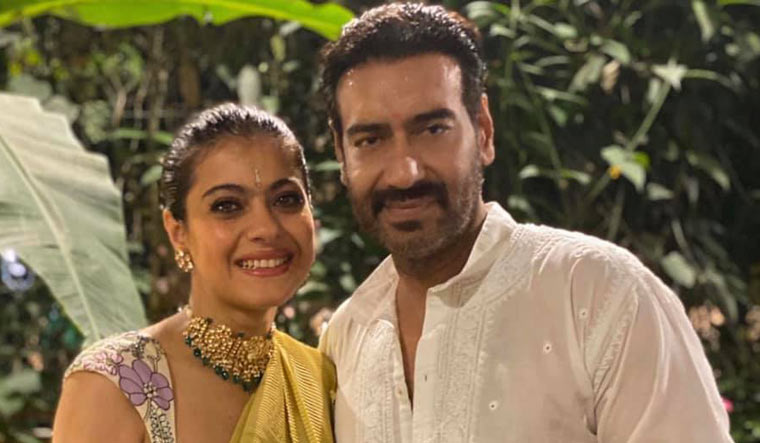 Bollywood star couple Kajol and Ajay Devgn seems to know how to pull each other's leg on social media.

Devgn shared on Twitter a still from their 1997 romantic comedy Ishq, also starring Aamir Khan and Juhi Chawla, with a caption 'Neend churayi meri kisne o sanam? Tuneeeee'. In fact, this is is a line from a song in the movie which was directed by Indra Kumar. The song, which was a major hit back then, was sung by Kumar Sanu, Udit Narayan, Alka Yagnik and Kavita Krishnamurthy.

Kajol was quick to retort. She too came up with a still from the movie in which she is seen sleeping. She captioned the photo: “Tumhari neend churake, dekho main kitne chain se soyi hoon.”

Fans were delighted to see the Bollywood couple's banter. Some of the users followed this up by sharing photos of the couple from Ishq and various other movies in which they were paired opposite to each other. One of the users also shared a photo of the marriage of the couple.

These were also those who responded to the pictures by wishing them all the very best for their upcoming movie Tanhaji: The Unsung Warrior, a biographical period action film. Directed by Om Raut, Tanhaji stars Kajol and Ajay Devgn apart from Saif Ali Khan, Jagapathi Babu and Pankaj Tripathi. The movie is based on based on the life of Tanaji Malusare, who was the military leader of Chatrapati Shivaji Maharaj.