Her name was Nirmala and she was an MBBS student 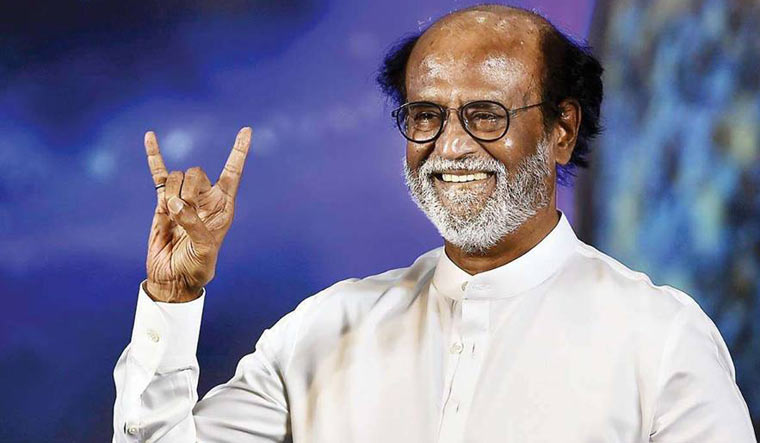 Veteran Malayalam actor Devan has impressed the movie goers with his amazing on screen presence and his terrific acting skills.

He has played quite a few villain roles that have achieved him iconic status. Devan enjoyed a breakthrough in Tamil cinema, playing the antagonist of super star Rajinikanth in the movie Baasha, which is touted as one of the all time super hits of the screen idol.

Devan, in a recent interview to Manorama News shared an experience that he had with Rajinikanth while filming for Baasha. Devan said he was incredibly excited to play the role of the villain opposite Rajinikant. He had shot for the movie in Mumbai for 10 days.

Devan revealed it was during those days that he understood Rajinikanth on a more personal level and he described the screen idol as a very humble person.

“After wrapping up the shoot for the day, the crew had reached the hotel. It was then that Rajini sir invited me to his room for dinner. It is quite usual that the lead actors of a movie on shooting locations do invite co-stars and I took his invitation very lightly. When I returned after a brief stroll outside, in the evening, the hotel officials said that Rajini sir had called on my room’s telephone quite a few times. I became so upset. It was only then that I realized how sincerely he had invited me. I immediately went to Rajini sir’s room. He was wearing a crisp white kurta with an ash mark on his forehead. He welcomed me inside with a graceful smile. I apologised for being late. However, he said that it was alright. We spoke about many things that night. During the conversation, he opened up about his personal matters too,” recalled Devan.

Devan said the superstar became uncomfortable as soon as their discussion turned to the topic of love and relationships. As he was talking about his college crush, Devan noticed that Rajinikanth was visibly upset, with his eyes welling up suddenly. Devan, who was quite curious, asked him whether he had had any relationships in the past. “He then narrated his love story; and I must confess that it was one of the unforgettable moments in my life,” said Devan.

Her name was Nirmala and she was an MBBS student.

Though Rajinikanth and Nirmala had started off on an unpleasant note, soon they became friends. Slowly, their relationship grew into something special. It was then that Rajini had invited Nirmala to watch a play in which he had acted. As promised, Nirmala reached the venue to watch him perform. “After a few days, a call letter from the Adayar film institute had reached Rajinikanth, confirming his admission to the institute. He was surprised as he hadn’t applied for it. However, he later realized that it was Niramla, whom he lovingly called Nimmy, who sent the application. When Rajini sir asked why she had done it, Nirmala replied, ‘You act very well. I think you are very special. I want to see you on the movie posters. I want see your huge cut-outs in front of the theaters. You should become an actor who is famous all over India. I have imagined all these when I watched you in that play. That is why I applied on your behalf. You should definitely go’. However, Rajini sir didn’t show much interest as it would cost money. Besides, he would have to quit his job to take up the course in Chennai,” narrated Devan.

Though Rajinikanth had initially refused to go to Chennai, Nirmala was not ready to back down. The next time she met him, Nirmala handed him some money and promised that she would send him money to go to Chennai and study cinema. With a heavy heart, Rajinikanth agreed and left for Chennai after quitting his job as a bus conductor. Within a few days after he began his course in Chennai, he lost contact with Nimmy. Rajinikanth rushed back to Bangalore to enquire about her. However, no one knew where she had gone. Though the actor went to her house, it was locked. The neighbors too didn’t had any idea about the family. All they could say was that Nimmy’s family had moved to a different place.

“As soon as he told me about Nimmy, Rajini sir hugged me and began crying. He then said, ‘Today, I am an actor; yet she hasn’t come looking for me. It is my Nimmy whom I look for wherever I go, be it the Himayala or America. I look for her in the crowds. Devan, why hasn’t she come for me? Why doesn’t she want to see me, even after I have achieved all these?”

Life moved on for Rajinikanth and years later he met Latha and got married to her on February 26, 1981, at Lord Balaji Temple in Tirupati, Andhra Pradesh. They have two children, Aishwarya and Soundarya. “Even when I met Rajini sir recently I asked him whether his Nimmy has come. However, he said no,” concluded Devan.