The film had stirred debates with its first look poster, teaser and trailer 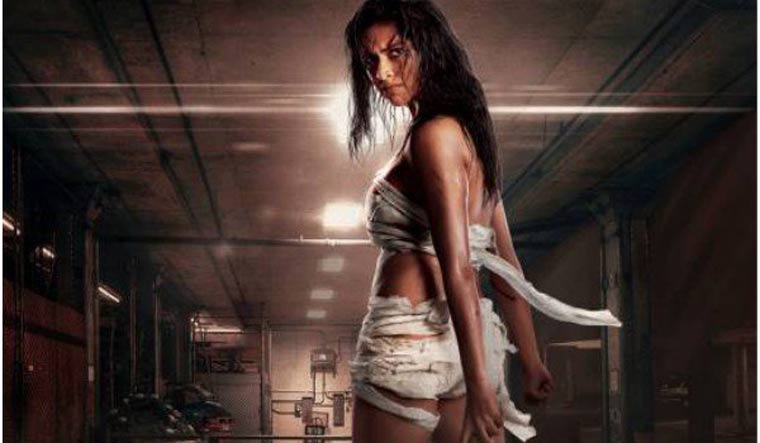 Amala Paul's highly anticipated Tamil film Aadai faced last minute cancellation of morning shows. The shows have been cancelled in Tamil Nadu and other states. Though there has been no official clarification, film critic and trade analyst Sreedhar Pillai tweeted:#Aadai caught in a financial issue, KDM’s r yet to be delivered. Morning and Press show cancelled, hopefully by noon things will be sorted out.

Aadai was set to clash with Vikram's Kadaram Kondan on Friday.

#Aadai caught in a financial issue, KDM’s r yet to be delivered. Morning and Press show cancelled, hopefully by noon things will be sorted out.

Actress Amala Paul has been receiving both criticism and praise for Aadai ever since the teaser released. With Amala as an unapologetic Kamini in the lead, the posters and trailer are being discussed for their bold content. The actress going nude in the teaser has also spiked the curiosity around the film.

ALSO READ: With 'Aadai', a wave of female-centric films in Kollywood this month

Amala Paul said she was on the verge of quitting the film industry before Aadai came her way. Speaking to The Hindu about the controversial nude scene, she said that the director had told her she could wear a special costume while filming the scene. “I asked him (director Rathna Kumar ) to not worry about it. It is only when I reached that point, I was feeling stressed. I was anxious to know about what is happening on the sets, who were all going to be there, and if there was security. There were only 15 people on the sets. I wouldn't have done the scene if I didn’t trust the crew," she said.

She also said that she was not bothered about the criticism the teaser has received.

The trailer, which was released by Anurag Kashyap on Saturday, shows Amala in full glory, partying, hanging around with friends, and sporting different avatars. During a night of heavy partying, she tells her friends: “Are we humans born wearing a dress? So if we remove what we are wearing, the body becomes the actual birthday dress!” The teaser which released earlier, had shown a shaken Amala, waking up naked in an abandoned office. All these have increased the anticipation around the film. While sharing the trailer, Anurag Kashyap had in fact tweeted: “So proud to be releasing the trailer of Aadai. Makes me want to watch the film and more than that waiting to see the reaction of the purists.”