It's Kadaram Kondan vs Aadai today, what early reviews say 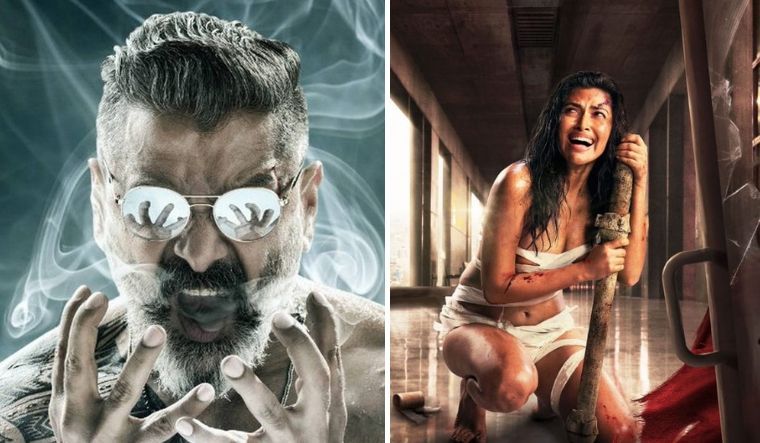 Two highly anticipated Tamil movies—Vikram's Kadaram Kondan and Amala Paul's Aadai—hits screens Friday. While Kadaram Kondan is an out and out action thriller for Vikram fans, Amala Paul takes on an unapologetic avatar in Aadai. According to reports, morning shows of Aadai were cancelled due to 'financial issues'.

Kadaram Kondan, which also stars Akshara Hassan, is directed by Rajesh M. Selva and bankrolled by Kamal Haasan's Raajkamal Films. Kadaram Kondan was initially written for Kamal Haasan, but was later passed on to Vikram after the former got busy with his foray into politics. At the trailer launch of Kadaram Kondan, Vikram said: “The action scenes have come out well matching the standards of international films. I believe that Kadaram Kondan will be a milestone film in my career and take me to a new section of audiences.

Aadai is directed by Rathna Kumar of Meyaadha Maan fame. Talking about Aadai, Amala Paul had said she was contemplating quitting acting before Aadai came her way. The posters and trailer were being discussed for their bold content. The actress going nude in the teaser has also spiked the curiosity around the film. While sharing the trailer, Anurag Kashyap had tweeted: “So proud to be releasing the trailer of Aadai. Makes me want to watch the film and more than that waiting to see the reaction of the purists.”

Early reactions for Kadaram Kondan are pouring out on social media.

#KadaramKondan - The Complete & a Well made action movie. 👌🏻Thoroughly engaging...

For the Stunts, Vikram’s looks & The Music. WORTH it !! @GhibranOfficial’s owns this movie completely🎶🎶🔥🔥

#KadaramKondan 1st half is like roller coaster ride.. Stunts & bgm were amazing.. Chiyan is the pulsating.. If 2nd half carries the moment like this.. Then it will be massive comeback for Vikram.. @RajeshMSelva nails in direction department