With 'Aadai', a wave of female-centric films in Kollywood this month 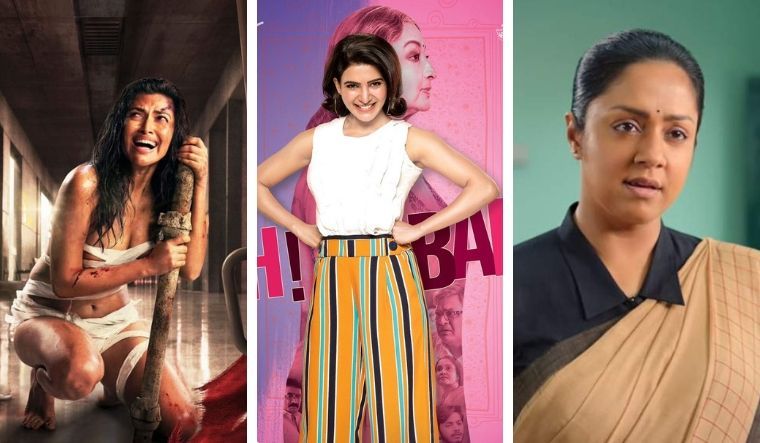 During a media interaction before her upcoming film Aadai, which releases Friday, actress Amala Paul revealed she was all set to quit her acting career. But that's when Rathna Kumar's Aadai came her way and she decided to take on a new avatar. The actress said she had been turning down scripts that were mostly hero-centric, and placed her as a heroine. Even with the so-called women-centric scripts that came her way, there wasn't anything powerful or unconventional.

In Aadai, Amala plays an unapologetic Kamini who lives life on her terms. The teaser has been noticed for its 'bold' treatment, particularly in a scene where Amala is clothless. Having faced enough social media hatred for the same, Amala also said she was undeterred by it.

Interestingly, on Friday, Aadai clashes with Tamil superstar Vikram's Kadaram Kondan. That in itself is a welcome challenge in an industry mostly dominated by male actors, barring female superstar Nayanthara of course who has been leading the way with female-centric films and ruling the box office. With Amala Paul's film releasing on the third week of July, it's been a good time for such films in Kollywood—Jyotika's Raatchasi, Samantha Akkineni's Oh! Baby and Taapsee Pannu's Game Over in June. Also coming up is Nayanthara's highly-anticipated thriller Kolaiyuthir Kaalam.

While Raatchasi saw Jyotika play a strict headmistress who tries to fix the education system, Oh! Baby saw Samantha channel her inner child. Oh! Baby, an experimental comedy film, was originally made in Telugu, and released in Tamil, too. Taapsee Pannu-starrer Game Over was widely appreciated for its fine plot that aptly dealt with the workings of a woman's psyche.