Glad our movies are celebrating our achievements: Vidya Balan 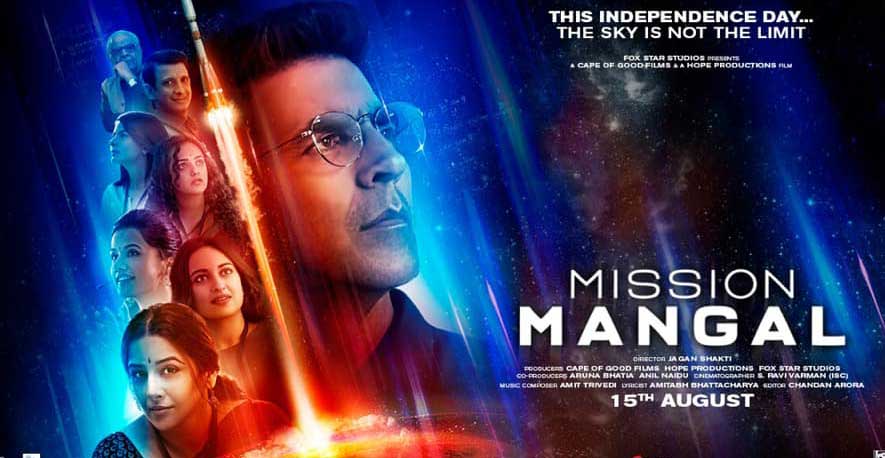 Vidya Balan on Thursday said real life stories like the successful launch of the Mars Orbiter Mission by Indian Space Research Organisation (ISRO) should be celebrated by the society and cinema.

The actor, who plays one of the scientists behind the 2013 project said she fell in love with the story the moment director Jagan Shakti and producer R Balki narrated her the script. The actor recalled that it was the first film in her career when she said 'yes' immediately.

"I felt this story needed to be told. We Indians do not wear our pride on our sleeves for our country and I am glad that more films are being made that make us aware what a great nation we are.

"When I roam around the world, I see people are so proud of their nation or heritage. If there is anyone who needs to be proud, it is us. Our culture, our history and our achievements are great and we should start celebrating them. I am glad our movies are doing that and 'Mission Mangal' is doing that," she said at the trailer launch of the film.

Talking about her experience of working with a predominantly female cast, Vidya said, "I can say this with utmost honesty that we all are extremely secure actors because we were appreciating others. We had so much fun while working on it that Jagan Shakti (director) had a tough time giving us directions."

Sonakshi, said the film celebrates the spirit of team work, something that was true behind the scenes as well.

"We all are happy and proud to be part of this film," she said.

Taapsee said they had tried to recreate the photo of the saree-clad women scientists celebrating the launch in the film as well.

"We have tried our best to show the achievements of these women in a two-and-half-hour film," she said.

Nithya, who is making her Bollywood debut with Mission Mangal, said she was glad to have chosen this project as her first Hindi film.

"I wanted to debut in a good film and I have always followed that in South. We all worked as a team on the film. We used to eat together and Akshay would insist we eat together and he would get food for us. I felt welcomed and accepted here. I did not feel like this is my first film in Hindi."

The film is set to be released on August 15.