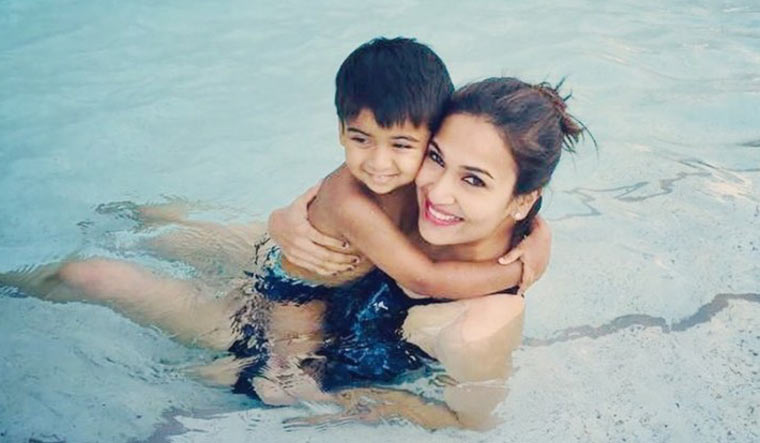 Kollywood director and daughter of superstar Rajinikanth, Soundarya Rajinikanth, faced the ire of netizens after she posted a picture of her with her son Ved in a pool.

The picture, which has been deleted in the wake of criticism, had the caption, “Teach them early ... and they learn to shine by themselves !!! #Swimming is an essential activity !! #TeachThemYoung #KeepThemActive #WaterFun #EnsureSafetyAlways #NeverLeaveThemAlone #Motherhood #Bliss”

She faced backlash for the pics in the pool as Chennai and some other parts of Tamil Nadu have been reeling under severe water shortage since last month owing to poor storage in various reservoirs following deficit rainfall. Many of her followers on social media reminded her that such a post might appear inappropriate as the state has been facing severe water crisis.

In the wake of the criticism, she took to Twitter to clarify that the picture was from her "throwback" collection and added that she deleted the post “considering the sensitivity” of the situation. "Removed the pictures shared in good spirit from my travel diaries considering the sensitivity around the current water scarcity we are facing. The throwback pics were to emphasise the importance for physical activities for children from a young age only. #LetsSaveWater," she said.

Removed the pictures shared in good spirit from my #TravelDiaries considering the sensitivity around the current #WaterScarcity we are facing 🙏🏻. The throwback pics were to emphasise the importance for physical activities for children from a young age only 🙂🙏🏻 #LetsSaveWater

Meanwhile, Rajinikanth had, on Saturday, spoke about the need to take up rain water harvesting on war-footing to tackle the water crisis in the state.

"As of now, immediate measures that need to be taken is saving rain water. It should be on a war-footing mode. Then all water bodies, including lakes and ponds need to be desilted ahead of the monsoon season", the actor had said in Chennai, reports PTI.

Kollywood too is doing its bit to help end the water scarcity in the state. The extensively used "rain effect" scenes have been put on hold or completely avoided. Film maker G. Dhananjayan had said rain shots are being done away with as using so much water for a particular scene is a "criminal waste".