The movie is said to be inspired from real incidents 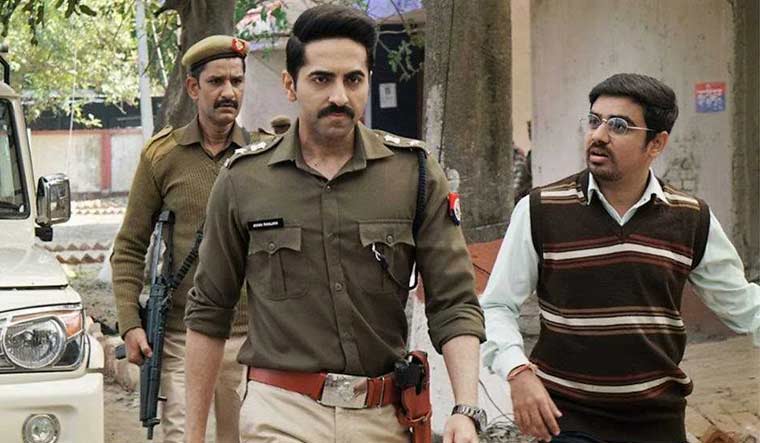 An advocate Monday moved a court in Muzaffarpur alleging that Brahmins have been depicted in a disparaging manner in upcoming film Article 15, featuring Bollywood actor Ayushmann Khurrana.

Advocate Shiv Kumar Jha moved Chief Judicial Magistrate Suryakant Tiwari's court saying that "being a Brahmin", he felt hurt on watching the promo of the movie, directed by Anubhav Sinha, on Youtube.

Fearing that the film may trigger communal tensions between different castes, Jha said the movie also made derogatory reference to "a particular dalit community".

Naming actor Khurrana, director Sinha and film's various crew members, including music directors Anurag Saikia and Mangesh Dhakde in his complaint, Jha sought initiation of criminal proceedings against all of them under sections 153, 153 (A), 500 and 506 of the Indian Penal Code.

The four sections relate to offences of giving provocation to cause a riot, promoting enmity between different groups on grounds of religion, race, language etc and jeopardising communal harmony besides causing defamation and making a criminal threat.

On Jha's prayer to summon those named in the plaint, the court fixed June 17 to hear it next.

Slated for release later this month, Article 15 is based on the theme of social discrimination on the basis of caste, religion and sex which is prohibited under Article 15 of the Constitution.

Encapsulating one of the key Fundamental Rights of the citizens, the Article 15 also stipulates that on grounds only of religion, race, caste, sex etc., no one will be denied access to shops or any public place maintained wholly or partly out of state funds.

It is this article of the Constitution which also empowers the state to make special provisions, like reservation in government jobs or admission in state-aided educational institutions for the people of socially and educationally backward sections of the society, besides the scheduled castes and tribes.

The movie is said to be inspired from real incidents such as the infamous Badaun gangrape allegations wherein two teenage girls were found hanging from a tree in Uttar Pradesh and flogging of Dalits at Una in Gujarat where they were caught skinning carcasses of a cow by a group of vigilantes.