Joaquin Phoenix plays Jesus in a film, but refuses to enact 'miracle'

It doesn't make any sense, the actor said 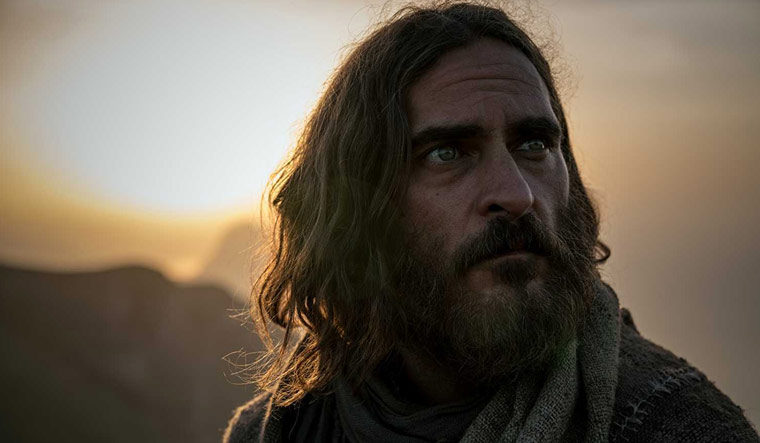 Joaquin Phoenix is known to go out of his way to prepare and perfect a role. His characters in The Master and Her among others are a testimony to the efforts he puts in to get into the skin of the characters.

It then comes as a surprise that the actor refused to something for a movie for which he went through a physical transformation of sorts, including growing hair and beard. Phoenix plays Jesus in the movie Mary Magdalene, directed by Garth Davis.

According to media reports, the actor was asked to enact a miracle of healing a blind woman by rubbing mud on her eyes that Jesus is supposed to have performed. Phoenix refused to perform the act, and later he told CNN that he was aware of the scene from the Bible, but “never considered it”.

"When I got there, I thought: I'm not going to rub dirt in her eyes. Who the f*!# would do that? It doesn't make any sense. That is a horrible introduction to seeing,” the actor was quoted as saying. Instead, he licked his thumb and rubbed her eyes.

Explaining his decision, the actor said the scene wasn't much about an actual miracle, but a blind person, who was dismisses by the society, getting touched and accepted by a holy person.

Mary Magdalene, which has already been released in a few countries, tells the story of Jesus from a feminine perspective. Rooney Mara plays Mary Magdalene in the movie.