Is it possible to spend an extra 2% of GDP on this right now, asks Banerjee 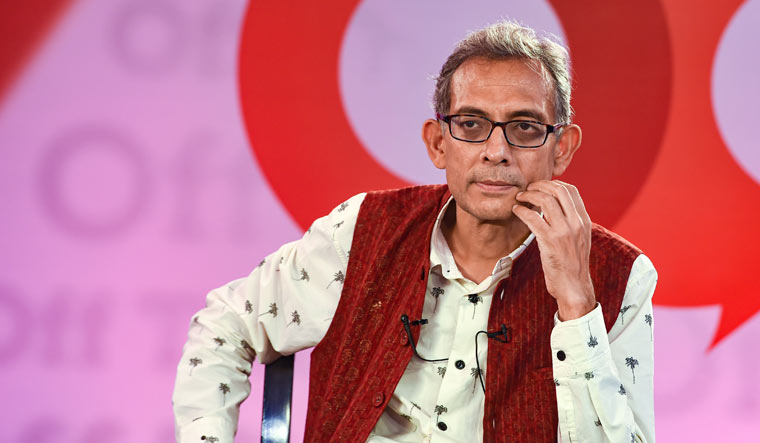 Nobel Laureate Abhijit Banerjee at an event in Delhi | PTI

Economist and Nobel Laureate Abhijit Banerjee has a piece of advice to the Indian government as the country is battling a raging COVID-19 wave—increase pandemic spending. “I’m not sure the government is calling it right. Is it possible to spend an extra 2% of GDP on this right now? Probably - many countries have borrowed 10 times that amount, so why not?" Bloomberg quoted Banerjee as saying.

After a series of stimulus announcements last year, the Narendra Modi government is yet to announce any economic package this year even as the nation is braving a second but worse wave of the COVID pandemic. Amid clamour for fiscal stimulus package, media reports said that the Centre is readying one for sectors worst affected by a deadly coronavirus wave.

The finance ministry is reportedly working on proposals to bolster the tourism, aviation and hospitality industries, along with small and medium-sized companies. The discussions are at an early stage and no timeline for an announcement has been decided.

Banerjee, who was co-recipient of the 2019 Nobel prize for economic science for his work on poverty alleviation, believes the horrors of the latest outbreak, which saw widespread oxygen shortages and a collapse of its health system, means India won’t just assume it has beaten Covid following statements to such effect from government officials earlier this year, including Modi himself.

“This one was so disastrous that it actually may remain in peoples’ minds longer,” he said. “The government is being more careful to say there will be a third wave. All of those might mean that people remain more careful after the lockdown is lifted.”

Banerjee believes that India is far from attaining herd immunity. “Lots of places remain relatively untouched, and that remains the basis for another wave,” said Banerjee, who hopes the crisis will spur meaningful improvements to India’s health network. “There’s a tendency in the health-care system to favor opening fancy hospitals, which can be kind of newsworthy, over trying to do little things in little health centers.”