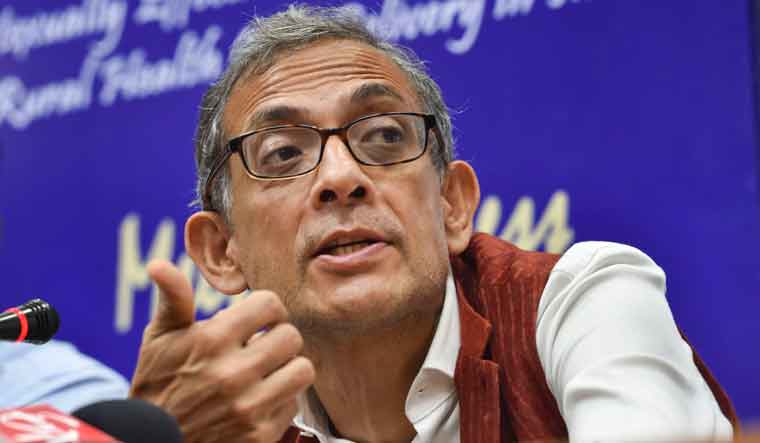 Renowned economist and Nobel laureate Abjijit Vinayak Banerjee has trashed the ideology that calls for lesser or limited government interventions towards uplifting the poor, arguing that such freebies make the poor lazy, saying there is no evidence whatsoever proving so.

He said his own research on the subject across diverse economies in Asia, Africa and Latin America in the past decade and more does not support this ideology, rather it proves that those who have benefited from public and non-governmental interventions wherein they were given free assets did in fact became more productive and creative.

Addressing the 20th foundation day of Bandhan Konnagar, a Bengal-based NGO, which is the CSR wing of Bandhan Bank—the non-profit-turned-MFI-turned-universal bank—on Sunday, Banerjee said there is no data and no empirical evidence anywhere to establish the ideology that getting freebies or getting free assets make the poor people lazy.

This ideology has been pushing successive governments to give less to the poor so that they don't become lazy. But we have seen no evidence to this effect anywhere, not even in India, instead we have seen everywhere improvements, he said.

The economist also partly blamed those people hawking this ideology for the large number of the poor here and elsewhere as this had successive governments leaving poverty reduction and other socioeconomic impactful measures to non-profits and private sector till about the middle of the first decade of the new millennium when Manmohan Singh-led government unveiled the rural jobs guarantee scheme.

This and many other affirmative actions has lifted nearly tens of millions out of poverty in five years after the implementation. He said an analysis of a decadal data from Bandhan when it was an NGO, clearly established the impact of its work on the poor who have seen on average 25 per cent income growth helping them consume 18 per cent more.

This is a great data-driven lesson, gained from his randomised control trials, in fighting poverty over a long period, Banerjee said, adding the first lesson in this is that when the poor become better off, they become more creative in generating more wealth and leading better lives including by sending their kids to better schools far away from their villages.

Data from my randomised control trials clearly showed that they are those people who benefited from public/non-government help have seen income increasing by 25 per cent leading to an 18 per cent jump in consumption he said.

While calling for more globalisation and free trade, he, however, admitted that fight against poverty has become more complicated in a globalised world as globalisation has created new forms of risks—the now raging pandemic is one of the best examples of such new risks—especially for the poor as they suffered the most from the lockdowns across the world.

The globalised world has more risks of varied formats and we need more impactful and nuanaced risk mitigation measures and mechanism to tide over them and not puncturing the wheels of globalisation.

This could be done by upskilling, re-skilling and learning new skills, he said, adding globalisation arond the world and more so in our country has had limited success because we have not paid enough attention to creating risk mitigation mechanism.