The jump added over $100 billion to Tesla’s market capitalisation 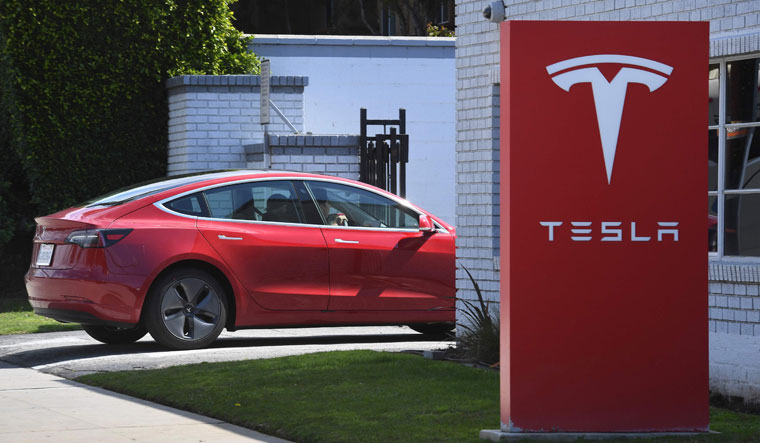 Elon Musk seems to be closing on his wealth gap with Amazon founder Jeff Bezos, thanks to Tesla shares surging nearly 20 per cent on Tuesday. Shares of the electric vehicle maker rebound from a deep selloff with its largest daily gain in a year after data showed an increase in China sales and an analyst raised his rating on the stock.

A steady stream of positive news--including an upgrade from a Wall Street analyst, a rally in the cryptocurrency Bitcoin and a broader turn in sentiment toward high-multiple technology stocks--are luring investors back to electric-vehicle makers, and Tesla.

As a result, Musk's wealth soared $25.1 billion as share price of the Electronic Vehicle manufacturer zoomed 20 per cent on Tuesday as investors turned their focus back on stock while yields seemed to be relaxing. Elon Musk was the richest person in the world according to the Bloomberg Billionaires Index, for six weeks before Jeff Bezos reclaimed the position while Tesla’s stock price plummeted.

Tesla has been at the heart of market volatility in recent months, last year soaring to become the world's most valuable car maker despite producing a fraction of the volume of vehicles made by more conventional rivals.

The jump, which added over $100 billion to Tesla’s market capitalization, stopped a five-day streak of losses for the company in a Nasdaq slump in which investors spooked by rising interest rates have abandoned growth stocks with heady valuations.

Tesla’s stock ended at $673.58 after its strongest daily rise since February 2020. The stock remains down more than 20 per cent from its January record high.