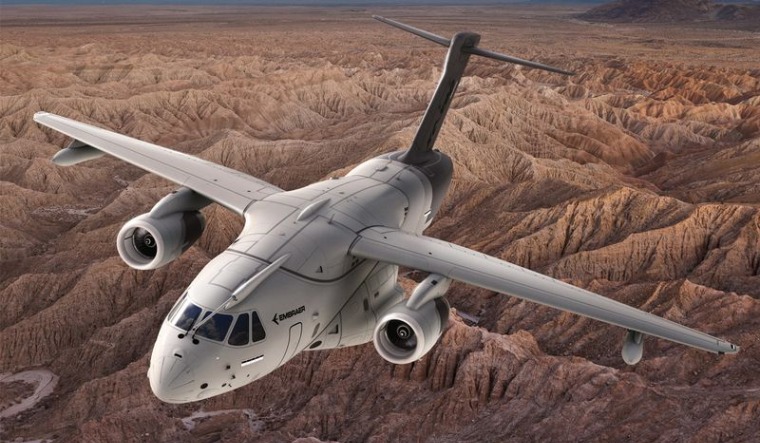 Reuters reported on Monday that Brazilian aerospace giant Embraer considers India and China as possible new partners to tie up with its commercial jets division. Embraer is the world's third-largest aircraft maker after Boeing of the US and pan-European Airbus. Its commercial division focuses mostly on regional and business jets that are smaller than aircraft built by Boeing and Airbus.

Embraer has been scouting for foreign investment after a major deal with Boeing, worth about $4.2 billion, was terminated by the US company in late April. The deal with Boeing envisaged the US company taking an 80 per cent stake in Embraer's commercial aircraft business and a 49 per cent stake in its C-390 Millennium military transport jet programme. The C-390 Millennium is a twin-engine jet transport aircraft, which falls in the same category as the iconic US-built C-130 Hercules, and has been purchased by the air forces of Brazil and Portugal.

Due to the collapse of the deal with Boeing and the disruption caused by the coronavirus, Embraer on Monday reported a loss of $292 million in the first quarter of 2020.

Embraer Chief Executive Francisco Gomes Neto was quoted by Reuters as describing China and India as "potential partners" in areas such as "products, engineering and production".

Reuters reported that a tie-up with Embraer would help in realising India's plans for an "80-90-seat regional jet" to boost air travel to smaller towns as part of the UDAN network.

R.K. Tyagi, ex-chairman of Hindustan Aeronautics, told Reuters he had written to the Narendra Modi government, urging it to move fast. “Any country with ambitions will look at this. I feel this is a good opportunity. Valuation is down and if we get control of a modern, proven aircraft programme, it is a big jump," Tyagi told Reuters.

Reuters reported that "Tensions with China have risen since Brazil’s rightwing President Jair Bolsonaro took over last year, while Brazil has deepened ties with India in various sectors". Moreover, Chinese involvement in development or purchase of the C-390 programme would antagonise governments in Europe and the US. Furthermore, the C-390 utilises systems from multiple US and European companies, making potential Chinese collaboration untenable.

The Indian Air Force operates Embraer's ERJ-145 business jet for short-haul trips of VVIPs like the prime minister and president. The ERJ-145 is also the platform for the indigenous Netra airborne early-warning system, which played a key role in the Balakot attack and its aftermath. It is yet unclear whether the Indian Air Force would be interested in the C-390 as it already operates the C-130 Hercules.