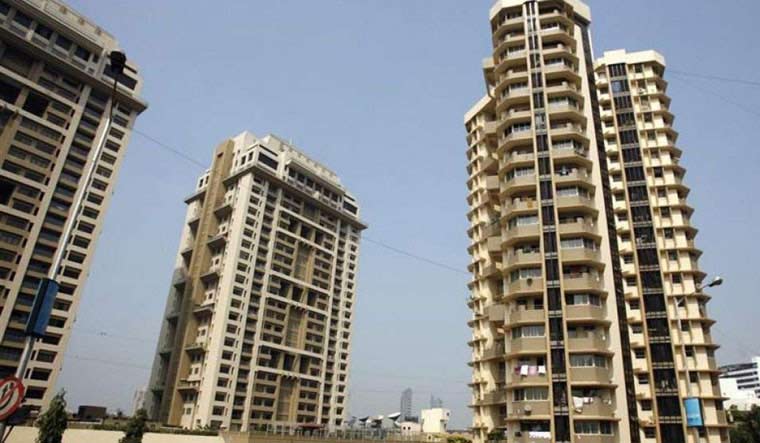 The Modi Government in its first term is credited for bringing some landmark steps to vitalise and boost the Indian real estate industry. Real Estate [Regulation and Development] Act (RERA), demonetisation, real estate investment trust (REIT) and GST have been instrumental in bringing the industry towards more organisation, transparency and structure. The government has also taken prudent steps to boost the infrastructure in the form of affordable housing, new industrial corridor, smart city plan and much more.

With clear majority and mandate, it is evident that in its second installment, the Modi 2.0 government will continue to strengthen its initiatives along with undertaking broader reforms for the industry. Indian real estate is already undergoing a revival, as transaction volumes have picked up Y-o-Y to the tune to 45-60 per cent in major Indian cities. A strong mandate will further instill confidence in the sector and contribute to building momentum.

A stable government at the center is expected to give a boost to the economy and facilitate more foreign funds inflows in the country. The glimpse of which was probably shown with the Sensex crossing the historic 40,000 mark. Analysts and industrialists alike feel that the government will take stronger measures to reform the economy and aid growth. The political capital of 350+ seats will further encourage the government to undertake stronger reforms.

In its election manifesto, the government has pledged to give cash handouts to farmers, spend over USD 1.4 trillion to develop infrastructure and double the exports. Such proactive plans in conjunction with tax benefits to the middle class can boost the economy and reverse the recent slowdown in consumer spending. A healthy economic outlook will also revitalise the real estate industry and result in heightened demands.

Over the past few years, with a string of policy reforms such as RERA, demonetisation and GST―Indian real estate has started to feature high on the radar of institutional players. Out of the USD 30 billion of institutional money that has come during 2009-2018, over 65 per cent has been invested in the last four years. Interestingly, around 70 per cent of such capital has emanated from international sources. A stable and majority-based government will further instill confidence amongst international and domestic investors. It is expected that the institutional deal inflow will double in the foreseeable future. 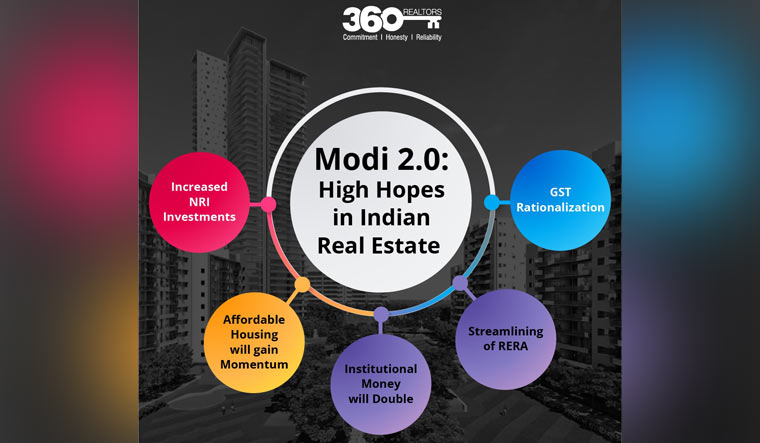 NRI investments will get a boost

In FY 2018-19, NRIs have poured around USD 11 billion into Indian housing industry, as per estimates by 360 Realtors. The spurt in NRI money is also attributed to the host of reforms and policy makeovers taken by the government. As Modi has achieved a thumping majority in the Lok Sabha elections, the NRI inflow will further get a shot in the arm, stemming more increased confidence. A dip in the value of rupee will further incentivise the NRI investments.

The government will take further steps to streamline the RERA implementation in the country. The industry has been waiting for faster/single window clearance since long and the new government should take proactive steps in this direction. A faster window will help in rationalising the cost of development and make real estate more affordable.

The government should take initiatives to redress the recent NBFC crisis that has affected developer funding in the country. Despite the recent revival in the market, Indian real estate suffers from a huge pile of unsold inventory and delayed projects and, hence, requires systematic intervention from the government and regulatory bodies.

The industry also expects rationalisation of taxes by merging stamp duty under GST. This will give a further push to the industry by easing out the cost of development.

Affordable housing will be a major agenda

In 2015, the Modi government announced that by 2022, housing will be provided to every citizen in India. The government pledged to build 29.5 million new rural homes and around 12 million urban homes. As the government has been re-elected “Housing-for-All” will gain steady momentum. If not in 2022, then at least by 2024, the ambitious plan will reach its fruition. However, the government needs to stay committed to the same.

Similar to the affordable housing projects, the ambitious smart city plan has been incubated in the first term. It is expected that the plan will receive continued efforts from the government to reach its logical conclusion.

The writer is MD and CEO of 360 Realtors