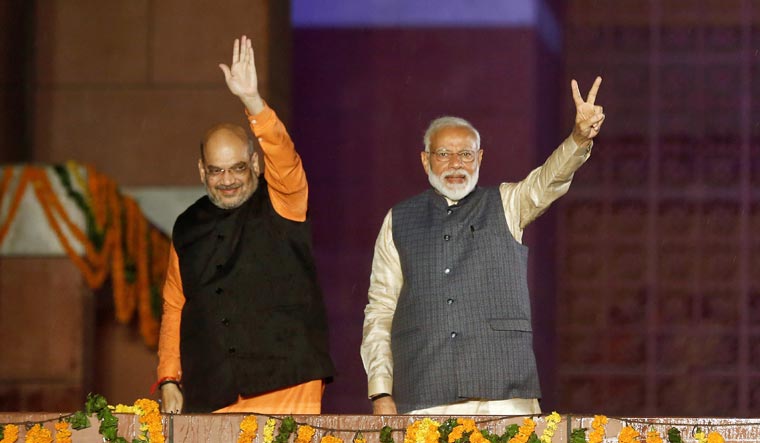 India’s top businessmen and industry bodies have congratulated the Narendra Modi-led government for winning the Lok Sabha elections and hope with the decisive mandate, there will now be an immediate focus on measures to revive the economy and job creation, apart from taking steps to ease the farm distress.

Kotak who is the CEO of Kotak Mahindra Bank says it is time for transformation of India and time for deeper reforms.

Another industry body FICCI has submitted a six-point agenda to the government, which includes passage of pending bills, announcement of policies for e-commerce, industry, retail and e-pharmacies, simplification of GST, lowering of interest rates, addressing farm distress and creation of an eco-system that will promote employment.

“There is an urgent need to bring investments on track and boost consumption to better GDP growth from the current around 7 per cent level, which will help in generating more jobs and taking care of the rural distress,” said Sandip Somany, president, FICCI.

India’s economy has slowed over the last few quarters. Industrial production contracted in March and slowdown signs can be seen across automobile and consumer goods sectors. Fixing the economy should be on the agenda of the government, say businessmen.

“Congratulate Prime Minister Modi and party president Amit Shah on the Lok Sabha election win. You now have a powerful mandate for building a new India. We all hope with great enthusiasm that the initial 100 days will be effective,” said Anand Mahindra, chairman of the diversified Mahindra Group.

Sanjay Chamria, vice-chairman and MD of Magma Fincorp said the second term is a reflection of India voting for stability.

“The government needs to target bringing growth back to the economy as its one point plan. The government’s chief move in the financial sector should be to address the lack of money movement at banks and accelerate the flow of money in the system at large,” he said.

Harsh Goenka, chairman of the RPG Group said the resounding victory of the BJP reinforced voters choice of their most able leader to lead the nation.

“Unfinished agendas will get continuity and time to usher in prosperity and growth, both for Bharat and India,” he said.

Goenka says the government should focus on job creation for the youth, developing credibility of institutions, drive in agri reforms, usher in social harmony and give a thrust to manufacturing and infrastructure.

“The sector expects the new government to emphasize more on re-energizing the reforms related to infrastructure investment, land acquisition reforms and speeding up the regulatory functions of the state. We expect the government would take measures to expedite and streamline the environment clearances for the new projects which is a two stage process and takes 2 to 3 years,” he said.

N.S. Venkatesh, the chief executive of Association of Mutual Funds of India (AMFI) also expects the political stability to drive a pro-reform economic agenda, thereby help improve fundamentals of the economy, which would in turn translate into robust equity and debt markets.

“It is time for bold reforms and wholly transform the country. The government should create healthy ecosystem for business and entrepreneurs should take responsibility to create high-productivity jobs,” said Arvind Panagariya, who served as the vice-chairman of the NITI Aayog between January 2015 to August 2017.

Gautam Adani, chairman of the Adani Group feels the “prudence” illustrated by the electorate augurs well for India.

“Moving into the next level of development requires focus on large scale infrastructure growth, reskilling of the workforce and deeper penetration of technology,” he said.