Meeting Aditi Verma, the entrepreneur with Down syndrome

Aditi spoke about her journey at the We The Women forum 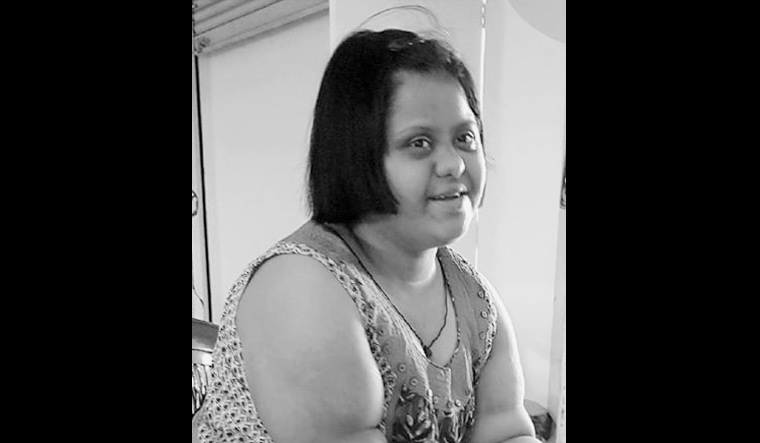 Back in 1994, when Reena Verma learned that her daughter Aditi was born with Down syndrome—a genetic disorder which slows down intellectual and physical growth—she was devastated.

Aditi was just two-and-a-half years old when she underwent open-heart surgery. In school, the other kids would not play with her and she was later shifted to a special school.

Now, at 25, Aditi runs her very own cafe, Aditi’s Corner in Navi Mumbai, where she cooks, handles accounts and inventory, and is a local celebrity. Her mother could not be prouder.

On Sunday, Aditi, her mother, and her father came to deliver an inspiring talk at We The Women—a platform for conversations with women achievers from various walks of life. Backstage, they met with The WEEK.

Aditi, short-haired and dressed in a casual kurti, was calm, contained and spoke expressively, answering all questions when she took the mic to tell her story.

"My uncle, a doctor told me about my condition. Friends wouldn't play with me in the school i was in and that's when they got me shifted to a special school. I did well in dance and drama and also learnt to cook. I now look up YouTube and try experimenting with various recipes at home, including baking."

Aditi's first tryst with the outside world happened when she began to work as a data entry operator in her parents' company and became good at it. However, monotony soon set in and Aditi, being the ambitious girl she is, wanted to "start something of my own."

"We got her a space that was in the same building as ours. Initially she was so desperate to do something of her own that she proposed making tea herself and selling it to every office in the building. Soon, the idea of a cafe took off and she took to managing the show like a pro," says Reena.

According to experts, children with Down syndrome struggle with mathematical calculations and logical abilities. But, everyday from 10am-7pm. Aditi is in her cafe, handling the accounts, managing the inventory and chitchatting with her customers. "Have faith in us. We are also as intelligent and smart as everyone else who don't suffer from a Down syndrome. I know it is very depressing for parents to handle us but i thank my parents from the bottom of heart for never losing their faith in me."

Aditi runs the cafe with the help of two assistants. She loves watching Takh Mehta on television and follows chef Vikas Khanna with great enthusiasm. Her ‘veg maggi’ is a very popular dish in Aditi's Corner.

Aditi’s cafe completed four years of operation in 2019. This was also the year that Aditi was chosen for the 2019 Hellen Keller award. She leaves for Delhi to collect it the very next day after her talk at We The Women.

"We genuinely request all parents whose children are born with Down syndrome to never ever give up on them. They are bright, smart and need encouragement like any other child. Don't compare them. Be sensitive to them and they will give you all the love they have."