I proved that women too can play the saxophone, says Subbalaxmi 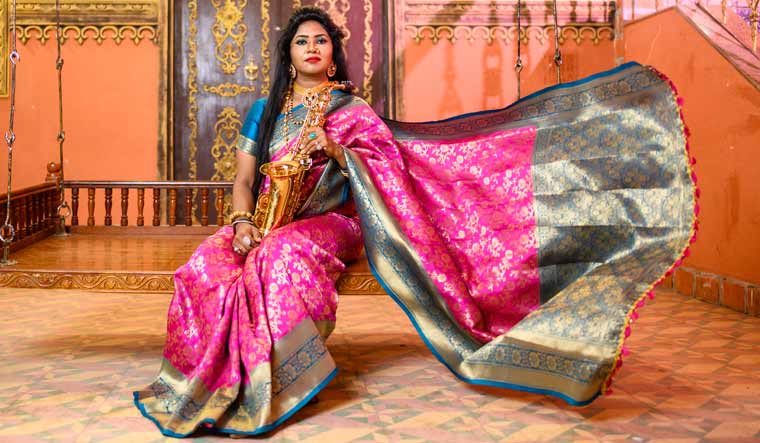 M.S. Subbalaxmi, popularly known as Saxophone Subbalaxmi, performed at a concert in Bengaluru the evening before giving birth of her son Rudraksh, now 10, and was back to performing on stage in 15 days. Why? It was extremely important for her as rumours of her giving up on music had begun doing the rounds right from the time she announced her pregnancy.

“People had begun asking for refund after months of having booked their tickets because they thought that I won't be able to deliver. As a woman I have not had it easy. I think none of us do. Besides my parents, nobody else supported me in my music career with the saxophone. First of all, saxophone itself was not as popular as say, a guitar. And then a girl pursuing it was sheer disbelief,” Subbalaxmi said, during the opening session of We The Women forum in Mumbai. Her fight against prejudice began the moment she decided to learn the saxophone at the tender age of 13.

She was the first and only female saxophone student of her master, Dr Kadri Gopalnath in the initial days, before going off to pursue a highly successful career spanning 23 years. 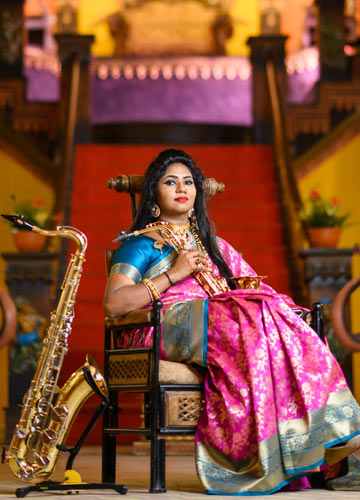 Subbalaxmi was the first and only female saxophone student of her master, Dr Kadri Gopalnath

Sharing her name with the legendary M.S. Subbulakshmi didn't help either, she jokes. “It is only competence that matters. And I proved to the naysayers that women, too, can play the instrument, any instrument for that matter. When people judged me, saying that I would not be able to handle a 7-kilo musical instrument, and go through 120 minutes with it, I did exactly that to prove them wrong. Of course, my lung capacity and stamina take the credit,” she says with a laugh, speaking to THE WEEK backstage.

Dressed in a chanderi saree with heavy jewellery and her trademark nose ring, Subbalaxmi looked riveting. Her husband Kiran Kumar has left his full-time job in the IT sector and accompanies her to shows. Subbalaxmi's performances typically begin with traditional Carnatic music before progressing to fusion songs, but at We The Women, she started with Bob Marley's ‘Get Up Stand Up’.

“I remember there was a time when I'd have no more than two people attending my show. I used to be given non-prime time shows and hardly any money.” She began performing at temples and smaller sabhas before going on to bag prime slots at bigger concerts. Now, her shows are pre-booked a year in advance.

Subbalaxmi and Kiran Kumar got married in 2009 and reside in Bengaluru with their son. She was born in a family of music lovers―her grandfather Sri M.R. Rajappa was Asthana Vidhwan in the prestigious Mysore Palace and her father was an A grade mridangam staff artist in All India Radio. Her mother, too, is a hobbyist singer in Mangalore.