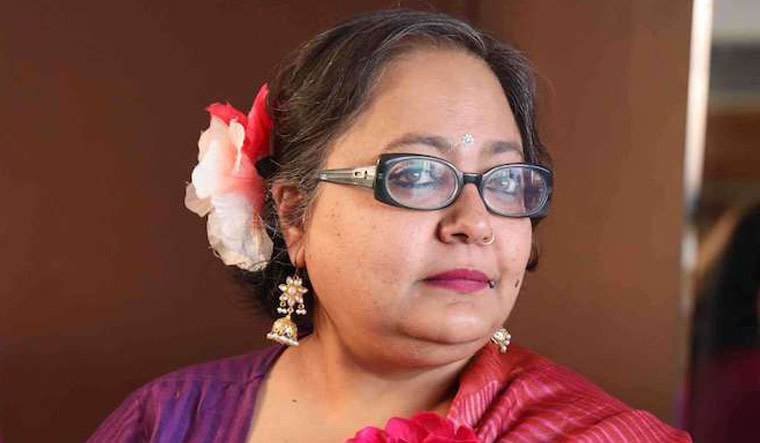 Documentary filmmaker and screenwriter Paromita Vohra is known for films that explore feminism, politics, culture and desire. At the We The Women forum in Mumbai, THE WEEK caught up with Vohra just minutes after her discussion on ' Women and the fake virtue of virginity', with a panel comprising Poonam Muttreja, Vivek Tamaichikar and Rajani Pandit at Mumbai's Mehboob Studios. Excerpts:

Your thoughts on issues related to virginity.

I think it is very important to stop using the term virginity and replacing it with Sexual Debut instead. The idea of virginity is based on a complete biological error that there is a membrane or a hymen which is broken. There is no membrane which you pierce. It is only a flexible tissue which is on the walls of the vagina and it is not necessary that the woman will bleed upon intercourse. There are a number of reasons that can lead to a tear in the membrane including sports.

Virginity is part of a culture which believes that sex is only about intercourse and only about reproduction and that it is about a man piercing the vagina and impregnating the woman. But Sexual Debut will expand the definition of sex, which includes kissing, touching, cuddling, flirting, and overture. There are many ways in which people enjoy sex. Also, different genders are involved in sex, not necessarily just men and women and also multiple partners are involved, So, we need to expand the sphere not just limit it to heterogeneous definition.

You also spoke about the choice being an important instrument in the entire virginity narrative.

Our definition of intercourse is caste- and purity-driven. So, our definition of sexual intercourse is limited to intercourse and the control of women, precluding women's pleasure. It creates an entire emotional and psychologically traumatic universe for women. They can't make a choice. It has a domino effect and it also has an impact on the mental well-being of men themselves. Oh, my wife is not a virgin, now what! I have failed! They feel unhappy all the time and feel miserable about themselves and their masculinity. It gets in the way of happy relationships, too.

How do you communicate these concepts of female sexuality and feminism through your films?

There is a gigantic universe of problems we need to address. It will not happen with the message being given in just one film. There is a culture of ignorance here and we need to give information about body, same sex, our sexual choices, orientation, and sex education is one of the ways. 'Agents of Ishq' as a project also answers these questions. I am interested in feminist issues and in the world of desire.

Unlimited Girls, which you made in 2002, had a strong message.

I got invited to make the film by the NGO Sakshi and I was definitely up for it. They wanted to make a film on feminism that will re-involve young women in the discourse on feminism.

I was 30 years old and full of a desire to talk abut these things and wanted to make a film on the notion of feminism. I think it was a fantastic opportunity with them. It was about feminism in our lived lives to give women a cultural product they could claim for themselves. The film is being shown continuously even today. It was a contemporary film for that time, much before digital culture became a thing.

You started 'Agents of Ishq', a multimedia project about love, sex and desire. Tell us about it.

The eventual desire is to get people to learn the art of living differently. It is a multi-media project about sex, love and desire. It was created to start positive conversations about, love, sex and desire without feeling un-cool or ashamed.

We are coming out with a music video which will release in early 2020.