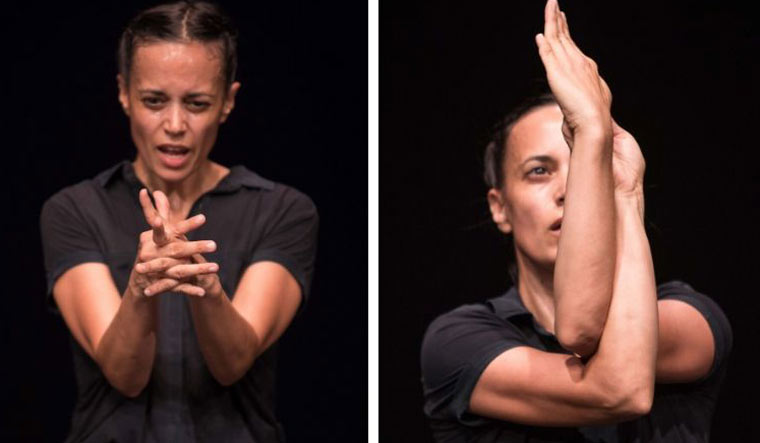 Just like ragas make the melodic framework of Indian classical music, Maqam comprises the principal set of musical notes in traditional Arabic music. But what would it be like to exist in between these musical notes?

Switzerland-based choreographers Laurence Yadi and Nicolas Cantillon personify that transitional space in their unique brand of dance style FuittFuitt. In this dance form, the focus is never on the movement per se, but to express the time between two movements, just like Maqam allows composers to improvise between the notes. Yadi and Cantillon were in India last month as part of the 'Indent Symposium: The Body and the Performative', supported by the Swiss Arts Council Pro Helvetia, to showcase this distinctive dance form.

A FuittFuitt workshop typically includes a group of dancers swaying in trance-like, fluid motions—like water, endlessly meandering. Named multi-styles FuittFuitt by the choreographers themselves—who set up 'Compagnie 7273' in 2003 to research and develop the performance style—the movements in the form weave into each other in a wavy, spiraled, hypnotic dance.

For their debut India tour, held in Delhi and Kolkata, Yadi devised a solo dance performance of FuittFuitt for the first time. Clad in an all-black ensemble, stationed in the middle of the stage, and holding on to a piercing gaze shot through with agony and emotional turmoil, Yadi raged and heaved, cried and laughed in continuous maneuvers from one single position, and had the audience transfixed for the show's entire run of 40 minutes.

So far, Yadi and Cantillon have created about 20 pieces of the dance form, ranging from silent ones to danced-concerts, from duets to group pieces and toured internationally with their projects from Africa to Russia. They regularly offer teaching lessons and workshops in Switzerland and beyond. In 2014, they also published a book on FuittFuitt as a primer, decoding the complexity of the concept. Both have won several awards, including the Swiss Prize for Dance and Choreography, and the Fondation Liechti for the Arts’.