Pokemon Fusion: How to pass time and play god on this viral website

A pokemon fusion generator is going viral. Here is how to get started 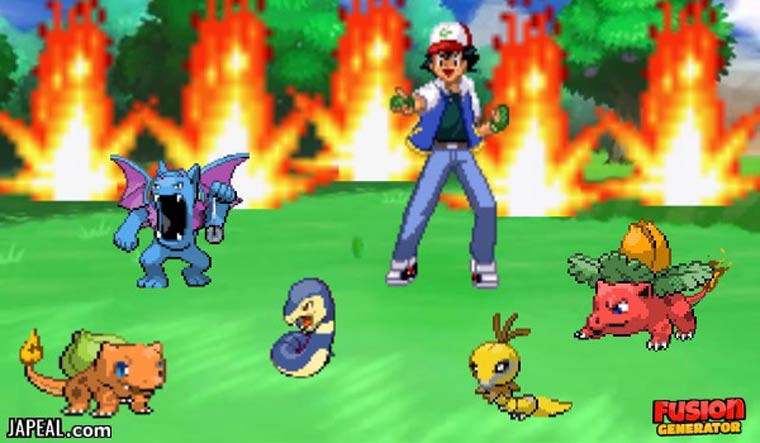 They say you cannot teach an old Pokemon fusion website new tricks. This may not necessarily be true (and also, nobody really says this). Because, if it were, it would not explain why a 2010 website that lets you combine first-generation Pokemon together into alarming franken-mon is going viral again.

Alex Onsager created pokemon.alexonsager.net in 2010. With a simple and immediate user interface, it allows you to pick two Pokemon from generation I (those from the 1996 GameBoy games Pokemon Fire and Pokemon Blue) and merge the sprites (their 2D models) together. An example would be the merger of Pidgey with Jigglypuff, which results in Pidgpuff. 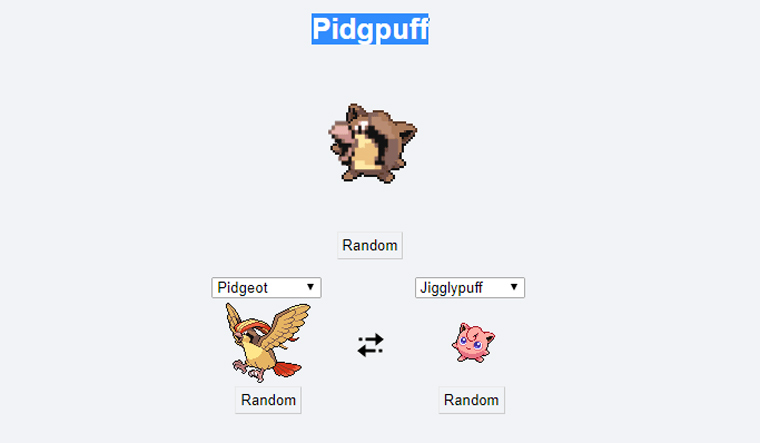 The site has recently registered a leap in users, despite not changing its initial offering in any way. Twitter has been flooded with Pokemon fans sharing their creations, some beautiful, some horrifying.

While there is a certain charm to the pixellated creations of Onsager’s site, there is a Pokemon fusion site that has added a couple more tricks to its arsenal. At https://japeal.com/pkm, you can mash together Pokemon from seven generations of the franchise, besides giving them accessories and custom backgrounds.

In a new trend, fans have started sharing their own artistic renditions of the fusions alongside the fusions themselves. This has resulted in twitter blowing up with digital as well as physical drawings of weird poke-combinations.

HL EP ME I DID THE POKEFUSION MEME AND JUST GOT A VERY TIRED HUMAN MAN pic.twitter.com/0dquVSrgZC

Of the available Pokemon mixers, Pokemon Fusion Generator has much more to offer. It has a larger collection of Pokemon sorted by generation. Once you select you two Pokemon from this wide array of choices, you click on ‘fuse’ and it generates your new fused Pokemon. If you are curious about this new Pokemon’s evolution, you can click on the ‘evolve’ icon and you can see your Pokemon evolve right in front of you. The results can be adorable or downright horrendous.

Her name is Ketchup and I will forever love her#pokemonfusion pic.twitter.com/qcyn7ezkWB

Once you obtain your new Pokemon, you can customise it. To do this, you must click on Pikachu’s silhouette. This will pop open a designing area which will give you freedom to select from 20+ accessories.

You can add cute accessories such as bows, flowers and hats or you can arm your Pokemon for battle, by giving it a sword or a shield. Once your Pokemon is all dressed up, you can put it against various backgrounds including Pokemon stadiums, different planets as well as scenes from various Pokemon games. You can even add characters like Ash, Misty and Brock from the Pokemon series. You also have an option to add battle effects including water, webs, explosions, fires and dust clouds. Once down with this, you can click on the floppy disk icon and it will start downloading your image.

The new site includes another feature that Pokemon nerds will love. This includes the Pokedex feature that gives you details about your hybrid. This will include a brief description and its type, height and weight. 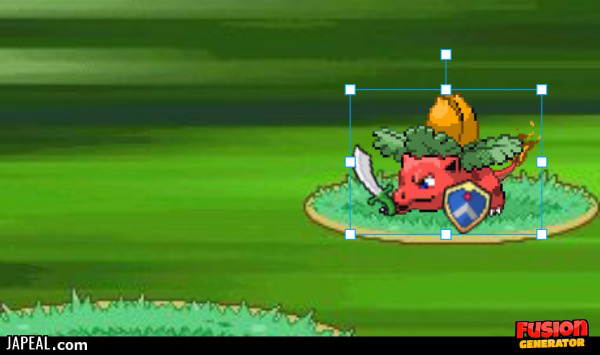 Japeal, the creators of the Pokemon Fusion Generator, have also created similar fusion generators for Dragon Ball Z and One Piece. A fourth one for Digimon is also in the works.