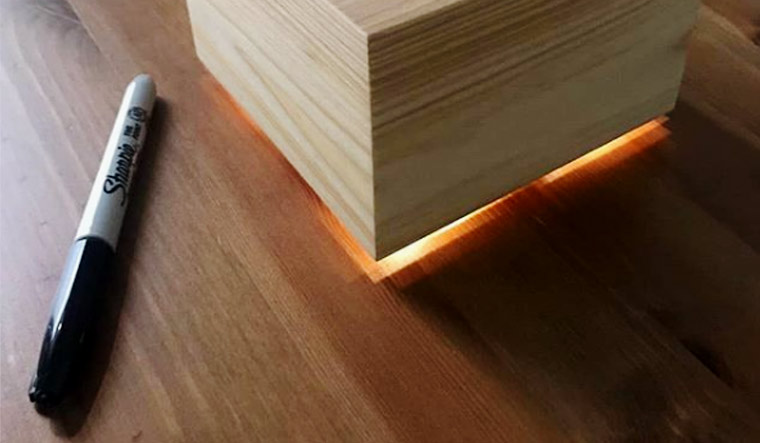 Even as criticism mounts over Facebook's security and privacy concerns, you can be assured that the Zuckerbergs will still sleep peacefully through the night. Facebook CEO Mark Zuckerberg posted a photo on his Instagram page on Sunday, showcasing his latest and greatest invention — a non-intrusive alarm clock.

Zuckerberg claims he built it for his wife, Priscilla Chan, to help her sleep better. In his post, he describes its function:

“It sits on her nightstand, and between the hours of 6-7am it emits a very faint light — visible enough that if she sees it she'll know it's an okay time for one of us to get the kids, but faint enough that the light won't wake her up if she's still sleeping." In the post, he mentions that Priscilla had been having a hard time getting proper sleep since they have had kids.

The Sleep Box, unlike conventional alarm clocks and mobile phone buzzers, is silent and does not show the time. All it does is emit a very faint light for an hour. Zuckerberg says that his wife often wakes up in the middle of the nights to check the time on her phone to see if the kids might wake up soon. He feels that since the box does not show the time, his wife can sleep without any stress as she just has to check if the lights are on.

“As an engineer, building a device to help my partner sleep better is one of the best ways I can think of to express my love and gratitude”, he added.

Zuckerberg also mentioned that his friends liked the idea of the Sleep Box, telling him that they would even buy it. However, as of now, Facebook seems to have no plans to manufacture this, preferring to put the idea out for somebody else to manufacture, as Zuckerberg clarifies at the end of his post:

“I'm putting this out there in case another entrepreneur wants to run with this and build sleep boxes for more people!”.

The post received over 8000 comments, some of which included jibes at Zuckerberg. One of the comment, by singer Lily Allen, referenced Facebook's recent ban on far-right and white nationalist content: “If your wife told you that white supremacy was keeping her up at night, do you think you could engineer an algorithm to make it go away, or be very very faint?”