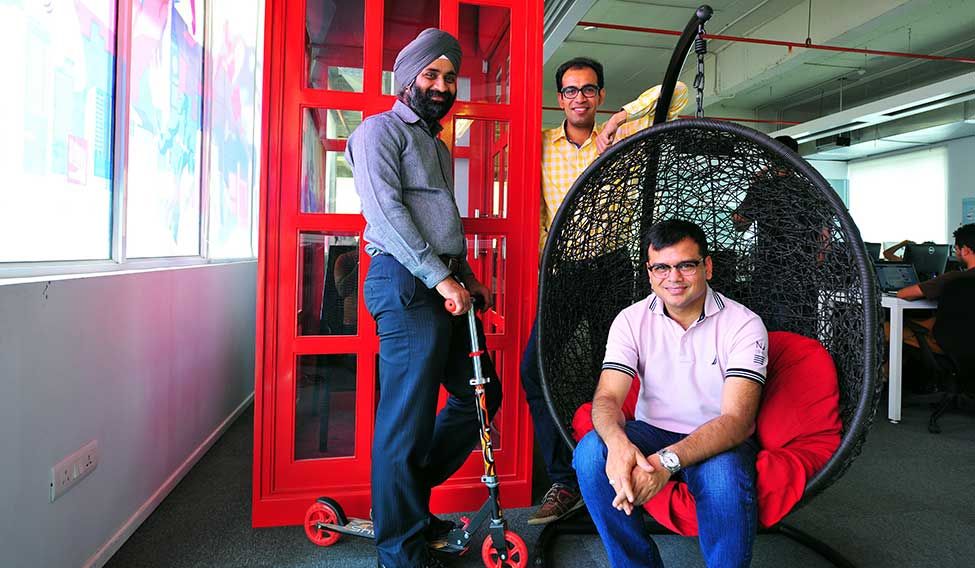 Zenatix uses data analytics to tell you how to conserve energy

When Rahul Singh, owner of the The Beer Cafe chain wanted to cut costs, he felt the outlets could use less electricity. But the monthly bills did not indicate which areas were consuming too much electricity. To find that out, Singh went to Rahul Bhalla, the CEO and co-founder of Zenatix, a Delhi-based startup that uses data analytics to monitor energy consumption pattern and suggests action based on that data. By implementing the recommendations of Zenatix’s analytics team, The Beer Cafe was able to define standard electricity usage policies for all its outlets. As a result, spending on electricity at the outlets reduced by more than 10 per cent.

Electricity bills typically account for 5 to 10 per cent of an establishment’s operating cost. For mid-size to large businesses, they amount to roughly between Rs5 lakh and Rs40 lakh a month. Hotels, hospitals and large retail chains are the biggest consumers of electricity; their bills go as high as Rs2 crore a month.

Till now energy conservation in India has been all about voluntary measures for the larger good without any incentive. At best, the government prescribes a star rating for electronic appliances. There are no tangible results with these measures, a reason why energy conservation has not really become big in India. Zenatix plans to change that, starting with the B2B segment. Bhalla cites the example of mobile phones. For post-paid connections, customers get an itemised bill detailing the duration of each and every call. Customers can increase or decrease the duration based on that information.

“Something like that is not possible with electricity bills in India,” says Bhalla. “The bill only tells us the wattage we have consumed and the amount we need to pay, including surcharge and taxes. So, a customer does not know whether he is paying more for using the refrigerator or the washing machine.” Since there is no information, the customer does not know when to act and where to act, what to switch on and what to switch off.

Access to information is what differentiates Zenatix from other players. It installs temperature sensors and smart meters at electrical panel level in clients’ companies. These sensors are attached to each of the electrical loads—air conditioning, lighting and computers — and each of these is connected to a controller. The controller gets the consumption data from these meters and sends it to a cloud-based software. The Zenatix team then analyses this data with advanced analytics tools and comes up with customised energy saving recommendations for these companies. The monitoring, in fact, can be done in real time. So, for example, if the AC is left switched on beyond office hours, the system automatically generates an alert which is sent to the administration head or the person concerned. The company can also identify inefficient equipment that is using more than its rated power and needs to be changed.

Air conditioners are responsible for 50 to 70 per cent of the electricity usage of an establishment. The energy data analytics firm has built several use cases around reducing AC bills. Its suggestions range from deciding the time for switching on the air conditioning, based on outside temperature, to monitoring complete shutdown of computers when the office is closed.

“A head of a company told us that we are like CCTVs by always keeping track of its energy utilisation,” says Bhalla.

In future, Bhalla says, Zenatix’s cloud servers will automatically be able to switch on and off based on the kind of pattern generated. So, if lights are left on in an office, the remote cloud server can switch it off. Since the devices will be connected to each other even from a remote location, Bhalla calls it an “internet of things plus big data” platform.

Zenatix claims to have helped a few of its clients save Rs20 lakh per annum. It is working with 35 companies in Delhi-NCR and has clients like NIIT and GlaxoSmithKline on its list. The company works on a fixed subscription model; the customers do not need to pay for the installation of sensors and meters. They only need to pay a fixed amount ranging from Rs15,000 to Rs2 lakh per month based on the size of the building. Typically, companies save three to four times the subscription fee.

Three IIT graduates, Bhalla, Vishal Bansal and Amarjeet Singh, thought of starting Zenatix after working for several years across domains as varied as financial services, legal outsourcing and technology. They left their jobs and started researching on application of data analytics for various sectors. The trio looked at retail, health care and other sectors but found energy to be the most promising. According to rough estimates, Rs2 lakh crore worth of power is wasted every year in India. Out of that, approximately Rs44,700 crore can be saved in the B2B segment and approximately Rs25,500 crore in the B2C. Zenatix wants to get into the B2C segment soon.

The company plans to scale up in the domestic market first and then expand overseas in 18 to 24 months.Like most startups, the first few months of the company were full of hardships, teaching the founders many practical lessons in entrepreneurship. Bhalla remembers one such incident.

“To get our product to the market, we gave the first few installations free of charge thinking that people would understand the importance and come to us. But people generally do not take things that come free seriously. We did not get any customers through this initiative,” he says.

The trio had to sweat it out, literally, in the initial few days to get customers. One afternoon, they had to stand on the terrace of a company in the sweltering heat for long hours to ensure installations were complete.

All this has not gone in vain. Zenatix bagged Rs1.2 crore in investment from a clutch of high-quality investors in June that include Google India head Rajan Anandan, Snapdeal founders Rohit Bansal and Kunal Bahl and a few other angel investors. It plans to raise a series A round in another 12 months. Till then, Zenatix will use the angel funding to expand and invest more in product and technology.