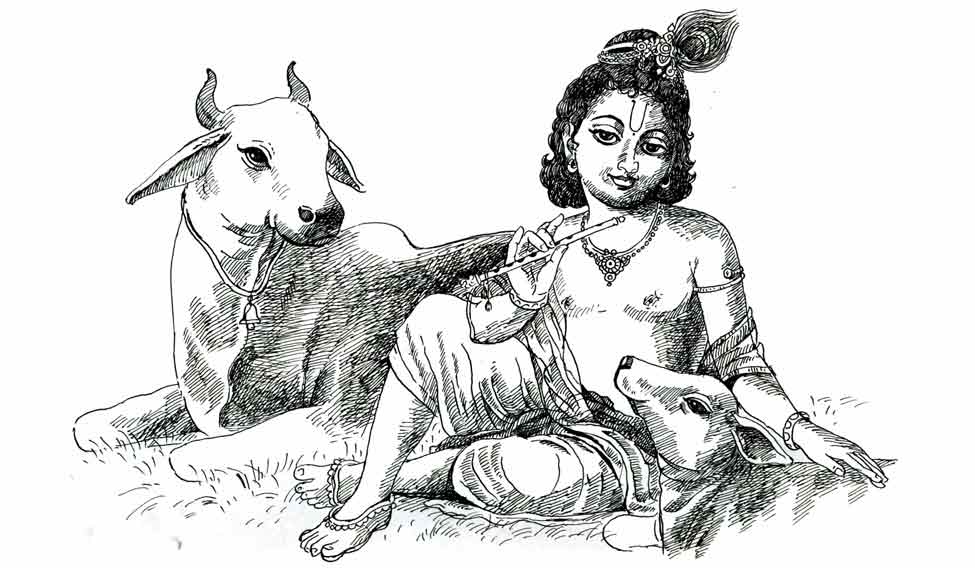 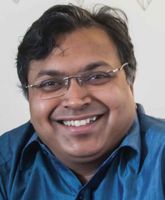 There are two Krishnas. One lived in north India, in the Gangetic plains around Mathura, and later on the island of Dwarka, off the Gujarat coast, in 3112 BCE. This was found on the basis of astronomical data found in the Mahabharat, undersea archaeological remains and Indus seals that depict a man uprooting two trees, an event associated with Krishna lore. The other Krishna has lived in the heart and minds of devotees for the past 2,000 years, and has been enshrined in temples, and revered through festivals, poetry and art. He is more of a psychological reality, indifferent to rationality and evidence. The first is historical (a person), the second mythological (an idea). For rationalists, both Krishnas are false. For nationalists, only the historical Krishna is real.

The rationalists align with 18th century “modern” notions of what constitutes truth: it needs to be material and measurable. This informs the scientific rules of historiography, following which no honest historian can prove the existence of a historical Krishna or, for that matter, the historic Abraham of Judaism, Christianity and Islam, or Achilles and Odysseus of the Greeks. This upsets nationalists who react violently when their leaps of faith are deemed unscientific.

Ironically, both rationalists and nationalists do not value psychological reality, or ‘meaning’, which forms the cornerstone of Vedic thought. Truth in Vedas is not a thing, but a thought about that thing. What distinguishes humans from all other living creatures is that we give meaning to the things we shape our lives on. The value of Jesus, Muhammad, the Buddha and Krishna comes not from their physical existence but from the meaning they bring to people’s lives. In other words, the idea of Krishna, more than the physical existence, is what has shaped India over the centuries.

The story of Krishna, like the story of Ram, along with stories of Vishnu and Shiva, started being codified and written down in the post-Buddhist period to challenge monastic ideals. Thus the earliest Mahabharat, which tells the story of Krishna’s adulthood, has been dated to 300 BCE and 300 CE, between the collapse of the Mauryan empire and the rise of the Gupta empire, in the period that saw the rise of Indo-Greek and Kushana kings. This epic also contains the Bhagavad Gita, where Krishna explains the essence of Vedic philosophy to the archer-prince Arjuna. The story of Krishna’s childhood comes to us from the Gupta period, approximately 400 CE, in the Harivamsa that describes vividly his cowherd roots, and by 1000 CE, we have the Bhagavata Purana elaborating his famous dance with the milkmaids, the rasaleela. Radha, with whom Krishna is inseparable today, appeared in her full glory only in the 12th century Gita Govinda by the poet Jayadeva, though we find a proto-Radha called Pinnai in Tamil Sangam literature dated to 500 CE. In all likelihood, the idea of Krishna emerges only in the period after the Mauryan empire, marking the break from old Vedic ritual-based Hinduism, and the rise of Puranic story-based and temple-based Hinduism.

Krishna, like Ram, presents the idea that material life matters as much as spiritual life, hence both the Mahabharat and the Ramayan are essentially property disputes, the throne of Hastinapur in one, and the throne of Ayodhya in the other. They introduce and elaborate the idea of dharma—where we function focusing not just on the ‘self’ (sva-dharma, jiva-atma) but also the ‘other’ (para-dharma, param-atma). Ram follows rules perfectly (maryada-purushottam) while Krishna bends rules (leela-purushottam) to uphold dharma. Yet it is Krishna alone who is considered divinity in totality (purna-avatar), greater than Ram even, for, unlike Ram, he also embraces aesthetic, romantic and even erotic emotions.

This sensual side of Hinduism was shunned by the rise of the Vedanta monastic order, a thousand years ago, led by Adi Shankara and later Ramanuja and Madhava. They reframed Buddhist monastic ideals, but gave preference to the hermit over the householder. And so, beyond the Gangetic plains, most Krishna temples, be it Pandharpur in Maharashtra, Udupi in Karnataka, or Guruvayoor in Kerala, prefer to see Krishna alone, without Radha. The trend is to see Krishna as the child, as the warrior, the teacher, but not the lover.

The rejection of the sensual and the feminine amplified itself in Victorian times as colonial powers saw Indians as ‘effeminate’. Determined to prove the colonial powers wrong, Indian freedom fighters embraced celibacy as a sign of love for Mother India. The result of this can be seen in Puri Temple, Odisha, where Krishna is enshrined with his siblings. This temple, over 800 years old, includes a bhoga-mandapa (pleasure pavilion), natya-mandapa (theatre pavilion) and ananda-bazaar (market of bliss), indicating a joyful exploration of the sensory. However, over time, the culture of the maharis (devadasis), women who sang and danced to the Gita Govinda for centuries, has been wiped out as they were deemed prostitutes. Now, only men control the shrine: pandas (priests) renowned for their corruption, and now monks of the Puri mathas who are seeking to increase their authority.

When the Muslims entered India, Krishna started being worshipped secretly in havelis, or households of Rajasthan and Gujarat, and not in grand temples. This was a practice started by Vallabha Acharya so that Rajputs could protect the legacy of Krishna from marauders. But, over the centuries, many Muslim poet-saints, like Salabega of 17th century Odisha or Hasrat Mohani of the 20th century, composed songs in praise of Krishna. This paradox captures the spirit of India, but the right-wing focuses only on the former, and the left-wing on the latter. Neither is comfortable with the purna-purusha (complete man) sporting a woman’s plait for his hairstyle, seen in sculptures of Odisha and the iconography of Srinathji in Nathdvara, thus revealing his comfort with gender fluidity. In seeking our own political agenda, many of us lose sight of the modernity embedded in the idea of Krishna, where happiness exists in embracing worldly life, with its myriad sensual and spiritual complexities, rather than seeking to reject, or control it.