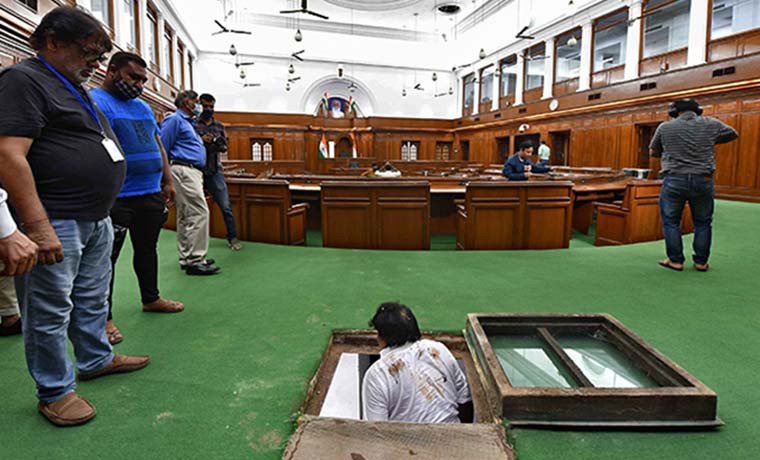 Has a "tunnel" been "discovered" under the floor of the Delhi Legislative Assembly hall? One that was bored and used by the British for transporting freedom fighter-convicts between their prison in the Red Fort and a court that was functioning in the present Assembly Hall?

Stories are appearing in the media suggesting so—some even suggesting that some of the convicts were taken through this “tunnel” to be hanged at the gallows in a nearby chamber.

A close inspection, and a quick fact-check of history, reveal that all this could be an old wives' tale. 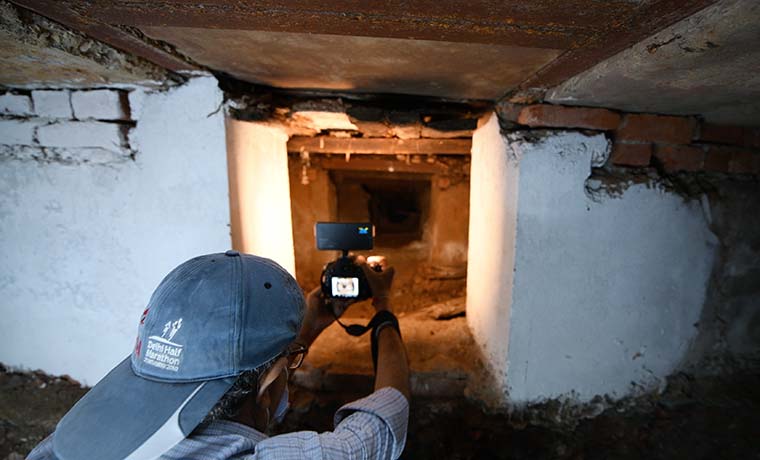 Inside the 'tunnel': A narrow crawlspace | Sanjay Ahlawat

First of all, there is no “tunnel”. There is an underground chamber below the floor of the Delhi Legislative Assembly. A grown-up man cannot stand erect in it. It is just about 4 feet high at the mouth, and narrower further inside. One can just crouch. And take my word, all the British king's men and all the viceroy's firearms couldn't have forced any convict or his guards to crawl more than a few feet into it. And Red Fort, mind you, is about four kilometres to the south.

Second, if it is a tunnel, it has to have the “other end” and, as they say, light at the other end. This “tunnel” has no other end. It is just a pit with two or three chambers—all of them walled around. Move in any direction and you will hit a stonewall or rubble.

In short, it is no tunnel, but only an underground cellar, perhaps where they kept old documents, valuable articles or wine.

Third, it has not been “discovered” now. There is a new electric tube-light illuminating the chamber (surely, it couldn't have been installed there by the British.) And the mouth of the “tunnel”, under the green carpet of the assembly floor, is secured with a modern glass shutter.

The existence of the chamber was known to virtually every janitor all these years. There was no way anyone could have missed it. And the janitors might even have been cleaning the pit and the chambers every now and then. The chamber floors look clean, tidy and well-swept - no cobwebs, dust, rubble, vegetation, moss, spiders, rats, worms or snakes.

And four years ago, the same claim, that a “tunnel” had just been “discovered”, was made in the media.

Now stories are floating around that the “tunnel” connects the Delhi assembly building to the Red Fort where freedom fighters were detained as prisoners in the 1930s, and that they used to be taken to court and back through the tunnel.

There were no prisoners in the Red Fort in the 1930s. The Red Fort, along with the older Salimgarh Fort, was made into a prison only towards the end of the Second World War. It held the INA prisoners who had surrendered or been captured—but none of them were hanged. The British commenced their trials, but as public outrage grew, they thought it prudent to free all of them without one.

Indeed, there had been prisoners taken during the revolt of 1857, but those prisoners were detained in the Salimgarh Fort. At that time, the Delhi Legislative Assembly building did not exist. The building, an elegant Georgian structure, was built in 1912, the year in which the British moved the capital of India from Calcutta to Delhi. So, there was no question of any tunnel having been bored between the Salimgarh Fort and the Assembly building.

And finally, the most commonsensical question: Why would the British, who had firearms and armoured cars, have crawled through a tunnel to transport prisoners between the court and the fort? They could simply have driven through the streets. 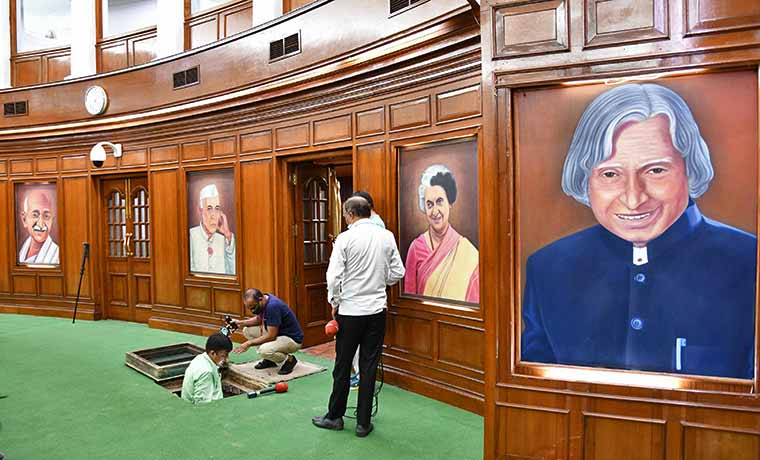 Members of the media exploring the underground chamber | Sanjay Ahlawat

One welcome development is that Speaker Ram Niwas Goel has promised to open the building and the chamber to tourists during the house inter-session periods. There is a lot to feast your eyes on in the elegant building. Thanks, Sir!