Shastri did not want the war 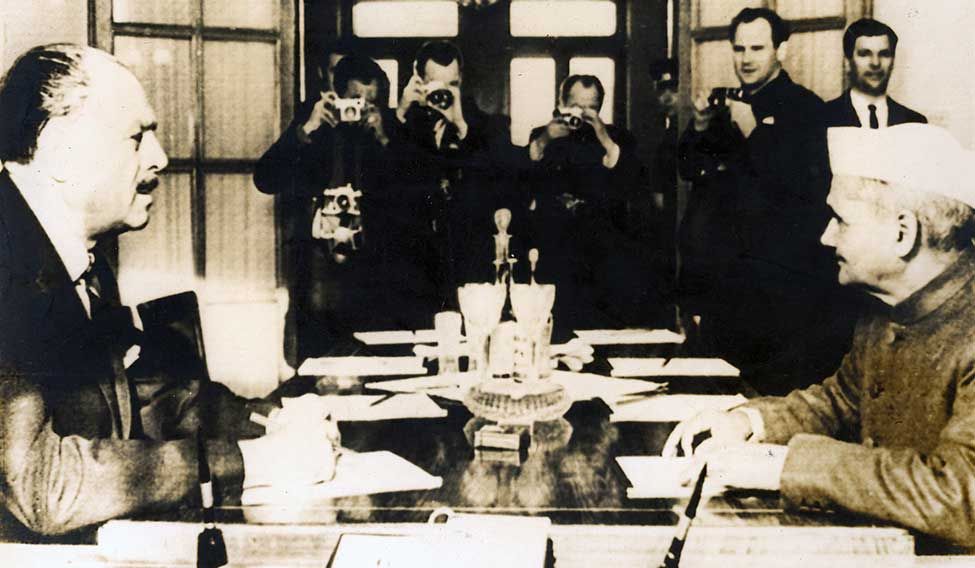 Prime Minister Lal Bahadur Shastri was driven to war with Pakistan in 1965. He did not want any confrontation because he saw in it the ruin for both countries. He even allowed Pakistan to have the upper hand in the Rann of Kutch by limiting the full-scale action of the military.Shastri was visibly 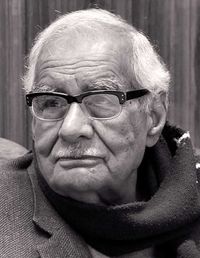 Prime Minister Lal Bahadur Shastri was driven to war with Pakistan in 1965. He did not want any confrontation because he saw in it the ruin for both countries. He even allowed Pakistan to have the upper hand in the Rann of Kutch by limiting the full-scale action of the military.

Shastri was visibly hurt by the remark made by The Sunday Times and repeated by the Pakistani media: “Indian troops had departed so hastily that they left behind all sorts of daily use things, like pyjamas and boots and half-eaten chapatis.”

Such observations only made Shastri more determined and more uncompromising. He did not want his wish for peace to be confused with weakness. Therefore, he led the country during the 1965 war with a lone objective: Win. But Pakistan considered Shastri a weak-kneed person. It misread his efforts for peace and thought he could be pushed aside easily.

In the same vein, Zulfikar Ali Bhutto, Pakistan’s foreign minister at the time, told me subsequently in an interview: “There was a time when militarily, we were superior to India.... That was the position up to 1965. The Kashmir dispute was not being resolved, and its resolution was essential.... So it would, as a patriotic prudence, be better to say, all right, let us finish this problem and come to a settlement. I thought that with this edge that we had, we could have morally justified it. Also, because India was committed to self-determination and it was not being resolved, and we had this situation. But now this position does not exist. I know it does not exist. I know better than anyone else that it does not exist and that it will not exist in the future also.”

Pakistan wanted to cut off the road between India and Srinagar. It almost succeeded in doing so. Lieutenant General Harbaksh Singh, commanding the forces in the Sialkot-Srinagar sector, wanted to open a second front to distribute the Pakistan forces instead of letting them concentrate on one side. But his predicament was that he had to cross the international border to do so.

None in the government was willing to take a decision. Harbaksh Singh met Shastri to acquaint him with the situation. The military commander explained to him how the second front was essential to lessen the pressure of Pakistani forces. Shastri asked him what hindered him in doing so. He said he would have to cross the international border and there was no alternative.

“Cross it,” said Shastri straightaway. Harbaksh told me later in an interview: “A small statured person took no time to take the biggest decision to help the Indian forces.” (After the war, I asked Indira Gandhi what her father, Jawaharlal Nehru, would have done in the situation. She said that Shastri followed the advice of military commanders. So would have her father.) 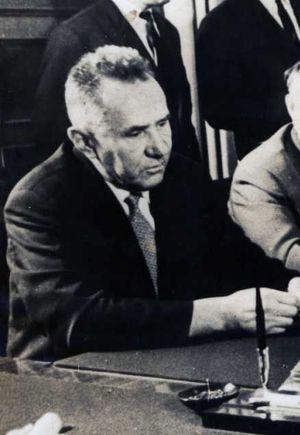 Proceed with caution: Soviet Prime Minister Alexei Kosygin told Shastri that status quo ante would have to be restored.

The 1965 war was more or less a draw. The chief of Army staff, General J.N. Chaudhuri, like Shastri, was not for an all-out offensive in the area. Shastri did not want his strategy of having good relations with Pakistan, rather than with China, to be lost in what he called a swamp, although he later conceded that Pakistan’s Rann operation was “a means to achieve something else”.

Chaudhuri, on the other hand, did not want to be caught on a sticky wicket—the area was flooded by monsoon rains. His assessment was that the Kutch operation was a diversionary attack to pin down as many Indian forces as possible for an attack somewhere else.

The opening of a second front—through thrusts to Lahore, Sialkot and across the Rajasthan border—helped India relieve the pressure on Kashmir. Pakistan had to pull back its forces from there to defend its own side.

Harold Wilson, then British prime minister, headed off the crisis by talking to Shastri and General Ayub Khan, Pakistan’s martial law administrator, while in London to attend the Commonwealth prime minister’s conference.

The agreement reached brought a ceasefire and provided for ministerial-level talks which, if they did not produce a compromise, would be followed by reference of the issue to a tribunal to demarcate the boundary. The ministerial meeting never took place, with Pakistan not replying to India’s communication or to reminders on the subject. Subsequently, a tribunal had to be appointed. The tribunal upheld, by a 2-1 verdict, Pakistan’s claim to the northern half of the Rann and awarded 10 per cent of the disputed territory to it.

The war, as Pakistan called it, or the conflict, as Indian official records said, lasted 23 days from September 1 to 23, 1965. Both sides claimed victory. For Pakistan, it was its “finest hour” and for India it was the redemption of the honour it had lost in 1962 in the fight against the Chinese. Rawalpindi claimed that Indian efforts to capture Lahore and Sialkot were rebuffed through “better organisation, training, planning and dedication.”

General Chaudhuri explained in his book that “politically, the destruction of Lahore was most unwise and, militarily, this would have meant the use of far more troops than were available.” Whatever the explanations, the fact was that neither side registered a decisive victory, though India did have an edge over Pakistan, particularly when it wrested Haji Pir and Tithwal, two important positions in Azad Kashmir.

There was great pressure on Shastri not to return Haji Pir and Tithwal to Pakistan. But Soviet Prime Minister Alexei Kosygin, who had arranged talks between Ayub and Shastri at Tashkent, told the latter that status quo ante would have to be restored. Both positions, he said, were won by India during the war. They were “fruits of aggression” and therefore had to be returned. Shastri felt that he had no option because of the Soviet Union’s threat to use its veto against India at the Security Council. And the two positions were returned.
Nayar is a veteran journalist.

Your form could not be submitted.
This browser settings will not support to add bookmarks programmatically. Please press Ctrl+D or change settings to bookmark this page.
Topics : #1965 Indo-Pak War | #Pakistan | #defence