Pratibha Patil recalls her time at the Rashtrapati Bhavan 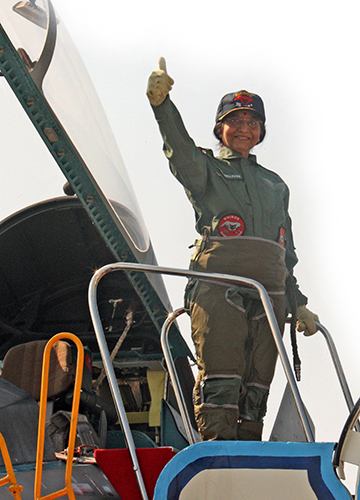 The election of a new president of India will be held soon, and there has been a lot of curiosity about who will take charge next. The election of the president—the first citizen and head of the state—should be held with all dignity, as the president represents the whole nation and not any political party or group.

As a republic, India cannot have a hereditary king or queen. So, there is an elected president to lead the executive power in India. The expectation from the president is to perform the primary duty of preserving, protecting and defending the Constitution and the law of India, as made part of the oath of office. The powers and responsibilities that have been vested in the president may be classified as legislative powers, executive powers, military powers, diplomatic powers, judicial powers, financial powers and emergency powers.

When it comes to military powers, the president is the commander-in-chief of the Indian armed forces. When I was president, Air Chief Marshal Fali Homi Major was the chief of air staff. He was about to complete his term and he came to see me. He suggested that I fly in the Sukhoi-30 MKI to boost the morale of airmen. I agreed. He told me that I needed to be physically fit. For the next three months, a medical team came to check my vitals and monitored me periodically. Then when I got an all-clear, I went to Pune and flew in the Sukhoi. After the flight, mediapersons asked me if I was scared. I told them that if these young boys were unafraid and ready to sacrifice their lives for the country, why should I be scared in this old age? That day, Russian president Dmitry Medvedev called to congratulate me. I also visited the forward areas to see for myself the conditions in which the jawans work and live.

As president, a variety of problems involving social, economic and political issues were brought to my attention. One of them was farmers’ suicide owing to crop failure and inability to repay loans. I held a full-day seminar at Rashtrapati Bhavan to discuss the problem. Following the discussion, a report was brought out. The issue was taken up effectively with the prime minister and the ministries concerned. The government took a favourable and bold decision to write off the bad debts of the farmers. Similarly, a national mission for the empowerment of women was established in 2010 at my instance.

Also, I felt that there was tremendous scope for convergence in the implementation of various welfare and development schemes being implemented by different agencies under different ministries. I thought that the government schemes, together with the efforts of NGOs and the private sector, could bring about the required synergy to produce better results, even without enhancement in budgetary allocation. The government took my suggestion seriously and the ministries concerned were advised to work out an action plan to achieve the desired objectives within three years. The cabinet secretary was coordinating its implementation.

While the president enjoys wide diplomatic powers, it was not a practice for an Indian president to take a business delegation on a foreign visit. For the first time, I asked the Federation of Indian Chambers of Commerce and Industry, Confederation of Indian Industry and ASSOCHAM to send a business delegation with me on my first visit abroad to South America. The business delegation hugely benefitted from the discussions they had with their counterparts and leaders of Brazil, Mexico and Chile. In 2019, the Mexican government awarded me the ‘Orden Mexicana del Aguila Azteca’—its highest civilian honour for foreigners.

While at the Rashtrapati Bhavan—the symbol of Indian statehood—I emphasised that every visit, be it by an Indian or a foreign tourist, should be made memorable and be an opportunity to enhance one’s knowledge and experience. Over the years, the ceremonial change of guard had been lost in public memory. I opened up this ceremony to create a bridge between the people and the Rashtrapati Bhavan where, as I said in my assumption address, the “first servant of the people” resides. I was also keen to showcase the Rashtrapati Bhavan estate as a model eco-friendly township. Visitors were given an opportunity to experience it and learn for themselves how to make their living environment more liveable and energy-efficient.

As part of a president’s judicial powers, I received nine fresh mercy petitions apart from a backlog of 23 such petitions. Of the total 32 petitions, 22 were disposed of; 19 were commutations involving 35 people after taking into consideration the gravity of offence, the motive behind it and the rarity of the case. The remaining three were rejections involving five terrorists.

[Patil was accused of transporting gifts she received during her tenure to a museum in her hometown just before leaving the Rashtrapati Bhavan.] The ministry of culture had formulated the terms and conditions whereby exhibits or antique items can be temporarily loaned out to other governments, museums or institutions. The proposal of Vidya Bharati Shaikshanik Mandal, Amravati, a registered trust and society and not a private one, was approved on the same basis to exhibit items from Rashtrapati Bhavan at its museum. The items were lent to the museum, and an agreement was signed between the collector of Amravati, who was the chairman of the museum’s committee, and the Rashtrapati Bhavan in 2012. All the items lent to Vidya Bharati Shaikshanik Mandal, Amravati, for exhibition were returned to Rashtrapati Bhavan on May 22, 2013.

In the past, too, some items were loaned out to the Rajendra Smriti Sanghralaya and also to the Brahmos Exhibition Centre.

[Another allegation against Patil was that she planned to build a post-retirement home on defence land in Pune.] For a house after retirement for me, a plot of defence land in cantonment area was suggested. In fact, this would have saved the exchequer the recurring expenditure on security as the cantonment area is well-secured. Unfortunately, it was wrongly reported that this land had been earmarked for a housing scheme for war widows. I refused the defence plot for my residence as I have always wished for the welfare of war widows. I had written letters to them when I was governor of Rajasthan, asking them to put forward their problems. I took personal interest to solve their issues.