Over 99% polling in Presidential polls; 100% voting by MLAs in 11 states and Puducherry 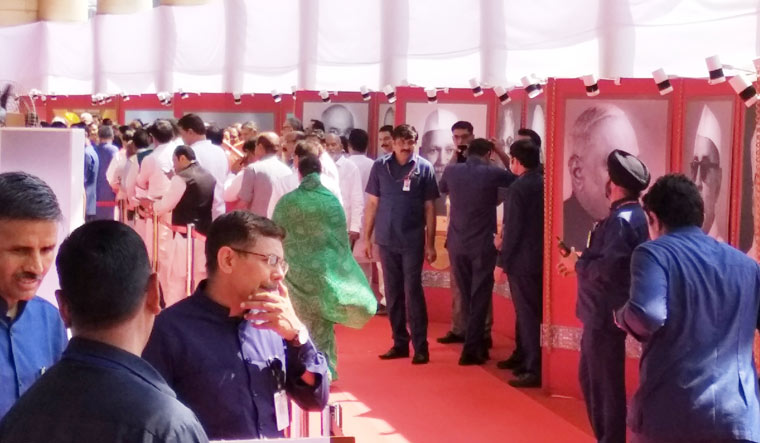 Over 99 per cent of a total of 4,796 legislators who comprised the electoral college for the Presidential elections cast their vote today in the polls which had in the fray the NDA nominee Droupadi Murmu up against the opposition's common candidate Yashwant Sinha. As many as 11 states and the union territory of Puducherry saw 100 per cent voting by MLAs.

According to the Election Commission, the polling for election to the highest office in the country concluded successfully in a free, fair and transparent manner. Polling for the 16th Presidential election was conducted between 10 am and 5 pm at the Parliament House and in 30 places of poll in legislative assemblies, including the Vidhan Sabha in Delhi and Puducherry.

According to a statement from the Commission detailing the electoral process conducted today, two members – Anant Kumar Singh and Mahendra Singh Dalvi, were not eligible to vote owing to their disqualification under Section 8 of the Representation of People Act, 1951 subsequent to the judgment of the competent court. Also, there are five vacancies in the Rajya Sabha and six in the state legislative assemblies. Therefore, there were a total of 4,796 electors in the electoral college for this Presidential election.

Room No. 63 in Parliament House and another 30 polling stations in all State Legislative Assembly Secretariats were fixed as places of poll. The MPs voted in the national capital and the members of the Vidhan Sabhas voted at the place fixed in each Legislative Assembly. However, facilities were also provided by the Commission for any MP or MLA to vote at a place of poll set up other than their own. Accordingly, 44 MPs were permitted to vote at state headquarters, nine MLAs at Parliament House and two MLAs in other state headquarters.

In the election, unique serial numbered pens of violet ink were supplied centrally by the Election Commission so as to ensure that no other instrument is used by the voter for marking of preference of vote. Special posters on use of special pens and Do’s and Don’ts for electors for casting of vote were provided by the Commission for displaying at prominent places outside the polling stations.

Various WhatsApp groups were created for the polling officials, observers and security persons to closely monitor and coordinate the activities with state headquarters, Parliament and the Election Commission.

The election to the Office of President of India is held in accordance with the system of proportional representation by means of the single transferable vote and the voting at such election is by secret ballot. Empty ballot boxes were transported by the Commission to the states on July 12 and 13. Similar transportation arrangements for the state teams have been made to bring back the 30 polled ballot boxes.

All the ballot boxes and other election materials would reach the Parliament House, which is the place of counting, by July 19. The counting of votes will be taken up on July 21 at 11 am.