How many cross-votes? The question that lingers as presidential poll results are counted 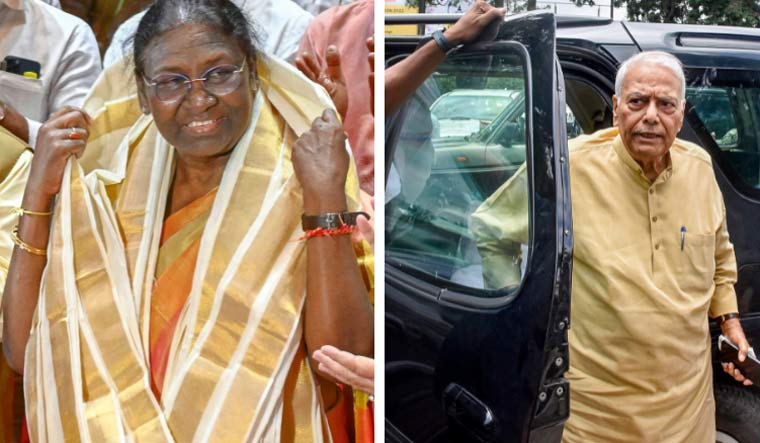 Parliamentarians and legislators across the country voted on Monday to elect India's 15th president, choosing between opposition pick Yashwant Sinha and NDA nominee Droupadi Murmu who is favoured to win the battle to the Rashtrapati Bhavan. The results will be announced today.

With the BJP's dominance and support from regional parties such as the BJD, BSP, Shiromani Akali Dal, Shiv Sena and now JMM, Murmu's vote share is likely to reach nearly two-thirds and she is set to become the first tribal leader and second woman to occupy the top constitutional post.

Cross-voting: The topic of interest

Though the result appears to be a foregone conclusion, there is an element of political speculation about cross-voting in favour of Murmu in several states, including Assam, Gujarat and Maharashtra. The details of exactly how many MPs and MLAs cross-voted will be known when the votes are counted.

In Assam, AIUDF MLA Karimuddin Barbhuiyan claimed that around 20 Congress MLAs from the state cross-voted.

In Uttar Pradesh, Shivpal Singh Yadav of the Pragatisheel Samajwadi Party Lohia claimed he would never support Sinha as he had once accused his brother, SP patriarch Mulayam Singh Yadav, of being an "ISI agent".

Haryana Congress MLA Kuldeep Bishnoi, who had cross-voted in last month's Rajya Sabha polls, also indicated that he had supported the ruling National Democratic Alliance candidate. "Like Rajya Sabha, I have cast my vote in this election too as per my conscience," he told reporters.

Congress MLA in Odisha Mohammed Moquim created a flutter by announcing that he had voted in favour of Murmu as she was a "daughter of Odisha".

In Jharkhand, NCP MLA Kamlesh Singh announced his backing for Murmu and said he went by his conscience call.

Maharashtra BJP president Chandrakant Patil was confident some Congress legislators, who were absent during the Eknath Shinde government's trust vote, voted for Murmu. "I am sure some Congress MLAs who remained absent during the vote of confidence will apply their conscience this time as well, Patil said in Mumbai. The Congress, he said, can't guard its own MLAs.

Shiromani Akali Dal MLA Manpreet Singh Ayali chose to boycott the poll and blamed the BJP-led Centre, previous Congress-led governments for not settling various issues related to Punjab and also his own party.