Streets to suites: Rags-to-riches stories are becoming more frequent with every IPL

IPL, for all its ‘demerits’, has strapped a rocket on many a young cricketer 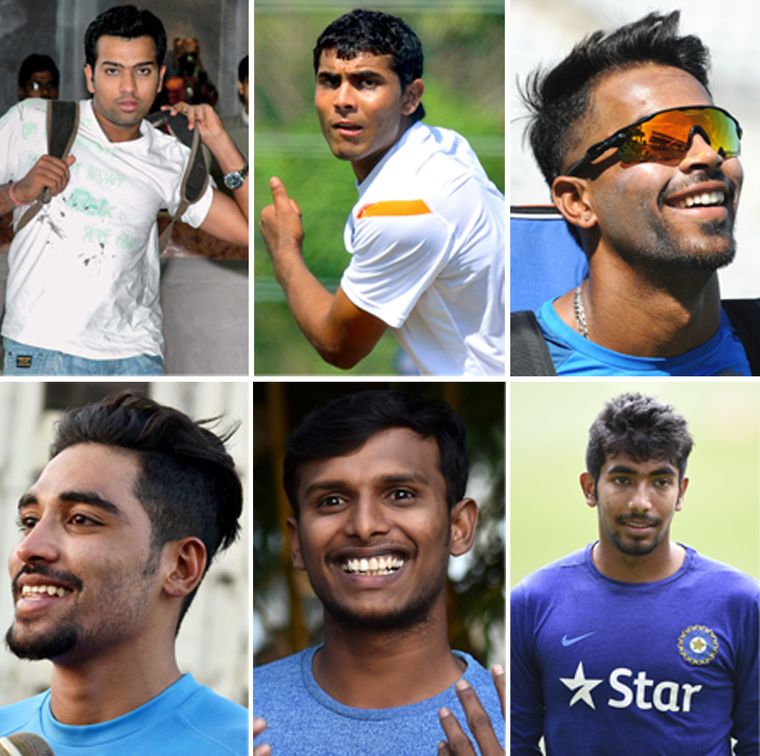 In the late 1800s, a blue-blooded Jadeja from Jamnagar wowed the British with his elegant leg glances. Two centuries later, another Jadeja from that region aspired for the same space that cricketing royalty Ranjitsinhji had occupied. The only problem was that he had no claim to a regal tag. His father was a security guard and mother a nurse. The five-member family would live in a one-room house.

What he did have was talent. And the swagger to match it. A teenage Ravindra had apparently not stood up when he first saw Shane Warne at the Rajasthan Royals camp in the first edition of the Indian Premier League. He did not know who Warne was. The Aussie liked what he saw of the boy in the nets and dubbed him “Rockstar”. Warne later wrote in his book No Spin: “He loved that. Within a year or so, Jadeja was playing one-dayers for India and every time we see each other now he still calls me ‘sir’ and talks about those days. I tell him I should be on 10 per cent of everything he earns!”

And earn a lot, he did. One of the finds of that first season, Jadeja’s game would grow in increments till it exploded. A disciplined bowler, gun fielder and capable lower-order bat, the Saurashtra Ranji player would go on to become one of the finest all-rounders of his era.

Off the field, he would buy horses, swords and all the other royal trappings. He would grow a moustache and twirl it. He would proclaim proudly his Rajput heritage. He had, with his game, made himself a royal on the field. He also made sure that the critics who had once called him “Sir Jadeja” with a snigger now did so with genuine appreciation.

The IPL, for all its “demerits”, has strapped a rocket on many a young cricketer who, otherwise, would have had to climb the ladder of success one step at a time. That is, if they ever found their way to the ladder. And, for those who were from families that barely had three meals a day, it was like trying to climb with your hands tied. 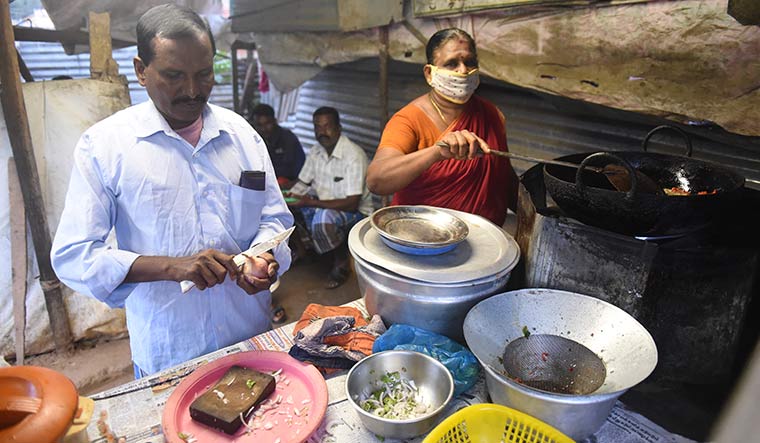 Before the IPL, or even the rebel Indian Cricket League (2007-09), a stable income from cricket was a dream few could realise. And, so, few would go for it. Granted, a Ranji player could make a living from cricket, but playing in that tournament took years of consistency and effort. Also, a Ranji career holds no promise of fame, and the sponsorship deals and other perks that accompany it. Amrit Mathur, who has been a cricket administrator, wrote in a 2019 article: “Compared to the small entitled group of international players, the life of the average player on the domestic circuit is tough. On the road for months, he faces serious financial insecurity. The money isn’t bad but harsh conditions apply—without contract, salary, regular job or stable income, he is solely dependent on match fees, which is subject to selection.”

Only 303 men have played for the Indian Test team. It is an enormous grind to make it to that dressing room. There was, and still is, no guarantee that playing cricket call pull you up from poverty, but you do get more bites at the cherry now.

Take, for instance, Pravin Tambe. He made his IPL debut for Rajasthan Royals at 41, made headlines with a hat-trick and stuck around for a handful of years. He even played in the Caribbean Premier League, the first Indian to do so. He is now part of the Kolkata Knight Riders coaching staff. He never got an India cap, but is doing well for himself regardless. 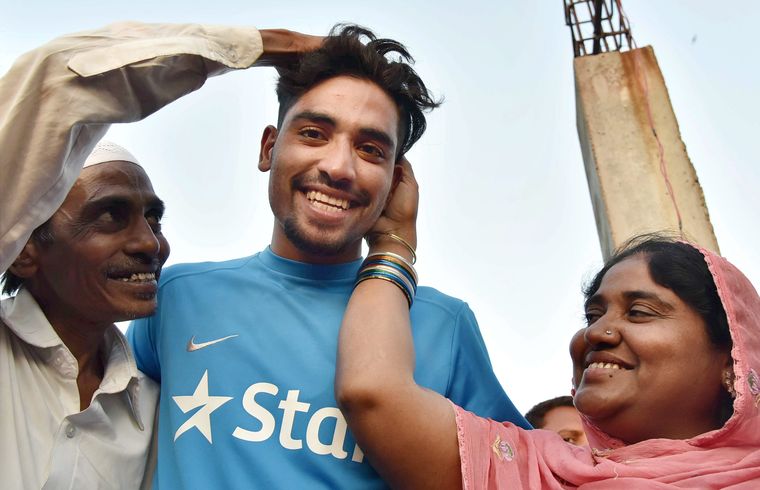 Leaps and bounds: Siraj with his parents | PTI

The IPL also, to some extent, dismantled regional barriers. No longer is the team populated with perfectly tutored players from Delhi or Mumbai. The latest IPL find, the tearaway quick Umran Malik, lives in Srinagar.

While a bronze-haired M.S. Dhoni was the poster boy for the expansion of the sport beyond the major cricketing centres, it is more common now to find raw talent in the bylanes of a Salem or a Surat. The IPL scouting system is, in part, responsible for this. To fill their squads, each franchise has to depend on local talent; only four overseas players are allowed in an IPL match. So, scouts from these franchises scour the country to find diamonds in the rough. One such gem came from Ahmedabad—Jasprit Bumrah. The gemologist? Former Kiwi captain and at the time Mumbai Indians scout John Wright.

The IPL has almost been a feeder system for the Indian white-ball sides in the past few years. The need to focus on domestic talent has swelled their numbers in IPL squads, so much so that now teams even go into games without using their four international signings. They do not mind benching foreign players for domestic players who know the conditions better.

Though the IPL might not help the Test team the same way, some IPL boys did step up when called on to wear the whites. Before India’s historic Gabba Test win in 2021, Washington Sundar had not played a First-Class match for four years. He scored 84 runs and took four wickets in the match.

Following the game, English journalist Jonathan Liew wrote in The New Statesman: “In order to glimpse how the tide may be turning, let’s examine the team that toured Australia in 2003-04. Overwhelmingly, it was a side drawn from the ranks of the privileged and the educated middle class. Captain Sourav Ganguly came from one of the richest families in Kolkata; star batsman Sachin Tendulkar was the son of a famous poet; batsman Rahul Dravid’s mother was a professor of architecture. These were brilliant players, but largely incongruent with the country they represented. They were products of a system in which free time and independent means were still reliable predictors of opportunity. India’s team was drawn from the tiniest sliver of its huge population.”

That Gabba team, and indeed the entire Indian Test squads of today, have several names that have braved a poor childhood to make it big. Opener and now captain Rohit Sharma was raised by his grandparents in Mumbai as his father could not afford to take care of two children. His former Mumbai Indians teammate Hardik Pandya used to play up to three matches in village tournaments for Rs400 a game and had enough cash for only instant noodles—two meals a day. For a while, Bumrah, who lost his father when he was five, had only one T-shirt that his mother would wash every day. Umesh Yadav’s father used to be a miner who went into long, dark underground tunnels with only a flashlight on his head—Umesh was the light at the end of that tunnel. Mohammed Siraj’s father used to drive an autorickshaw; the day his son was picked up in the auction in 2017, he stopped.

This is not to say that these players would not have worn the national blue without their IPL colours—Siraj, especially, credits his Ranji performances for his India call-up—but the exposure to international counterparts and the experience of high tension in nearly every game do force you to learn fast.

One of these keen students came from nearly 375km outside Chennai. Thangarasu Natarajan’s father was a daily-wage worker; his mother ran a small chicken pakoda stall outside their one-room shack in Chinnappampatti. His story is, perhaps, the most dream-like. The left-arm bowler first held a season ball when he was 20, got reported for a suspect action, lost a year, started playing in the Tamil Nadu Premier League (one of the several smaller leagues that mushroomed after the IPL’s triumph), got noticed for his yorkers, played for Sunrisers Hyderabad, got picked for the Indian team for Australia, and played the Gabba Test after nearly half the team broke down.

Natarajan, though, was 2020’s story. The IPL throws up a new one every year. And, the past year or two have seen more than a couple. In the following pages, THE WEEK takes you into the lives of the young men who have, through a few performances, changed their own lives and inspired many more to do so.