I had anxiety attacks and was prescribed sleeping pills: Kuldeep Sen

Having seen many ups and downs, Kuldeep Sen isn’t taking success for granted 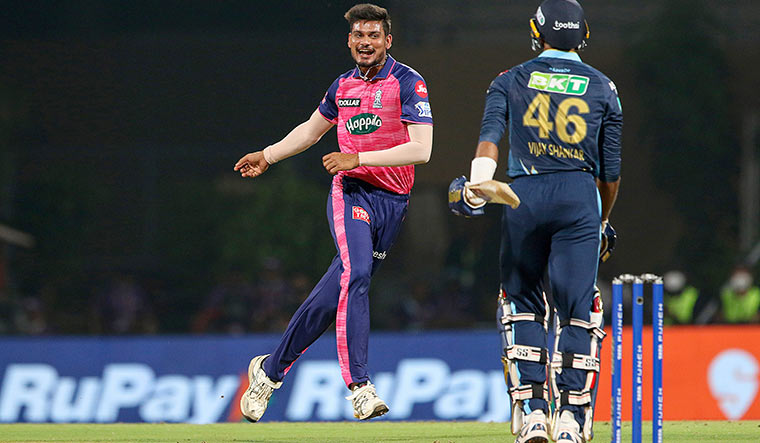 The bowler celebrates a wicket | PTI

This Mother’s Day, Rajasthan Royals posted a video that got north of two lakh likes and more than a thousand comments on Instagram. In it, a joyful Kuldeep Sen, one of the team’s quicks, dials his mother in Rewa, Madhya Pradesh, and tells her, “I love you, Mumma”. After a brief pause followed by hearty laughter, she responds, “Love you, too!” in a desi accent. “This is the first time I have said I love you to my mother. It felt very nice,” says a moist-eyed Sen.

The video gives a glimpse of Sen’s roots, and the journey from a wide-eyed teen to IPL bowler. In his limited games, Sen has bailed RR out of some sticky situations. In his debut IPL match, against Lucknow Super Giants, Sen defended 15 in the last over; he bowled three dots against the Aussie power-hitter Marcus Stoinis. A few days later, against Royal Challengers Bangalore, he took four wickets and kept his calm at the death. Former England captain Michael Vaughan called him the best debutant of the 2022 season, saying, “[He] takes the cake among his contemporaries because of the pressure overs he bowls.”

For Sen, the need to prove himself came naturally. It was developed in his teens, when he could not break into the Madhya Pradesh U16 team. “Growing up in a household with limited means and unlimited dreams makes you want to prove yourself at all times,” the 25-year-old tells THE WEEK on a video call. “Seeking validation becomes a way of life. In that sense, life itself has been the biggest teacher.” 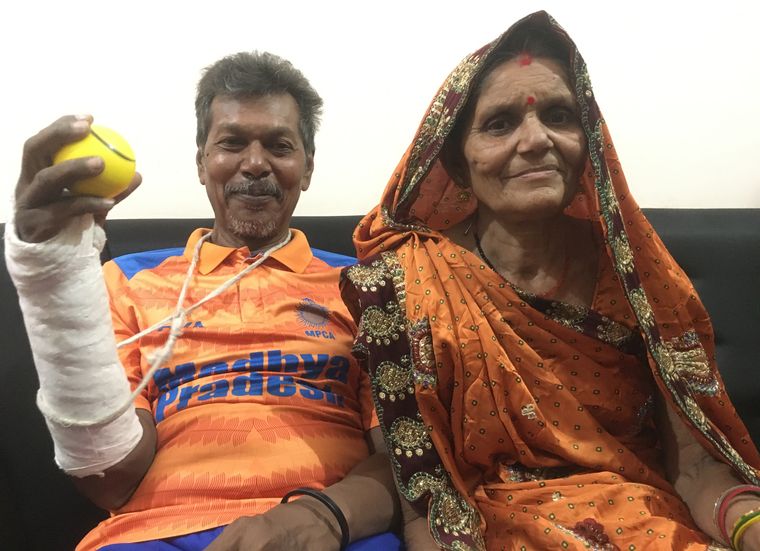 The interview happens early morning, and Kuldeep reckons that, back home, his father, Rampal Sen, would be cycling to his hair salon, which is 8km from their home. “Earlier, the salon would see only a few customers a day; now everyone comes over just to chill and be seen,” he says with a chuckle.

Growing up, the salon would fetch the family of seven—parents and five children—hardly enough to splurge. His father would bring him two packets of orange-cream biscuits (worth Rs5 each) and samosas almost every evening. Kuldeep would eat one packet at night and save the other for the morning. “On some days, if I could not buy them, he would not make a fuss,” says Rampal Sen. “Kuldeep was a quiet and serious child and did not indulge in mischief. I would shower a lot of love on him.”

When it came to cricket, though, father and son were not on the same page. “I came to know about his passion only when he was selected to play at the district level and wanted Rs500 to go to Singrauli for a match,” says Rampal. “His demand came through my wife, Geeta, and I was terribly angry. But he told me that he, too, knew the importance of having a career.”

Being the eldest sibling, Kuldeep always knew that he had to help the family and get his sister married. So, he did not want to tell his father till he had some proof of his talent. “[The district selection] made me confident,” says Rampal. “I gave him the 0500 and have since never questioned his cricket.”

Though he now has the money and fame that come along with the IPL, not much has changed for Kuldeep. Except, he now wants to speak English, well.

He also knows that this could all be ephemeral. “I am not going to let it affect me. One is only as good as one’s last game,” he says.

He knows this because he has experienced it. In 2016, when playing at the state camp for the U23 team, he had a pull in the lower back. Despite the nagging pain, he kept playing for the money and the injury got worse. “The moment the camp got over and I got home, I was totally depressed,” he says.

He had to take a year off because of the injuries. “I had nobody to ask for money either,” he says. “I had anxiety attacks and sleeplessness,” he says. “I had to consult a doctor as my heartbeat began to rise. I was prescribed sleeping pills for the next 20 days.” After months of struggling, he returned to a routine of just going for practice and returning home. Even that was not easy. “I had no petrol in my bike and had no money to refuel. I missed an entire month because of that,” he says.

But, he kept at it. That was the only thing he knew. And, with months of focused practice, he was picked for the Ranji squad. Says his coach Aril Anthony: “What set him apart are his patience and perseverance and his ability to self-analyse. More than being a born talent, he is the kind of player who hones his skills through hard work and patience.”

Right now, Kuldeep is learning on the job, this being his first IPL season. That he got to pick the brains of seniors such as Kiwi quick Trent Boult will help him next season. As for the money, he says it will go straight to his mother. “She knows what to do with it. Till now we never had it, so I never thought of handling so much money before,” he says with a laugh.