My boss used to mistreat me; he now calls me sahab: Rinku Singh's father

More than money, it was respect that Rinku earned for his family 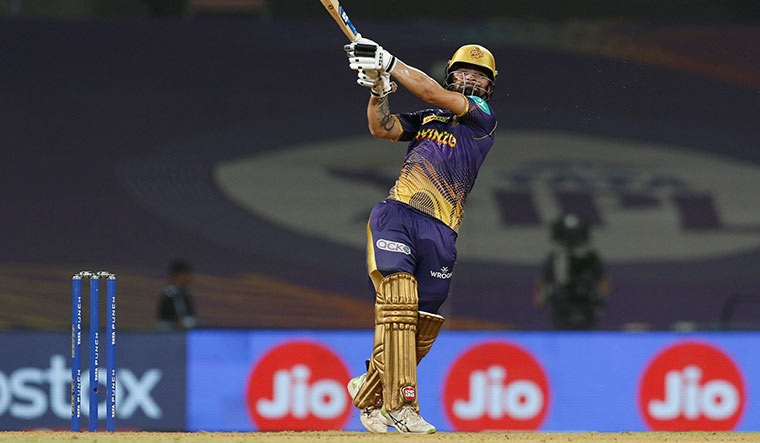 Going big: Rinku takes on the bowler in an IPL match | PTI

The day after he left the IPL bubble and returned home to Aligarh, Rinku Singh was at the local cricket ground. He handed out kits and his tips to youngsters who shared the same dream. He stayed there till dusk, and did the same the following day.

It had been a long journey for 24-year-old Rinku—he was picked for the IPL five years ago—and he wanted to pave the way for those to follow. The explosive left-handed batter, who plays for Kolkata Knight Riders, might have scored only 174 runs this season, but he did so in difficult situations, and at a strike rate of 148.71. He scored 40 off 15 against Lucknow Super Giants and 42 off 23 against Rajasthan Royals. He was player of the match in the latter. Coach Brendon McCullum even called him the “find of the season”.

In Aligarh, though, he was “found” quite some time ago. “Apart from cricket, people wanted to know if he is still the same ever-smiling and humble Rinku,” says his coach Masooduz Zafar Amini. “The one who would move around in worn-out shorts and a tee.”

In the three days that he was home, before flying out for the Ranji season, there were countless requests for interviews, felicitations and speeches. Rinku, though, turned down everyone. “He is extremely shy and reserved. People mistake it for arrogance, but he really is down to earth and a man of few words,” says his close friend Waseem Mirza, who has been doing the “dirty work of refusing requests”. 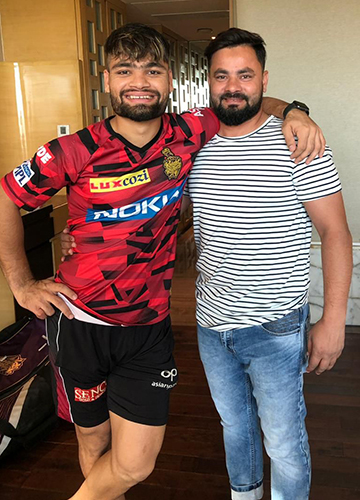 The evening before this interview, Waseem and Rinku went to a restaurant where they were mobbed for selfies. Rinku obliged everyone, but was clearly flustered, says Waseem. He only goes to restaurants because he likes his food piping hot; home delivery takes away some of the heat, adds the friend. “He does not feel like a star nor does he want to give that impression to others. In fact, he wears a mask everywhere so that nobody recognises him,” says Waseem.

A few minutes into our conversation, Rinku joins the video call with an energetic, “Hello, kaise ho aap? (how are you?).” I ask him about his shyness. “I am generally an introvert,” he says. “I do not know how to handle attention, maybe because I am not used to it. Also, I don’t really have life lessons to share because I am just a student who is learning the ropes of good cricket. There are many more talented players who have so much to say and teach.”

Rinku, whose height, claims Amini, is “exactly the same as Sachin Tendulkar’s,” began his cricketing journey about a decade back at the Aligarh ground. Amini was impressed by his cover drive, but more so with “the hunger and a desperation to do something that would earn him and his family some money and respect”. At the time, the family of eight—parents and six children and a few relatives on occasion—lived in a two-room setup inside a gas cylinder warehouse. His father, Khanchand Singh, worked as a gas delivery man for a salary of Rs12,000 a month. Singh would earn a little extra by loading more cylinders on his bicycle, which was the whole family’s ride for years. The older sons helped out with small jobs, but nothing was stable. The father pinned his hopes on Rinku. “He at least had a goal and a certain madness for something,” says Singh. “Of course, I was not too happy to learn that cricket was pulling Rinku in, but when I saw that he was getting paid for playing, I knew it was serious.”

His first big match was in an inter-school U14 T20 tournament held in Aligarh. DPS Aligarh, a high-end CBSE school, has asked him to play for them and had also promised admission. He was studying at Aligarh Modern Convent School, a state board school, at the time. Rinku played three matches in the tournament and scored a fifty in each. He was declared player of the tournament and won himself a bike. This was a game-changer for the family.

Selectors from the Uttar Pradesh Cricket Association were also in attendance, and they noticed the boy’s talent. He soon graduated to the state U16 and U19 teams, and eventually made it to the Ranji team. Kings XI Punjab picked him up for Rs10 lakh in the 2017 season; he went to KKR for Rs80 lakh the next.

“My family never imagined that we will see so much money in our lives,” he says. “We had been living with a lot of loans and this amount helped us repay them. We even built our first house. It was as if we had all gotten back the will to live.”

With time, Rinku’s game evolved. “I think I have overcome my fear and become much more comfortable now, especially when it comes to batting against international fast bowlers,” he says.

His look evolved, too. He has trimmed his beard, styled and gelled his hair and has started wearing “stylish, good-looking and good-smelling clothes.” He also owns a range of perfumes. “Other than that, I am exactly the same person,” he says. “I take pleasure in the simplest of things. I do not know what the future holds, but I will try my best to play for the national team.”

His friend Zeeshan Qureshi recalls the time when “Rinku did not even have a hundred-rupee note to spare”. “He would be roaming around in tattered clothes but never once underestimated himself,” he says. “He knew he had talent and that it would pay off some day.”

Rinku was lucky to have a close group of friends who were always there for him. “He was known for his honesty and integrity, and we knew that he was good at cricket,” says Zeeshan, who is also a cricketer. “All he needed was money. We would help him buy forms for competitions, and gave him money for travel, snacks, kits and much more. Today, when he has everything, he is still the same Rinku.”

Waseem also describes him as “jovial guy and a prankster who never misses a chance to pull someone’s leg”. He recalls a story: Once, in the team hotel, Rinku went to a teammate’s room while he was away and hung his clothes on the ceiling fan. He then walked in when the boy came back and switched on the fan. The boy was furious and complained to the team head.

The most common complaint his family and coach have is that Rinku is always in a hurry. “I don’t know why but I am like that. I am working on slowing down,” he says in a soft voice.

For his father, Rinku’s success means more than the new cars, houses and bank balance. “More important for us has been the self respect he has brought home,” says an emotional Singh. “Earlier, my boss at the gas agency mistreated me, used profanities and brushed me off as any other labourer. He now speaks to me with respect and calls me sahab.”

The parents still live in the ramshackle house, while the rest of the family has moved to a plush three-storey one nearby. “Rinku asked me to leave this job and join them in the new house,” says Singh. “But the problem is, if I leave this job, what will I do? I will be good for nothing. Fortunately, we all have enough money and luxury. But, in the end, how can we forget where we come from?”