We should not speculate on herd immunity, focus on prevention: ICMR chief 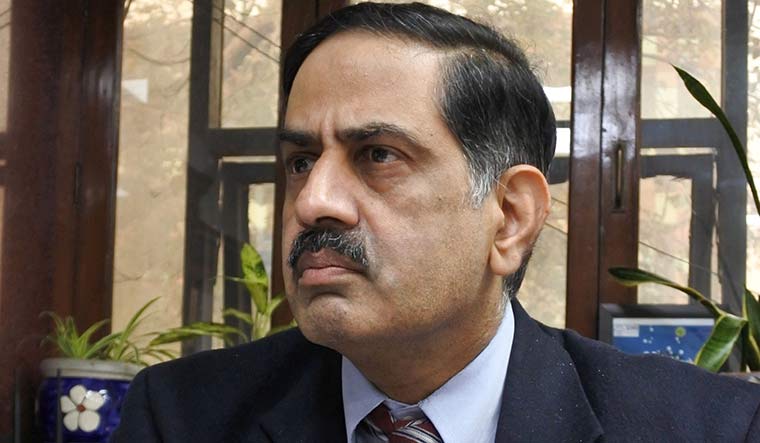 There was a decline in the number of active cases in India after October. Among other factors, this drop was attributed to innate immunity and a young demographic. How does the government assess the cause of the decline?

We followed a government and science-driven approach. Strong leadership that communicated well with the masses, chief ministers of various states who led from the front and appeared on TV to emphasise mask usage, hand hygiene and social distancing. We maintained a 5T strategy—testing, tracking, tracing, treatment and technology.

We tested aggressively and similar effort was put into [ensuring supply] of oxygen, personal protective equipment (PPE) and masks by the health, science and technology, and textiles ministries.

We took the pandemic seriously from day one. The practical and systematic lockdown, when cases were just in the hundreds, helped. But other “mysterious” factors for the lower number of active cases and deaths possibly includes higher innate immunity, the hygiene hypothesis, the BCG hypothesis—all still [theories]. But I would consider our dramatic, pre-emptive, proactive, innovative and calibrative efforts as the reason behind the decline.

You spoke about testing, which was a serious challenge for India in the beginning of the pandemic. How has that been tackled?

In January, we had one laboratory for testing—the National Institute of Virology. By May, we had scaled up the number of labs, including those in the private sector, to perform one lakh tests. By August to September, this number was a million.

We scaled up depending on the availability of labs, manpower, consumables and kits. We have also been innovative in trying to scale up testing modalities by using the “Trunat” molecular test by March-April; we got the Rapid Antigen Test in June, mobile testing labs were also set up. We also had a gazette notification that stated that all medical colleges (550 of them) were to set-up a lab. This has worked well for us as a nation, where these labs have now become a national asset. They will help us in diagnosing other diseases such as TB in the future, if we are (touch wood!) away from COVID-19.

What do results from various serosurveys, including the recent one by ICMR that has shown 21 per cent seropositivity, suggest about our pandemic control response?

The surveys suggest that we have been able to restrict the pandemic to larger cities. Serosurveys have consistently told us this—urban slums saw the highest seroprevalence, urban areas about half of that, and rural areas even lower than that. Having said that, there will be discrepancies and issues, especially when looked at retrospectively.

Given that the pandemic struck us later than others, what were the main lessons that we learnt from them?

One of the big things that we learnt early on was the point about herd immunity. India never talked about it. Many nations tried that, and fell flat on their face, including Sweden, parts of America, and the UK. What they did was allow the virus to find its own herd immunity.

But the debate about herd immunity does crop up each time a serosurvey indicates an over 50 per cent seropositivity rate, particularly in cities such as Delhi where the latest seropostivity is reported to be 56 per cent.

I think we should just not speculate on herd immunity at all, focus on preventive measures and try to improve our vaccine uptake. The seroconversion that we will get from the vaccine is far more protective than any other measures.

Serosurveys are very useful when the pandemic starts, peaks, and they help us pan out public health measures that are to be used in a particular region. But they lose their value once vaccinations start, since the seroconversion that vaccinations cause alters the seroprevalence figures.

Do you think your target for vaccination is realistic?

By July-August, we aim to give the two doses of Covid-19 vaccines to 30 crore people. I am optimistic. India is the vaccine capital of the world. We make the best vaccines; we supply 60 per cent of the vaccines to the developed world for various diseases. India's universal immunisation programme has been running for 60 years now, and so that experience will definitely help us.

Several countries such as the UK, those in the EU, and the US, are facing supply issues.

In India, it doesn't seem that we would be encountering these issues. Currently we have two vaccines, and there are more on the horizon. We should be able to tackle our supply issues.

There's growing concern about various mutant strains, particularly, the South African and Brazilian strain. Is that a cause of worry in India, too?

Mutant strains are definitely a cause of worry. Which is why despite our low numbers, we have to be cautiously optimistic, so that there's no second peak. We need to continue to follow COVID-appropriate behaviour, avoid mass gatherings. This [must continue] even after vaccination.

There's some confusion about the certain contraindications relating to the two vaccines. Could you clarify?

The major contraindication is a history of severe allergies or anaphylaxis that has required hospitalisation in the past, the use of adrenaline, and pregnancy.

Even pregnancy is becoming a relative contraindication now with the WHO saying it probably it can be given. But our advisory at the moment is not to give it to pregnant women.

There have been suggestions of testing the vaccine [for pregnancy] in animal studies. However, some data will be generated from studies across the world, from women who get vaccinated but who did not know that they were pregnant [at the time of vaccination]. We will definitely have some data on that in the near future.

The ICMR conducted the largest trial on plasma therapy in the world. However, the use of therapy continued despite the trial results that showed no benefit in mortality.

The PLACID trial was the largest in the world which was published in the BMJ with two editorials saying how democratisation of research has happened in India. The use of plasma was studied in moderate-to-severe cases and was not found to be useful to prevent mortality. However, the use in mild disease was not studied, and so people did continue to use that.

Deaths following vaccination are also being reported since the drive began. How are they being assessed?

We have seen a few deaths, with a handful occurring one to four days after vaccination. With these, we collect the data, forensics and analysis are done, sent to the ethics committee and then to the drugs controller. Forensics and pathological tests can establish a connection—if there's a connection. But causality has not been established. None of the deaths are linked to vaccines.

Vaccines very, very, very rarely cause deaths. They are made to prevent disease.

As we prepare to move to the next stage, do you think vaccination should be free for all?

I am a strong supporter of public health. I firmly believe we have to nurture and spend on public health, that's how we will able to contain more such pandemics. We need to maintain our expenditure on climate change, preserving our ecology and ecosystem, and our biodiversity, so that we are able to prevent pandemics.

As for vaccines in particular, in most parts of the world it is being provided by the state at the moment. What will happen in the future, we don't know—how the pandemic [will evolve] or how the mutant strains will behave. The government has clearly made a tremendous choice of allocating Rs 35,000 crore for vaccines.

As far as healthcare is concerned, the pandemic has been a huge wake-up call, especially for countries such as India where resources are constrained. What are your thoughts on that?

I think the most important thing we have learnt is that we have always underestimated our potential, as a country, as ICMR. With this pandemic, we have realised our potential is tremendous. We have to come out of our silos, and work together, within scientists, within labs, institutions, organizations, and ministries. If we are able to do that, sky is the limit.

Even with limited resources a lot can be delivered. In this pandemic, we were able to deliver when our healthcare infrastructure was limited, we built oxygen generation plants and set up laboratories in medical colleges. The resources are there—it is about how we channelise or utilise them.

We can always do much better. We still have several problems, the communicable diseases that we have to eliminate have become the national agenda—TB, leprosy, malaria. We also have to control non-communicable diseases that are raging in a huge way—diabetes, hypertension, the cancers, strokes, heart attacks, since they contribute to 60 per cent of the daily adjusted life years lost in India.

Given our numbers, could we have done more drug/therapy trials for COVID-19 in India, along the lines of the plasma trial?

It was very frightening, initially. But I must commend the healthcare workers, hats off to them since they have worked tirelessly, 24x7. I think it's something which the other fields in this country should realise—the kind of dedication and work that was put in by the healthcare workers, particularly at the AIIMS trauma centre where I was admitted.

How is the effort to study long COVID in India progressing?

ICMR has a national registry, with 41 sites and several mentor institutions including AIIMS and the health ministry. Admitted COVID-19 patients are being studied across several aspects, from COVID risk factors to the duration of the disease, its treatment, how they recovered and the follow-up they received. We established it slightly late, in August, though, since we were dealing with other things by then. But the registry is running well, and there will be some data in the future.