Army surgeon on the frontline of Covid-19 battle dies 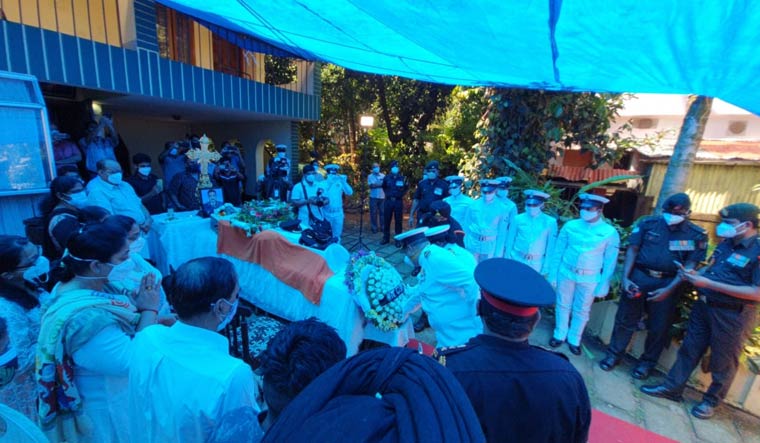 Colonel MS Vinod Kumar, Senior Adv (Surgeon) in paediatric surgery, passed away on Tuesday at the Army Referral & Research Hospital, New Delhi, at the age of 43.

While the officer was serving at the Army Referral & Research Hospital, New Delhi, he was involved in the response to the major disease outbreak. He contracted COVID-19 and was battling the virus since April this year. His demise in the line of duty has shocked his colleagues in the Army and the medical fraternity.

His death from COVID-19 robbed the Army not only of a leader in the response, but also of someone with an unparalleled service mentality, a statement said.

The funeral was held on Wednesday at St Antony's Church, Mannuthy, near his hometown Thrissur, in liaison with Southern Naval Command. His last rites were conducted with full military honours and in compliance with COVID protocol.

As a mark of respect to bid final adieu to the fellow soldier, wreaths were placed on his mortal remains on behalf of the commander in chief, Southem Naval Command, Station Commander, Kochi (Venduruthy) and his AFMC batchmates . 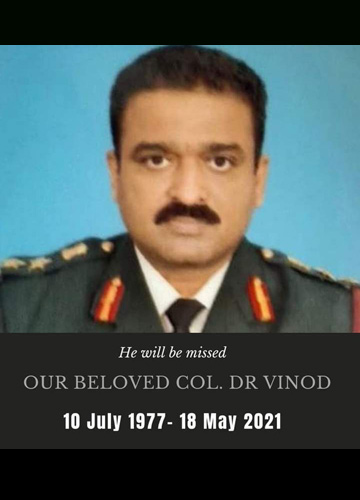 Having completed his MBBS from the prestigious Armed Forces Medical College (AFMC), Pune, he was commissioned in the Indian Army on July 24, 1999. The officer pursued his MS in General Surgery from AFMC in 2008 to be followed up with MCh in paediatric surgery from PGIMER, Chandigarh, in 2016.

Dr Vinod Kumar was regarded by all as a leader in his medical profession. He played a key role coordinating efforts to respond to the COVID outbreak since it began. His colleague said he was a surgeon of great ability, compassion, untiring energy and unparalleled enthusiasm, who made several valuable contributions in the field of paediatric surgery.

He is survived by his wife, Amrita, and two sons, Kiran (19) and Tarun (14), one of whom will be carrying his legacy and is following his father's footsteps to become a doctor.