For every Covid-19 warrior who went to battle, there was a battalion of heroes 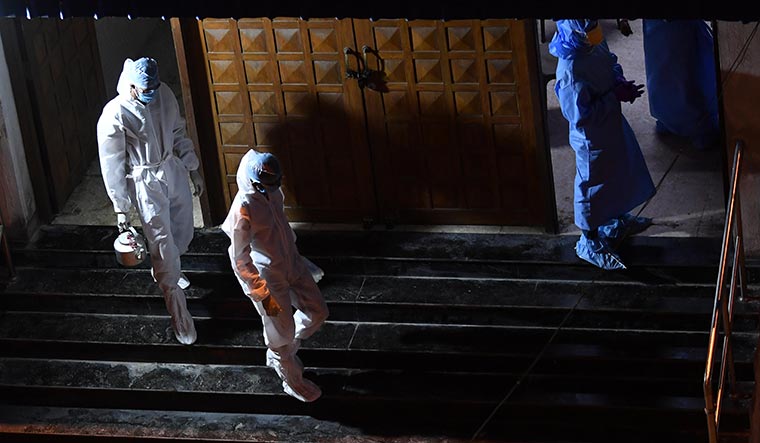 Behind the scenes: Housekeeping staff at a quarantine centre in Kolkata | Salil Bera

It was the summer of 2020. Covid-19 had locked the world into tight rings, both within nations and internationally. In the UAE, many Indians were stranded, having lost jobs and with no means of returning home. When India launched its biggest ever repatriation mission, Vande Bharat, there was a scurry to book a seat home.

Ananya Srivastava, a 13-year-old living in Dubai, had a grand sum of 3,000 dirhams in her savings box, money she had been collecting for over three years by denying herself many little treats. She was saving to get herself a dog for her 13th birthday. Then, she heard her father in discussion with his colleagues about booking a special charter for northeast India, to send home retrenched workers. When Ananya learnt that there were people who did not have money to get back home, she was shaken. A little later, she went to her parents with her savings. “Will this take them home?” she asked. Ananya's contribution sponsored the return of two men.

Much before Sonu Sood became the patron saint of the stranded, young Ananya was that little angel who understood their pain. Tiny though her contribution might have been, it was that vital drop in the pool of heroism that is helping the country tide over the havoc of the pandemic. “I only wish I could have done more,” she says. Give until it hurts, Mother Teresa used to say. Ananya is honest enough to admit that it saddened her not to get her dog. They tried adopting one, but the paperwork was so cumbersome that the attempt failed. Ananya stoically began saving again, till January 2021 when a friend's dog had a litter. Her parents felt she had earned it and brought home a tiny Maltese, whom she named Pebbles. 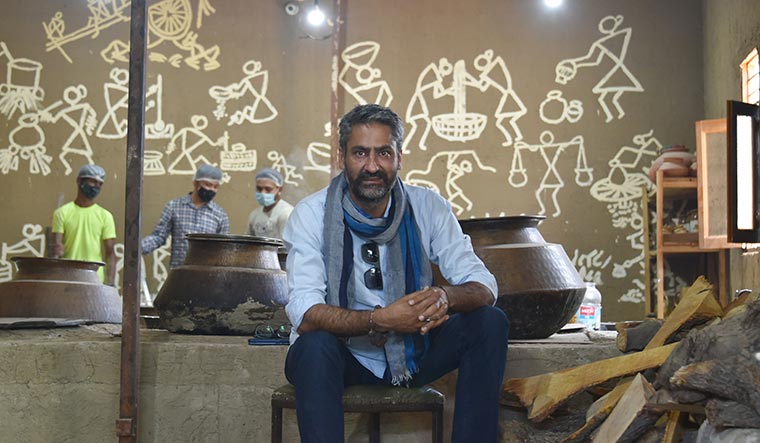 Over the last one year, the pandemic-induced lockdown has thrown up one challenge after another. Each of these challenges raised a battalion of heroes—men, women and children, who came out with succour and solution to every situation. As the world looks at India's performance during the last year, there is wonder in how a country with a huge population and a basic-at-best health infrastructure not just dealt with the virus so well—with a per capita death toll much below that of the advanced nations—but was also able to reach out to the less privileged across the world. 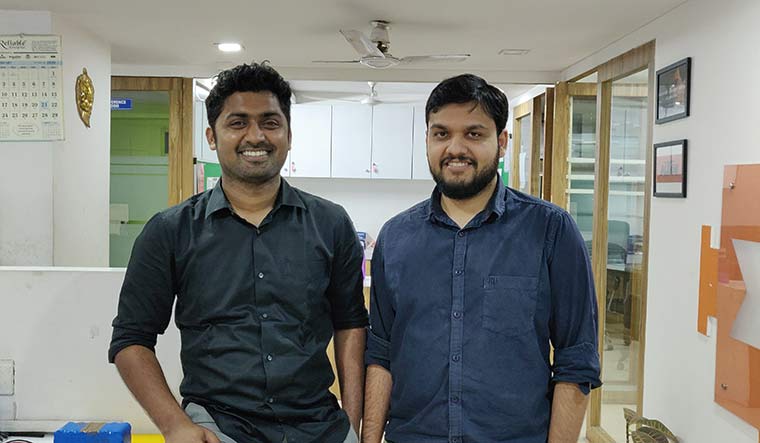 This was because the country began preparing for the pandemic much before it hit our shores. As Shekhar Mande, director general of Centre for Industrial and Scientific Research, says, India was well aware of how poorly equipped it was, and got into a war mode to prepare armour and ammunition for the battle ahead. In fact, much as we doff our caps to the Covid-19 warriors, or frontline workers—health and conservancy staff, transporters and supply chain managers—who ensured that people could stay at home, we salute those who armed and armoured these warriors, too, while themselves remaining in the shadows. 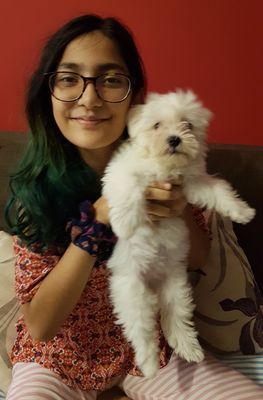 India is one of the countries where the mask protocol has been good. Nanotechnologist Sandip Patil, an alumnus of IIT Kanpur, was among the first to provide an India-designed mask that not just created a barrier and kept out pollutants, but was also pathogen resistant. He had developed this mask, sold under the brand name Swasa, a few years earlier, when India began battling winter smog. His enterprise was modest. But when the pandemic unfurled, Patil went back to the incubation centre at his alma mater and ramped up production, tirelessly supplying hospitals and government agencies across states. The masks were much cheaper than imported varieties (in any case, imports had stopped). Patil was pleasantly surprised to see Prime Minister Narendra Modi donning these masks. In the early months, he was the largest maker of N95-class masks in India. By July, other manufacturers also entered the market. India is now providing masks to other countries in its aid hampers.

If the mask is the first line of defence, the ventilator is the last resort. The story of how India became a ventilator-maker reads like a race-against-time thriller. On March 16, the prime minister's office announced the Covid-19 innovation challenge and Amitabha Bandopadhyay, who heads the bioincubator at IIT Kanpur, reached out to his various groups. One was a duo, Nikhil Kurele and Harshit Rathore, both 27, who had a startup unit in Pune, manufacturing robots to clean solar panels. “I asked them if they would make a ventilator,” says Bandopadhyay. They had never seen a ventilator in their lives, and knew next to nothing about medical technology. “Yet, we researched, staying up all night. And in 48 hours, we came up with our first design,” says Rathore. “We saw our first ventilator only after we had designed one.” 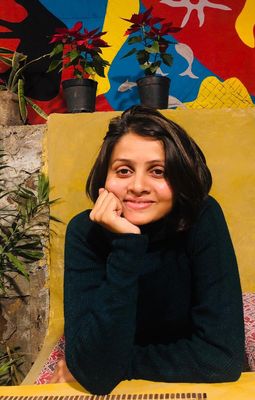 Knowing they were onto something big, Bandopadhyay contacted alumnus Srikant Sastri, and together, they formed a task force of 20. “We had two Padma awardees on board, five CEOs, medical technology experts.... Every day at noon, we got together for an online conference, then went ahead with our responsibilities—raising funds, getting clearances, and looking at manufacturing and marketing issues, while the inventors tinkered away,” says Sastri. They raised Rs4.6 crore from donations for the project. At one point, Kurele and Rathore needed some electronic equipment from Singapore. The task force contacted the Indian high commission there and was able to get the components delivered in a special flight at a time when both countries were in lockdown.

It was an exciting time. The inventors improvised, using a fish tank pump for one of their initial models. Even that was difficult to obtain and they sent a message to their housing society for it. Within 90 days flat, the team had its completely indigenous ventilator ready for ICU use. It was priced at less than half the cost of an imported ventilator. They have sold over 500 units and even exported to Bhutan and Nepal. “There is a big demand from hospitals in smaller towns, who want life saving equipment, but at affordable prices,” say the innovators. Bandopadhyay and Sastri have written a book, The Ventilator Project, detailing this adventurous initiative. It was published recently.

Then, there were those who focused on the victims of the pandemic. Not every victim was one who tested positive. There were also those who were displaced and jobless. Sameer Dhar, 47, proprietor of Nowhere Terrace, a pub-cum-co-working space in Gurugram, kept his kitchen running even when restaurants began shutting down in early March. He had to feed his 64 employees. Soon, maintenance staff from nearby units also came seeking a meal. On March 28, when the unemployed migrant force began walking homewards, Dhar shivered as he recalled his flight from Srinagar during the exodus of the early 1990s. His connection with them was instant, and he began providing them with meals. “I was preparing 3,000 meals a day when the municipal commissioner contacted me and asked if I could scale up,” he says.

By April, they were making over 33,000 meals a day. “We set up a gas line on the terrace, forced a utensil shopkeeper to open up and sell his biggest vessels to us,” he says. And as with all good things, the word spread, and donations came in. Someone gave Rs21, another Rs5,000. Someone left a quintal of rice, someone supplied vegetables. “I was only captain of the ship,” says Dhar. “There were so many people who chipped in. We worked from day to day, never knowing where tomorrow's supplies would come from, somehow, they did.” The city municipal corporation helped with delivering the food. Nearly a year later, Dhar's kitchen is still feeding the needy. There is still a huge number of hungry people out there.

Online education may be the new normal for today's students, however, with poor internet access, as well as the financial burden of the pandemic, UNESCO has put the number of children who will drop out of education worldwide at 2.4 crore. In India alone, estimates say that the number of children out of school will double, with a majority of them never being able to return. Kanishka and Himanshu Arya are among the few primary schoolers who are valiantly struggling with their online classes, conducted via WhatsApp. These municipal school children began floundering by the autumn of last year, with their parents unable to teach them properly, and teleclasses having limitations.

Then, students from Delhi's Jesus and Mary College contacted their parents and offered individual, remedial classes. These didis, themselves undergrad students, conduct hour-long tuitions for the underprivileged students, free of charge. Mary Michelle, president of the college's education programme, says: “We used to teach underprivileged students of nearby areas in the past, but the lockdown halted that exercise. When the new term began, we thought of going online, and got contacts of needy students. We are teaching children from primary till the age of 16. Some children don't have data, so we do their classes through regular calls. Sometimes our volunteers themselves top up data for their students.” These teachers are themselves scattered across the country now, since hostels have not opened. The programme, however, is running well, the individual attention being vital to the young learners. Across the country, several such interventions are helping stem the dropout rate.

And just because the country has opened up and people are returning to work and campuses, it does not mean we do not need heroes. The pandemic is still on and the country is in constant need for newer interventions for emerging situations. One such solution has been developed by the innovation team of Indian Institute of Science and Education Research, Bhopal. Called the Crowd and Mask Monitoring System, this low-cost artificial intelligence device replicates manual policing. A high resolution camera can scan the corridors or rooms, and if it detects that social distancing norms and mask protocols are not being maintained, it triggers the announcement system to blare out a pre-recorded warning.

Now, whoever said every hero has to be a swashbuckling knight in shining armour?