Tested to the limit 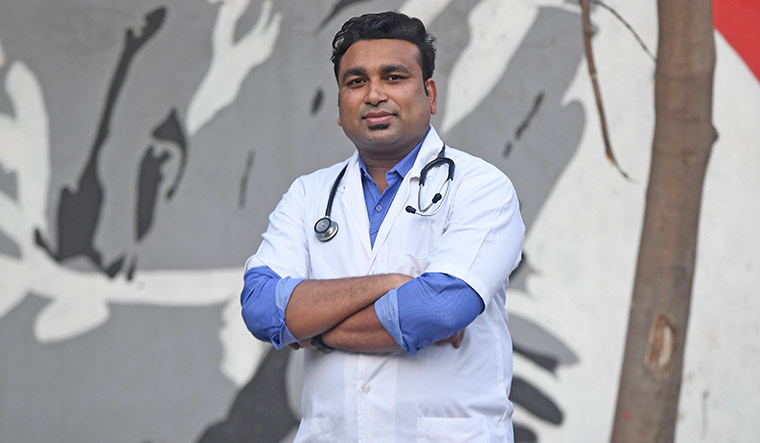 In April 2020, barely a week after the lockdown was announced, Mumbai's civic-run BYL Nair Charitable Hospital became the city's first tertiary care centre; it had 800 isolation beds and a 50-bed intensive care unit for Covid-19 patients. Within weeks, both its buildings were converted into dedicated Covid-19 facilities with 1,500 beds. But, the hospital's resident doctors had begun attending to Covid-19 patients in early March. They were first sent as screening teams at the international airport and thereafter to treat the first few Covid-19 patients admitted in the nearby Kasturba Hospital.

As cases soared, there were reports of residents expressing their reservations about turning a tertiary medical college into a dedicated Covid-19 hospital. Yet, the call of duty consumed them and served as an opportunity for self-training. “Many of us were excited,” says Dr Satish Tandale, a third year resident (pathology). “We were a mixed lot, with juniors and seniors; irrespective of specialty, we all did it (attend to Covid-19 cases). We had no idea how our lives were to change; in terms of dealing with an unprecedented volume of patients and surviving it.”

Tandale, who is also the president of Maharashtra Association of Resident Doctors, says the “harrowing experience” of nine months inside Covid-19 wards will remain etched in his memory forever. “There were so many moments of extreme exhaustion during each eight hour, non-stop shift,” he says. “Every day was frustrating because the numbers just kept growing. Initially, the problem was sourcing the PPE kits and N-95 masks. But once we had them, the problem was how to dispose of them.” Tandale, who hails from Beed, did not see his parents for 10 months.

More than 100 residents at the hospital contracted the virus while on duty. “Initially, we had the 'seven-day duty, seven-day quarantine' schedule, but, the quarantine was eventually reduced to one day,” says Tandale. The hospital, which, at the time, was the biggest Covid-19 facility, was facing a severe shortage of staff, even as all Covid and non-Covid hospitals were referring their patients to Nair hospital. Now, there are only two to three wards dedicated to Covid-19 cases.

“The most important lesson I learned was how doctor-patient relations underwent a drastic change,” says Tandale. “Even though we saw many families roughing up residents across various hospitals, personally I experienced patients' faith in us and the hope that we will bring light into their lives. Also, at Nair, the residents, who were at the centre of it all, came together to prove that government hospitals, too, can emerge victorious during testing times.”