B.S. Yediyurappa's leadership shone through even as he fought the virus himself 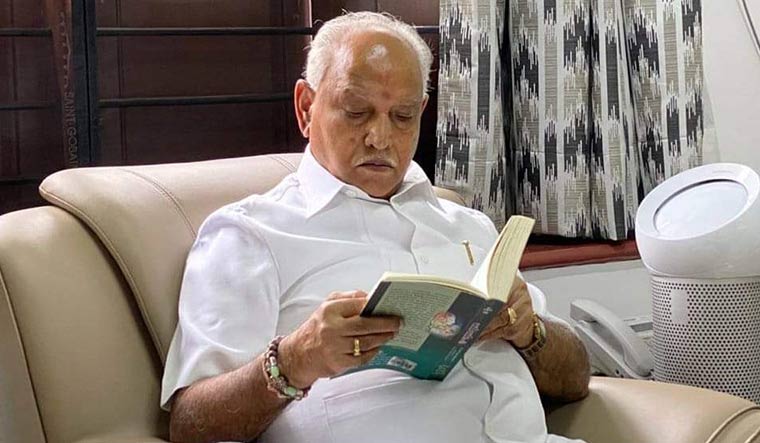 Karnataka Chief Minister B.S. Yediyurappa has had a difficult time since he took over the reins of the state in July 2019. A bribery case against his family members, growing dissent within the BJP and demands for reservations by various communities, among other issues, have all tested the seasoned politician. But, the biggest crisis was surely the pandemic.

When it struck, the chief minister was already battling floods. But, the veteran was unfazed and tackled this new foe head on. “We had stringent enforcement of lockdown, containment and quarantine norms,” he said. “We evolved strategies for aggressive contact tracing and testing, identified the hotspots, trained and streamlined the frontline workers, adopted latest treatment protocols to reduce mortality and tame the deadly virus. Most importantly, we made Covid-19 testing and treatment free.”

The state also leveraged its technological prowess for effective contact tracing, surveillance, containment and contingency plans. This included mobile applications like Corona Watch, which gave Karnataka an early edge. The app alerted people to the movement of Covid positive people in a particular vicinity.

It looked like Yediyurappa had everything under control. But, then news broke that the 78-year-old had tested positive for the virus. There were concerns that his age would lead to complications. Luckily, he was asymptomatic. However, he was hospitalised on doctors’ advice.

Yediyurappa started working from his hospital bed, clearing files, holding virtual review meetings and consulting expert committees. After 10 days, he tested negative and was back home, but quarantined himself. To add to the worries, heavy rains devastated parts of the state while Yediyurappa was in isolation. He monitored relief work and was in constant touch with the chief secretary and the local administration via phone and through video conferences.

Yediyurappa has had a daily exercise routine for decades. Amid Covid-19, too, he got in one hour of morning and evening walks. He also started drinking herbal remedies to increase immunity. He attributes his good health to his diet—millets and vegetables, along with fresh milk from cows that he rears. The chief minister says that the time spent with calves also helps relieve stress.

He says he would have loved to spend more time with his grandchildren. But that was not possible because of the pandemic and his hectic schedule. During his hospital stay, when he was not working, he was reading. He says he read Yayati (Kannada translation of V.S. Khandekar's novel) and Veera Sanyasi (biography of Swami Vivekananda by Swami Purushottamananda). He confides that he also watched re-runs of the Mahabharat on Doordarshan.

Once he completed his 'exile' and returned to the chief minister's office, he took all precautions to ensure that he would not have to be hospitalised again. The RT-PCR test was made mandatory for all visitors, including ministers, bureaucrats and government officials. His staff was tested every five days.

Yediyurappa's calm response had a lot to do with how well Karnataka tackled the pandemic. The state's model of Covid-19 response earned praise from Prime Minister Narendra Modi and the World Health Organization, while the virtual training of 2.5 lakh frontline and health care professionals was appreciated by President Ramnath Kovind.