A new breed of entrepreneurs is changing the hospitality scene 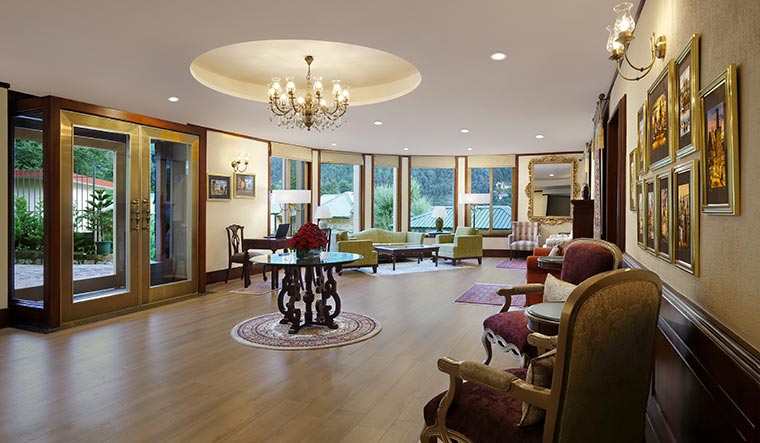 Time was when a stay, or at least a meal, at the Taj was considered the ultimate status symbol in India—of having ‘arrived’ in life. Such has been the iconic brand value of domestic hotel chains like the Taj and The Oberoi, that it refuses to diminish even after the large-scale arrival of international hotel chains in India, all with their plethora of sub-brands and cookie cutter formulae. After all, Indian hospitality with its unique roots in the cultural mores of this country have few parallels. And now, a whole new breed of local entrepreneurs plans to take this success story one step further with its shot at glory. Call it the Indian hospitality revolution 2.0, if you will. 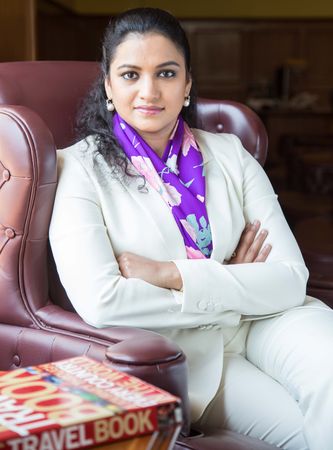 AMRUDA is a blue-blooded royal as far as India’s hotel industry is concerned—granddaughter of the legendary Captain Krishnan Nair, who founded the Leela group, and daughter of Leela’s present chief Vivek Nair. An economics major, Amruda’s speciality is number crunching, something she put to good use after her hotel management higher studies, as a hospitality brokerage analyst with Lang La Salle. After specialising in areas like pre-opening budget reviews, management contract negotiations and operational audits in top hotels abroad, Amruda returned to India and launched Leela properties in Gurugram, Delhi and Chennai.

Then, surprising many, she struck out on her own. Amruda’s recent venture, Araiya, is in the hill resort of Palampur, Himachal Pradesh. The focus is on an upscale boutique lifestyle property, focused on providing “value... by crafting superior guest experiences to meet the ever-evolving needs of today’s travellers,” as she puts it. “[My] vision is centred on providing guests with the ultimate comfort in an environment that is both immersive and enriching,” says Amruda. This translates to standardised brand guidelines, energy efficient and guest-friendly smart designs, and of course, acquiescence to the eco-friendly buzzword.

Like most new-gen entrepreneurs getting into the hotel industry space in India, Amruda is also focusing on the resort and leisure space right now. Her next venture is scheduled to open next year in Kozhikode, Kerala, a tourist spot that is also close to the village her family hails from. And no, being in a glamorous but hyper-competitive industry where margins can be razor-thin does not faze her. “We are not limited by a minimum inventory, and can take up projects that can be grown in a phased manner. Our set-up marketing and technology costs are almost 40 per cent lower than the traditional big brands,” she points out.

Amruda believes in going slow and steady. All her projects are greenfield, designed and built on Araiya’s specifications. A third one will come up in Ahmedabad, while international expansions are being planned in Nepal and Sri Lanka. “With Araiya, I seek to bring the best of global practices and warm, intuitive Indian hospitality in a modern and efficient setting,” she adds. 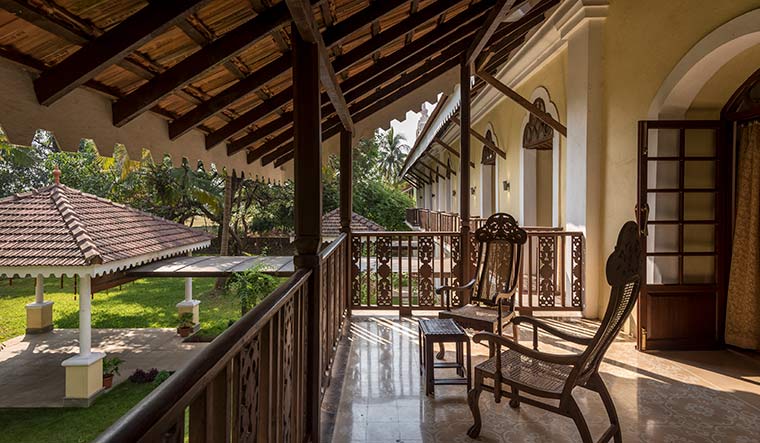 KAPIL CHOPRA is a man in a hurry. His greenhorn hotel brand, The Postcard, is barely a few months old, but already boasts of three upscale boutique properties in Goa, with many more on the way. “I’m talking to three property owners in the hills,” he says. “[One] is a tea estate in Kaziranga (Assam) spread across hundreds of acres. Imagine a tea-based food tasting one day, a trip down the Brahmaputra the next day and rhino spotting another day! People are seeking adventure; a different holiday. And I want to give it to them.” 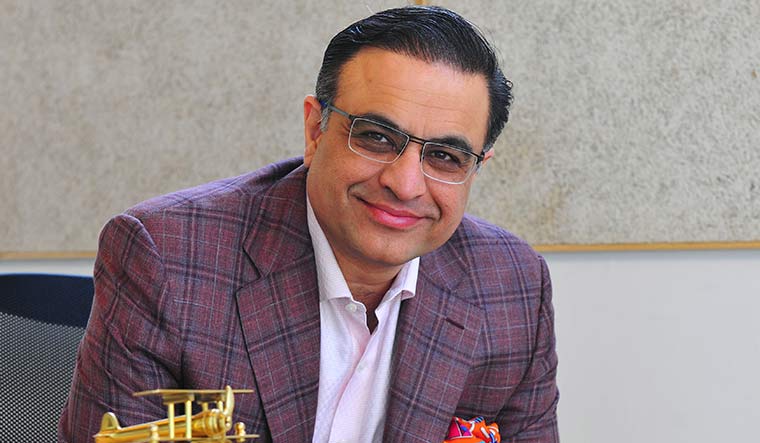 Kapil says the idea hit him during his earlier stint as president of The Oberoi hotel group, when he stayed in a few premium properties in Goa available on Airbnb and Booking.com, which were priced higher than the most expensive hotel around. “I woke up, walked around like a local, checked out the beaches. For me, it was a new look at Goa compared with the sanitised version I had seen so far,” he reminisces. “That meant there were people charging more without a brand or a service guarantee, and there were people going for these kinds of options.”

The Postcard’s three launch properties are all in a Goa different from the cliche of big resorts, beaches, boozing and blow-out raves. Postcard Velha is nestled in a 300-acre coconut plantation. The welcome drink is the local feni. For the local cuisine, grandmoms from nearby Goan villages share their artisanal home-style recipes. Check-out and breakfast timings are left to the guests to decide. “We want to take away all restrictions and make it personalised,” says Kapil.

His dream is to take his Indian brand global. A property in Sri Lanka and one in the wine region of southern France are set to open soon. “If JW Marriott can open in Mussoorie, where are [the Indian hotels] in the Alps? Ski lodge in Italy? Why can’t we be there?” he asks. 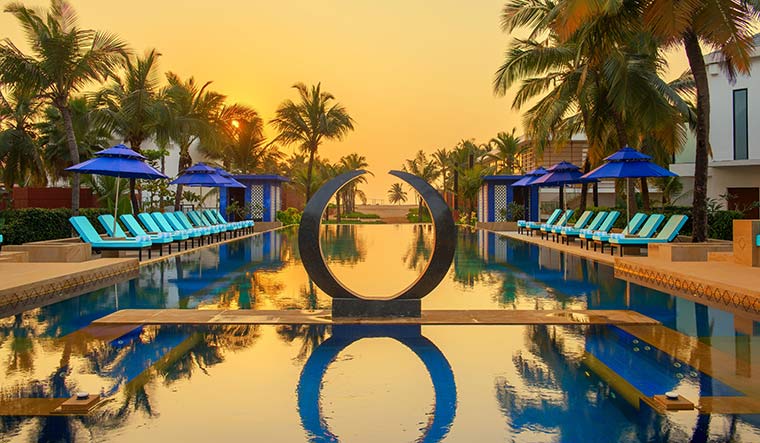 WHEN AZAYA BEACH RESORT opened its doors in south Goa last year, there were gasps of admiration. The resort offered the kind of plush features one hitherto saw only in super luxury resorts in Thailand or in the Caribbean—private plunge pools, expansive suites with open areas and personalised beachside services. Not to forget, the world cuisine on offer, with intrepid design-forward aesthetics in every nook and corner, like the Portuguese garden and the open library. 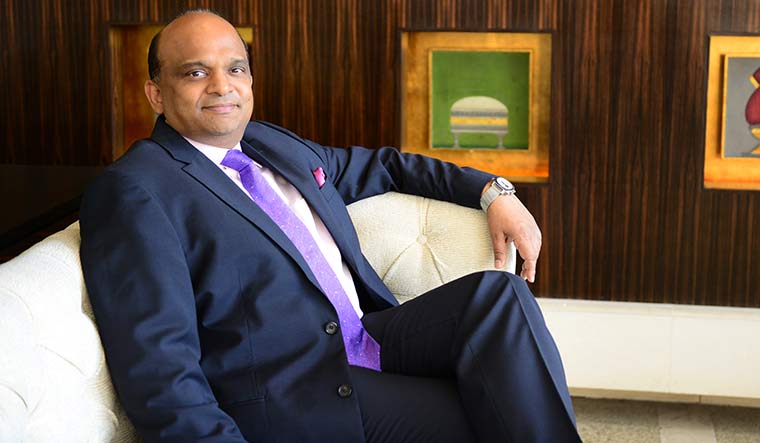 On the face of it, Azaya is a homegrown brand and this Goa hotel is its debut property. But Azaya’s promoters, the Sarafs, are no strangers to hospitality. Umang Saraf’s father, Radhe Shyam Saraf, is one of the most respected hoteliers in the region. The Sarafs started the legendary Yak & Yeti in Kathmandu, Nepal, and followed it up by opening the 550-room Hyatt Regency in Delhi in time for the 1982 Asian Games. Since then, they have opened five-star hotels across the country, from Mumbai’s Grand Hyatt to the world’s first Hyatt Place outside of North America, in Goa.

But, while in recent years the Sarafs had spoken of tying up with international brands other than Hyatt, too, Azaya is their first homegrown brand, and the first hint of an emerging Indian brand icon. “Azaya will spark timeless memories,” Umang said at its launch. “With Azaya’s innovative approach to hospitality, the concept will offer a youthful, fun-loving vibe, with a relaxed ambience in a contemporary setting.”

With their own brand, the Sarafs have sounded the battle cry. There were reports that the Sarafs will use the Azaya brand to bid for Delhi’s Taj Mansingh’s auctions, but even without it, they are just revving up for a grandstand. “The future for us lies in acquisitions, as the greenfield is time consuming and adds more to the cost,” said Umang. On the anvil are a hotel and convention centre in Bodh Gaya, as well as new launches in Bhubaneswar, Thiruvananthapuram and Jaipur, likely to be a mix under other international brands like Hyatt, as well as his new baby, Azaya. 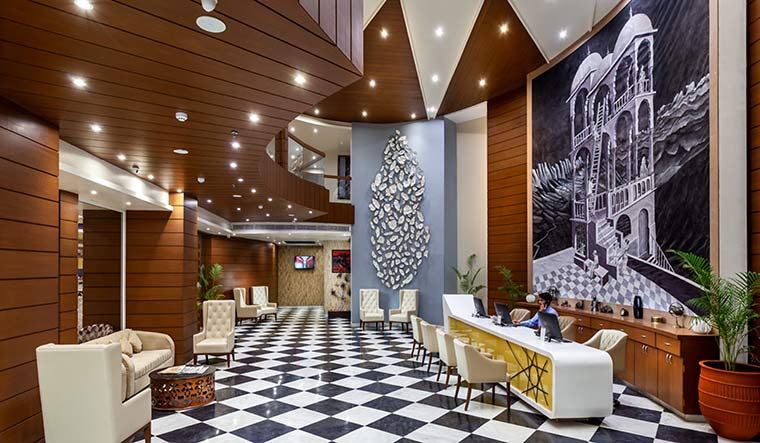 REIMAGINE AND REINVENT. These are the buzzwords of hotelier Ashish Vohra. “Only 30 to 40 per cent of a business plan actually works. You have to be ready to reinvent and reimagine yourself,” he declares, before quipping, “Or, as I call it, what they don’t teach you at Harvard!” The lesson has helped Ashish quickly adapt after he left his cushy head-of-marketing job at The Oberoi, first with his service apartment business, then with banqueting. 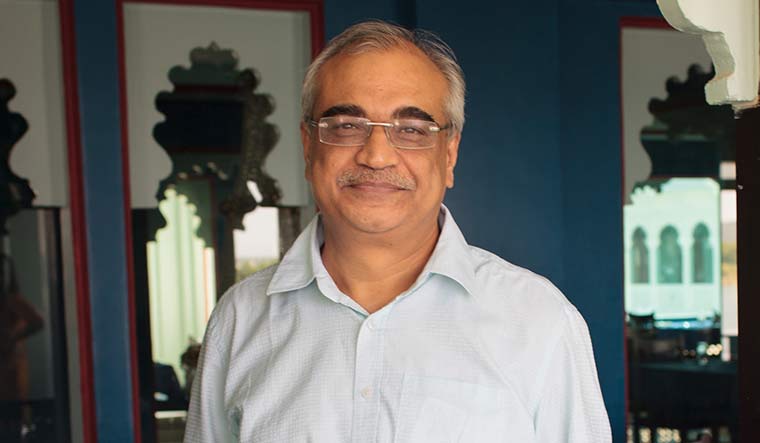 His lasting success story has been in a niche boutique space which few people had tried before in India. With his Justa brand, Ashish’s chain of art and design hotels has been a runaway success. His initial plan was not that lofty, though. “There weren’t too many small boutique luxury properties earlier in India” he said. “My plan was to have a space with a great bed and good shower—the basics, but get them right.” But, as he continued reimagining, all his properties across the country soon became art and design focused. Justa’s striking design hotel in Chennai, for example, was made in such a dramatic fashion because the space was limited and the only way to keep it premium was to bring in the design element.

That has now become his USP. Justa Sajjangarh in Rajasthan, which opened last year, was described by an international reviewer as the “most art heavy hotel in the world”. His next launch is what he calls ‘Justa for the next decade’, slated to open in Delhi by November, with one in Bengaluru and two in Rajasthan also on the anvil. Ashish does not have any partners or accept funding, and plans to grow organically with “cautious optimism”. “The market in India is pretty large. There is so much room to grow,” he says. 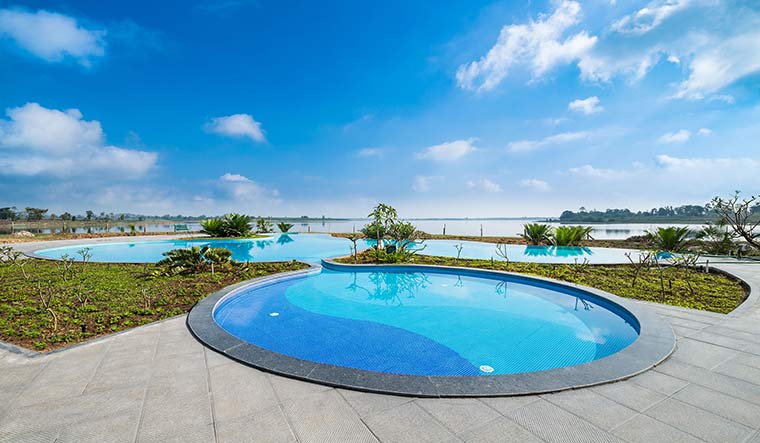 WHEN AMITHA PRAKASH, chairperson of the Airaa and Prayag Education Trust, launched the first Discovery Village in Karnataka’s Kanakapura, entering the hotel business was not her dream. It was originally intended as a learning camp for students. But it soon evolved into a corporate and family getaway, finally hitting upon its niche of being an eco-resort that celebrates nature, history, local crafts and foods. 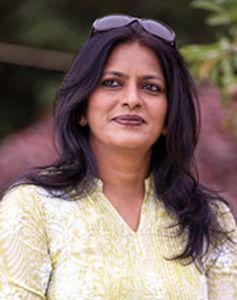 “Hotel and holiday experiences are usually generic, with a ‘one size fits all’ approach that rarely acknowledges or incorporates local cultural elements. This was something we wanted to change,” explains Amitha. “Our USP is creating curated personalised local experiences. Guests can choose the type of holiday they wish to enjoy—adventure, self-development, heritage, wildlife or a combination of those—available in and around the property.”

Discovery has four resorts, all in south India, in Kanakapura, Nandi, Kabini and Masinagudi, with one in Chikkamagaluru set to open soon. Amitha acknowledges the marketing constraints of a small hotel player, but feels that there are advantages, too. “We can highlight and leverage localised context,” she says. Of course, she plans to expand to the rest of the country, too, starting with the west.

“Expectations of India hotel guests have evolved beyond a clean room and ‘hygienic’ food,” she points out. “Today, guests want to create memories and experiences that are tailored to their requirements.”

* The Fullerton Bay Hotel, Singapore: This amazing waterfront hotel is infused with a style that is both contemporary and international.

* Soneva Fushi, Maldives: Hidden among the dense foliage on Baa Atoll, a biosphere reserve, Soneva Fushi is the ultimate destination for digital detox.

* Meadowood Napa Valley, US: Situated in a delightful landscape of wildflowers and vineyards spread across miles of rolling hills, the stay at Meadowood is beyond extraordinary.

* Nira Alpina, Switzerland: Located close to the resort town of St Moritz, Nira Alpina is a perfect place to relax. Also enjoyable are the local wines they serve.