“I wanted to forge a path of my own” 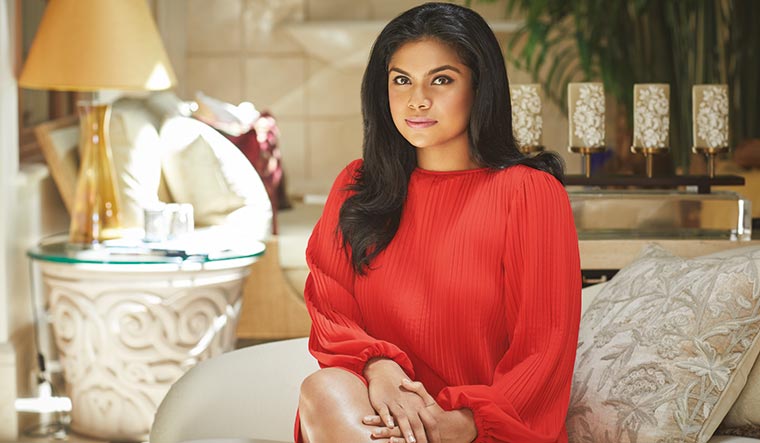 Captain C.P. Krishnan Nair, founder of the Leela Group, started his career in textiles before he ventured into hospitality. He used vegetable dyes and shipped the first consignment to Brooks Brothers in the US. When they did a wash test, the colour kept bleeding. So they sent a telegram, informing him that they were returning the garments. Captain Nair was crushed, as he had invested all his money in the business. A few weeks later, he got another telegram saying that his shirts were all the rage in America. It became known as the Bleeding Madras phenomenon; the indigo dyes had bled so much that each shirt looked different.

For Captain Nair’s granddaughter, Samyukta Nair, 34, it was déjà vu to start her entrepreneurial stint in textiles; she launched her sleepwear label, Dandelion, in 2015. “It was a sort of homecoming for me,” she says. “I grew up hearing textile-related conversations.”

Like her grandfather, she did not stop at that. A year later, she launched the fine-dining restaurant Jamavar in Mumbai and, in 2017, Bombay Bustle in the UK. The same year, she started Clove in Mumbai, which offers a range of hand-crafted products from all over India. She is reluctant to divulge how well each of her ventures is doing. “Yes, the markets are facing their own challenges,” she says. “In England, there is Brexit. In India, too, the state of the economy is not encouraging. I think you just need to have faith and believe that everything that goes down has to come up.”

More than business, however, her forte is design. Her first project, in fact, was taking care of the furniture, fabric, embellishments and art at The Leela Palace, Udaipur, in 2008. She says she gets her design sense from her mother, who took her to museums like the Museum of Modern Art and the Metropolitan Museum of Art in the US while she was growing up in Mumbai and New York. The aesthetics of each of her projects, she says, is contextual. While with Jamavar, for example, she wanted to create something rich and royal, she wanted Bombay Bustle to cater to a younger audience by showcasing the dandy side of Mumbai—its art deco architecture and the colour blocking you see in places like Ballard Estate. Much of it was inspired by the dabbawalas, whom she calls “the carriers of Bombay’s bustle”.

She was always sure she did not want to join The Leela. “I guess it is the entrepreneurial spirit in me,” she says. “You cannot always stand in your father’s [Dinesh Nair, co-chairman and managing director, Hotel Leelaventure] shadow. I realise I am very blessed to be born into a legacy like mine. But I was clear I wanted to forge a path of my own.”

This, of course, does not mean she does not look up to her grandfather, with whom she says she shared a close bond. She still lives by the one piece of advice he gave her: “If you don’t stand for something, you will fall for everything.” One of her most precious possessions is her grandfather’s reading glasses. “They are these horn-rimmed glasses that look a bit like the Harry Potter ones,” she says. “They are very precious to me because they [symbolise] the way he saw the world.”