“A home should reflect who you are” 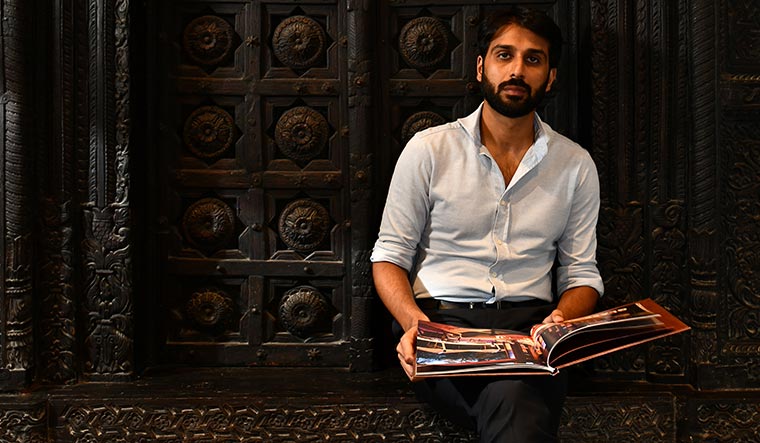 Jahan Tahiliani, 29, does not want his homes to be static. A Tahiliani home, from the House of Tarun Tahiliani Designs, must have a distinct identity, he feels. No garish spires or pillars, no cluttered corners, no complex aesthetics. Jahan, who handles all the non-design aspects of the homes—from sourcing land and the legal work to the business development and connecting with artisans and vendors—believes in an elemental simplicity. There will be verdant spaces, clean lines, handcrafted materials and finishes, muted shades of ivory, taupe, grey and black complementing each other.

Living in a luxury home is, more than anything, a quality, an experience…., he says. “Forget about the price. It is not about filling the space with expensive things. A home should be seamlessly built, functional and comfortable. It should have spaces that inspire you to be creative, to write, to read…. It should reflect who you are and what is important to you,” he says. The last villa they did was called the Glass Villa, or the house of internal courtyards. It had eight internal courtyards, one in each room. The master bedroom, on the fifth floor, had a tree growing in the middle, encased in glass paneling on all sides.

Jahan studied economics and statistics in college, and later worked in the capital markets team of CBRE, a global real estate company. “It opened my eyes to what investors were looking for,” he says, “in terms of returns, yields, locations and asset classes. Incidentally, my father was doing some work in interiors and architecture, but not in an organised way. He was taking small licenses and doing what he enjoyed doing as a creative person. That is when I realised that there was a business [opportunity] there.” At Tahiliani Homes, they offer end-to-end design services— architectural and landscape design, restoration and redevelopments, interior design and turnkey projects. Since he established the division three years ago, the revenue from interiors and build-to-suits has gone up by 200 per cent, says Jahan.

And what about his relationship with his father, fashion designer Tarun Tahiliani? “He is focused on design and I am focused on execution,” he says. “We complement each other because we have different skill-sets.” Despite this, there are differences. “Passion does make you flare up sometimes,” he says. “I have made the mistake of crossing the line, taking it personally instead of looking at it as a working relationship. But as I grow older, it is becoming more manageable. We are learning to work with our differences.”

Despite the skirmishes, there is much that unites father and son. “We both have a similar sense of humour,” says Jahan with a smile. “We enjoy daft comedies like Goodness Gracious Me, Little Britain and The Ricky Gervais Show.” He says when they were young, they used to enjoy the pastime of aero-modelling on Sundays—build planes and gliders. Now, though, there is no time for all that. Life is no-nonsense, practical…. While his father’s studio space is opulent, Jahan’s office is marked by a fierce simplicity, the walls filled with pictures of luxury homes. In many ways, he is like the houses he builds—functional, understated and comfortable in his skin.

Working together can be a double-edged sword, but as a friend warned me, one must leave that relationship at home and try and be as professional as possible [at work]. We cannot fire each other. I will always be his dad and he, my son. This division of Tahiliani Homes is Jahan’s division to grow and I am amazed at some of his initiatives; these would never have crossed my mind. It is truly a gift to have someone so close whom I trust be the yin and yang for this division.