“I was five when i started visiting the properties”

As Uzma Irfan, daughter of Irfan Razack, chairman and managing director of Prestige 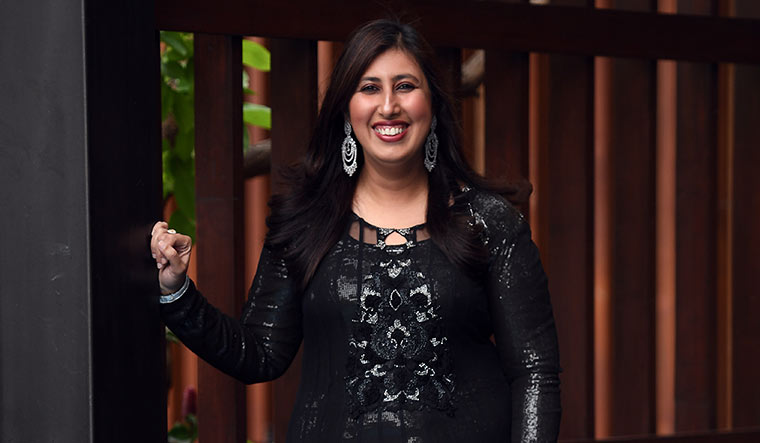 As Uzma Irfan, daughter of Irfan Razack, chairman and managing director of Prestige Group, was finishing her studies in the UK, she decided not to come back to India. When she told this to her father, he told her that he would not expand the business unless she joined it.

“That was huge for me,” says Uzma, 40. I meet her at the salon of the Conrad in Bengaluru, which was developed by Prestige. In between lining her eyes and blow-drying her hair, she tells me how she decided to take the plunge in 2006, after she graduated with honors from the American Inter Continental University in London. “I started the department of corporate communication at Prestige,” she says. “At that time, nobody knew what it was.”

But that is not the only hat that Uzma wears. She handles the marketing and promotional activities for the luxury mall UB City, a joint venture between Prestige and the UB Group. She has created several entertainment properties there like Art Bengaluru and Trousseau Week. But perhaps her biggest achievement was starting her own company, Sublime, in 2009, which, today has four divisions—Sublime Galleria, Sublime Media House, Sublime House of Tea and Sublime ArtEd. She says she has had an entrepreneurial streak from her childhood. “Sublime happened when I was nine years old,” she says. “I never used to take pocket money from my parents. I loved music, so I used to record my own tapes and sell them.”

She says she always knew the value of money because she has seen her father struggle. “My grandfather used to ride a scooter,” she says. “After his wedding, my father moved to a small place of our own. Before that, our extended family used to live in one house. We started with retail and then expanded to real estate. I was five when I started visiting all the properties with my dad on Sundays.”

The first thing she did when she came back from the UK was revamping the company newsletter. “The head of HR used to handle it,” she says. “One day, my father called me to his office. He pointed to the newsletter and said: ‘This is garbage. Turn it around and bring it to me’.” Today, the company’s quarterly newsletter, Falcon News, has a circulation of over 15,000, targeting customers and stake-holders globally.

Before she left for the UK, Prestige had around 300 employees. Today, there are around 12,000. It boasts nine malls and six hotels. The day after I meet her, she says they are celebrating the Prestige Day at the Sheraton, an annual occasion when all the employees come together from different parts of the country. “We are putting together a small act,” she says, applying the lipstick she produces from her bubble-gum pink Michael Kors clutch. “My father plays the godfather and my uncle plays Elvis Presley.” As I leave the salon, I realise I have forgotten to ask her what her role is going to be. Perhaps that of the plucky heiress, the part she plays in real life.

Since she joined the company in 2006, I have seen Uzma evolve into a strong leader, taking on greater responsibilities and always executing them with 200 per cent efficiency and confidence. In the last decade, she has managed to streamline Prestige’s branding and communication initiatives, and through her various innovative endeavours, she has strengthened the public image of the company. I am very proud of the woman she has blossomed into and know that this is just the beginning for her.