With Article 370 gone, Kashmir is at par with any other part of India 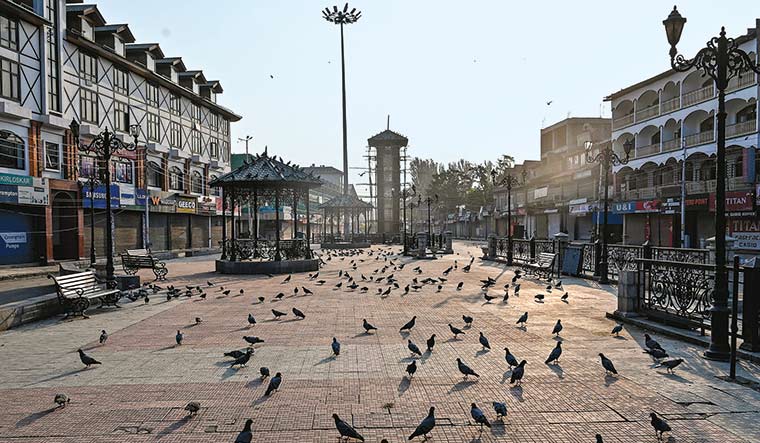 Sound of silence: A deserted square during curfew in Srinagar | AFP

It needed only one stroke of a presidential pen, the boldest stroke ever executed in the Great Game over Kashmir. With that one stroke, India that is Bharat declared to the world that the territory of Kashmir is as sovereign Indian territory as Kamrup, Kathiawar or Kanyakumari. Article 370, by which a corner of its vast territory had been claiming special treatment, simply vanished. No constitution amendment, no long-winded debates, no marshalling of majorities, not even a simple raising of hands.

Today, many may carp at that ambivalence, scoff at it as Nehruvian liberal weakness, but the fact is that it had saved Kashmir and India at that time. In fact, there were several such instances of ambivalence—when concessions beyond the call of federal responsibility were extended to peripheral regions—that had helped the young republic recover from post-colonial penury and pangs of partition.

Today, having consolidated into a modern nation-state with rockets, bombs and a billion bellies being fed, the Indian state believes that it does not need such elements of ambivalence in the new idea of India—an assertive, self-willed, determined and homogenous India.

Though the manner in which Home Minister Amit Shah performed the constitutional strike may appear sudden and surgical, the fact is that the assertion of the Indian state, the rise of assertive ideologies, and statement of assertive political objectives have been happening over decades. As the republic gained in economic wealth, military might and scientific prowess, won the wars of 1965, 1971 and 1999, and demonstrated nuclear capability in 1974 and 1998, it was turning to be assertive. There has all along been a coercive consolidation of the state in India, as also a process of militaristic state-building which has been extremely uncomfortable with provisions of ambivalence continuing in the Constitution.

The process of coercive consolidation and militaristic state-building had begun in the late Nehruvian era itself, and had been demonstrated in Kashmir. After all, it was Nehru who threw Sheikh Abdullah into jail when the latter stood in the way of his realising the idea of India. Coercive consolidation of the state was ruthlessly pursued by Indira Gandhi and Rajiv, both of whom diluted virtually every word of Article 370, kicked out the popularly elected leaders of Kashmir and even blatantly rigged an election to prevent separatists from coming to power in Srinagar. In fact, Indira had refused to budge in the face of terrorist blackmail even when Ravindra Mhatre, her deputy high commissioner in Birmingham, was kidnapped and murdered by Kashmiri separatists. She hit back by unleashing the anger of the state itself. Within days, she sent Maqbool Butt, an iconic leader of the separatists, to the gallows. 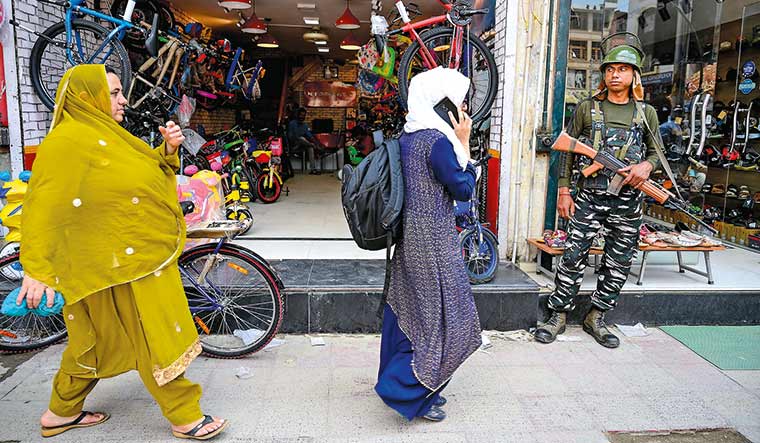 Political hawks have often rued that India has been a soft state. Banana oil! The Indian state turned soft only in the late 1980s, and it was a softness that was born out of sheer weakness rather than any hoary benevolent doctrine. And that softness lasted only a decade during which we had weak central governments, political chaos, social strifes over Mandal and mandir, dirty money scandals involving a galaxy of national leaders, arms drops from mystery planes and boats, a bankrupt treasury, and several more challenges that bore India down.

The current phase of unrest in Kashmir had begun at the end of the 1980s when ragtag separatists mocked at the majesty of the Indian state by kidnapping the daughter of the home minister of India. The state capitulated before the blackmail; it freed a bunch of rowdies who it had put in prison.

In the decade that followed, Kashmir suffered most. Though the might of the Indian military was unleashed into the valley by a diplomatically deft Narasimha Rao, it looked like a losing war. Villagers were massacred by the day, holy shrines besieged and burnt down, tourists abducted and decapitated, grenades thrown openly in Lal Chowk, buses blown up and soldiers shot in the back.

Even in that one decade of soft state phase, there were bursts of kinetic energy as we saw in Kargil and Pokhran. As the decade wore itself down, there was another episode of shameful capitulation, when a couple of foul-mouthed terrorists were escorted out of the country and freed in exchange of a planeload of passengers.

Yes, what began with an abduction ended with a hijack!

Then, in an incredibly quick turnaround, India rediscovered the iron in its soul, and bared its claws. The attack on Parliament provoked the nation to mobilise for a full-scale war. Thankfully, saner counsel prevailed on both sides of the Radcliffe Line, and the world heaved a sigh of relief.

By then the state had decided that terror would not be given any quarter. Indeed, bombs continued to go off in cities and towns, but the state, too, unleashed its awesome coercive power. Amid mounting allegations of human rights abuses—several of them real and several imaginary—police forces across the country went on an arresting and prosecuting spree. Even as a soft-spoken Manmohan Singh engaged the Kashmiris across round-tables and through task forces, his soldiers bayoneted more insurgents, his policemen shot more militants, and his hangmen hanged more terrorists than ever before.

It was natural that the hawkishness of the institutions of the state seeped into its electoral politics, too, and the beneficiary has been the party that professed aggressive nationalism led by a person who believes that India ought to be, like the Phantom in the comic strip, “rough with roughnecks”.

Sadly, the Kashmiri leadership, perhaps too shell-shocked, failed to notice the transformation of India and its politics. Having spurned Narasimha Rao’s sky-bounded autonomy, Vajpayee’s offer of insaniyat and kashmiriyat and Manmohan’s round tables of dialogue and development, they had slipped into a valley of self-delusion, and failed to read the writing on the hillsides.

With Article 370 gone, Kashmir today is at par with any other part of India. Yes, there will be resistance, homegrown and fomented from across the line of control, but the state is not likely to take any prisoners, literally and otherwise. There will be voices of protest from around the world, but there will be more voices of support from a world that agrees with the idea of a new India.

The critical test is for the Kashmiri leadership, rather the leaders of its mainstream political parties. The Centre has made it clear that it will give no quarter to the separatist Hurriyat leaders, but it may still be willing to engage the Abdullahs, the Muftis and others who have been working within the confines of constitutional democracy.

The ball is in their court, very much in Srinagar. Not in Muzzafarabad or Islamabad.