The move could steer an alternative political discourse 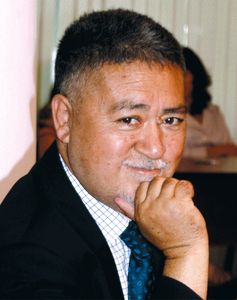 LADAKH FEELS liberated after 185 years of slavery and coercion. The demand for a separate state of Ladakh has been pending since 1947—older than the demand for Telangana. There are many important issues that would have been considered from a strategic point of view. Ladakh borders China and Pakistan. The China-Pakistan Economic Corridor comes very close to Ladakh, and is across the border. There has been a lot of development in Pakistan-occupied Kashmir post Syria. With Islamic State moving into Afghanistan, there are training camps that have sprung up. This has a psychological, even military effect, on Ladakh. After Burhan Wani’s killing in 2016, the situation was untenable. There were frequent bandhs and strikes, which started having an effect on Ladakh, too.

There were advantages of being part of Jammu and Kashmir in terms of protecting the area, but that also became a hurdle for development. Ladakh has tremendous potential in terms of solar energy as well as glaciers—the Indus flows through here and yet India does not utilise one drop of it. The waters of its tributaries—Zanskar, Suru, Dras and Shayok—only benefit Pakistani farmers in Punjab and Sindh. Even in Ladakh, we do not make use of the water as there are no water-storage facilities.

The UT status should allow people to nurture a political expression to be able to uphold Ladakh’s identity and interest first. It would steer an alternative political discourse based on local aspirations and challenges. The UT status should also cater to the rising expectation of the people, especially the younger generation, and prevent them from going adrift. It would also help exploit the full potential and protect the economic interests of Ladakh.

Ladakh is a strategically important and a very sensitive area. Without Ladakh, the Chinese People’s Liberation Army would be sitting on the southern foothills of the Himalayas. Till now, Ladakh was held captive to the politics of the valley; there were those with a separatist agenda. There is China, with nuclear weapons; Pakistan and India, too, have nuclear weapons. There is also Russia.

The unique geographical location should offer India huge counteroffensive potential in terms of leveraging connectivity to the Eurasian region and China. India could counter The Belt and Road Initiative and open up trade to Central Asia. You cannot have peace without economics. When Prime Minister Narendra Modi meets Chinese President Xi Jinping later in the year, it could be part of the new agenda.

It also opens doors for a fresh look at territorial disputes with China. Granting Ladakh UT status was a masterstroke. It is a strategic move. Now that Jammu and Kashmir is gone, there is no longer a need to remain hung-up on its territorial integrity—the Aksai Chin issue should be flexible.