For young Kashmiri Pandits, going back to the valley is still an unrealistic idea 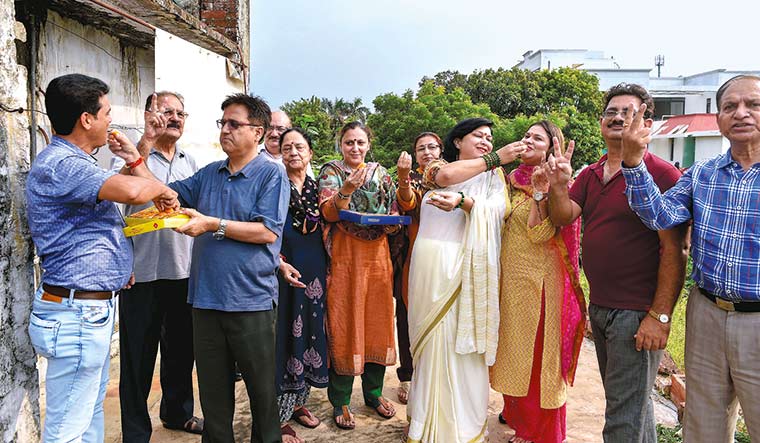 VITHAL CHAUDHARY WAS just seven when his family fled Kashmir on January 27, 1990. The terror and persecution was too much for the Kashmiri Pandit family, so they abandoned their 22-room house at Rainawari near Srinagar and fled. Chaudhary’s memories of Kashmir were shaped largely by what his grandmother had told him, like accompanying her to the temple for Gita Path and playing with his sister in the orchard. His last memory from his aborted childhood in Kashmir is of his grandmother saying goodbye to her village, weeping quietly after handing over the keys of the house to their neighbour, Lassa Ka.

Chaudhary says Ka looted the house the very next day. And, his children forcibly occupied the house. “This is the story of every Kashmiri Pandit who has been exiled,” he says. Chaudhary, who now works as a software consultant in Delhi, says he is glad that Jammu and Kashmir is now a Union Territory. “We will go back. That is our land. We cannot live without it,” he says.

Asked whether he would give up his comfortable life in Delhi and start afresh in a conflict zone, Chaudhary says it is not about economics, development or jobs. “A Bihari migrant comes to Delhi on his own free will and he goes back to his village for Chhath Puja. But I cannot go back to my village in Kashmir for Shivratri. Why should it be like that?” he asks. “Whether I live in Kashmir or not, I should have the right to decide.”

When insurgency erupted in 1989, militants wanted to rid Kashmir of its “Indian elements”, making Pandits an obvious target. By the end of 1990, nearly five lakh Pandits had fled their homes. With the scrapping of Articles 370 and 35A, the Pandits believe that the basis for discrimination is gone and they can perhaps stake claim to the land and the homes they left behind. But the children born to exiled parents seem more measured, perhaps even cynical. They are happy to see their family members rejoice, but they fear that hope can be a dangerous thing.

“It is as ambiguous as demonetisation,” says Niyati Bhat, a PhD scholar at Delhi’s Jawaharlal Nehru University. “People of my community are supporting it, but they do not quite know the consequences.” Her family home in Kashmir is being used by passing Bakarwals to keep their sheep. “We went there in 2012. But there was no home. It is just an idea in our mind,” says Bhat. She is mildly amused with WhatsApp forwards about the new things like special economic zones, townships and more jobs that could come up in the valley. Bhat, however, has a word of caution. “It will take years and years to even control the situation after the curfew is lifted,” she says. “You cannot control traffic in Faridabad or Gurugram despite Delhi being this great Union Territory and capital city, and you think you can change a volatile region like Kashmir?”

Bhat is, however, hopeful in one respect. “With Article 370, as a woman, I could not inherit property or land from my parents if I married an outsider,” she says. Families often sold their land at throwaway prices so that the money could be divided equally between children. “Now we do not have to consider selling our land as the only option to settle inheritance disputes. We can inherit the land,” says Bhat. “Some of us can return and do something. Such hope is a very big thing.”