Making of the Mahatma

Gandhi owes his intellect to a number of books and personalities 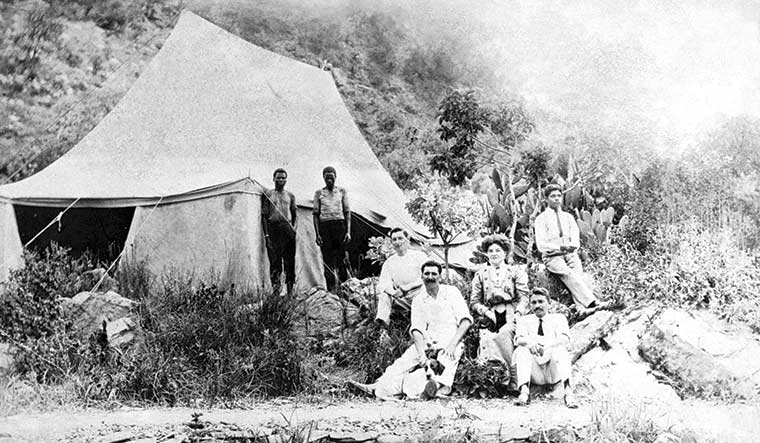 Putlibai made her son Mohandas take three vows before he went to England: that he would not eat flesh, would not drink alcohol and would look upon other women as his mother or sister. On reaching England, he painstakingly “abstained from meat in the interests of truth and of the vow”. But at the same time, he wished that someday every Indian would become a meat-eater; he was a believer in the “scientific” superiority of the meat-diet back then. He looked forward to the day when he could eat meat freely and openly and enlist others in that cause.

In his initial days in London, Gandhi wandered in search of vegetarian restaurants and finally found one in Farringdon Street. While entering the restaurant, he noticed books on sale under a glass window near the door and bought, for a shilling, A Plea for Vegetarianism by Henry S. Salt. The book had a profound influence on him, dispelling his doubts about vegetarianism.

Salt was the son of a colonel in the Royal Bengal Artillery. He was a member of the London Vegetarian Society and a regular contributor in the society’s journal. He wrote nearly 40 books, including biographies of the poet P.B. Shelley and the American philosopher Henry David Thoreau. Thoreau’s essay on civil disobedience made a deep impression on Gandhi. He was formulating his ideas of passive resistance in South Africa when a friend sent him the essay in 1907. Later he read more about Thoreau in Salt’s biography. The ‘Salt March’ to Dandi and Gandhi’s civil disobedience movement owed much to Thoreau. 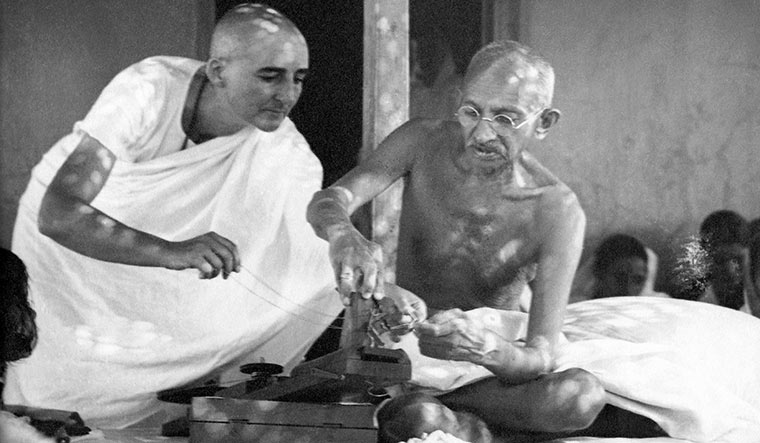 Gandhi drew great strength from the Bible, a copy of which he got from a vegetarian from Manchester. The Sermon on the Mount in the Gospel of St Mathew left a deep impression on him. Comparing the Bible with the Gita, he argued that both talks about “renunciation”. The Gita remained his favourite text, followed by the Bible. In August 1926, when he attempted interpreting the Bible to students of Gujarat Vidyapith, it enraged the Hindu orthodoxy. Gandhi responded to his critics saying, “For myself, I regard my study of and reverence for the Bible, the Koran, and other scriptures to be wholly consistent with my claim to be a staunch sanatani Hindu.”

However, there were periods in his early life when he faced the question whether he should remain a Hindu. Gujarati poet and philosopher Srimad Rajchandra (Gandhi used to call him Raychandbhai), whom he had first met in 1891 on his return from England, helped him make up his mind. In South Africa, when he faced pressure from his friends to convert to their religions, Gandhi sent 27 questions to Rajchandra. The reply cemented his faith. “I have tried to meet the heads of various faiths, and I must say that no one else has ever made an impression that Raychandbhai did.... In my moments of spiritual crisis, therefore, he was my refuge,” Gandhi wrote in his autobiography. Rajchandra urged Gandhi to practise brahmacharya, too.

Ramachandra Guha, in his book, Gandhi:The Years That Changed the World 1914-1948, writes that Gandhi’s obsession with celibacy was akin to that of the early Christian ascetics like St Augustine. Like the saint, Gandhi also gave up sex in his thirties. Leo Tolstoy, another influence on Gandhi, also embraced celibacy in the latter part of his life, calling it as a “man’s liberation from his lusts”.

Tolstoy’s The Kingdom of God is Within You influenced Gandhi’s doctrines of non-resistance and satyagraha. The doctrine of non-resistance demanded that every injustice in social, political and economic realms of human life should be fought with just means. In 1908, Tolstoy wrote A Letter to a Hindoo as a reply to Indian revolutionary C.R. Das, who had challenged his ideas. The letter argued that only through love could the Indians free themselves from colonial rule. Fascinated by the letter, Gandhi sought the permission to publish it in his newspaper, the Indian Opinion, in 1909. Tolstoy gave permission and they developed a bond of mutual respect. He continued his correspondence with Gandhi till his death. In 1910, when Gandhi established his second ashram near Johannesburg, he named it the Tolstoy Farm. This farm became the cradle of his satyagraha experiments.

Another book that shaped his political consciousness is John Ruskin’s Unto this Last, which he read during a train journey in South Africa in 1904. “It gripped me,” Gandhi wrote. “Johannesburg to Durban was a 24 hour’s journey. The train reached there in the evening. I could not get any sleep that night. I was determined to change my life in accordance with the ideals of the book.” The book was a radical critique of capitalism, rejecting the classical economists like Adam Smith and J.S. Mill, and advocated renunciation of wealth so that everyone has their own share of prosperity. Immediately after reading Ruskin, Gandhi started his work to establish the Phoenix Settlement in Natal—his first ashram—to experiment “a life of labour”.

The self-sustaining rural settlement was a practical solution he found to save the Indian Opinion, too. Gandhi was preoccupied by the mounting costs of running the newspaper. Westerners and Indians who joined in settlement were told to work in the press and simultaneously look for their own sustenance. Four years later, Gandhi translated Unto this Last into Gujarati under the title ‘Sarvodaya’, which means welfare of all—the crux of his economic and social programme.

There are more western thinkers than eastern ones to whom Gandhi owes an intellectual debt. The list of books that inspired his Hind Swaraj or Indian Home Rule include six books of Tolstoy, two books each of Thoreau and Ruskin, Plato’s Defence and Death of Socrates, Edward Carpenter’s Civilisation, its Cause and Cure and Thomas Taylor’s The Fallacy of Speed. The only books of Indian thinkers in the list were Dadabhai Naoroji’s Poverty and Un-British Rule in India and Romesh Chunder Dutt’s Economic History of India.

Gandhi picked up many concepts from different traditions and combined them within himself to form the man he was. He never claimed to be an original thinker and remained a lifelong learner. He revised his opinions from time to time, but the base of his conceptual framework remained the same.