Mahatma Gandhi's ideas for the world 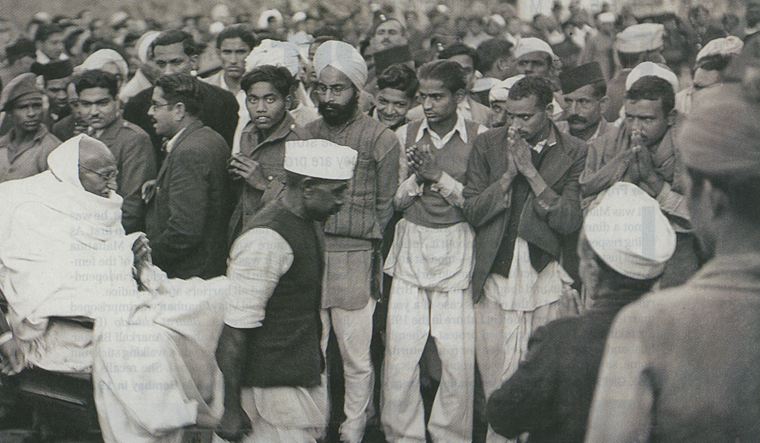 Satyagraha (firmness in truth) and sarvodaya (welfare of all) are the core concepts of Mahatma Gandhi’s political philosophy. Satyagraha became the alternative nonviolent resistance soul force of the oppressed against injustice—an alternative to guerrilla war, civil war and genocide.

The first three of these notions in Gandhi’s own words:

World federation: “There will be an international league only when all the nations, big or small, composing it are fully independent.... In a society based on nonviolence, the smallest nation will feel as tall as the tallest. The idea of superiority and inferiority will be wholly obliterated.”

Global citizenship: “I learnt from my illiterate but wise mother that all rights to be deserved and preserved came from duty well done. Thus, the very right to live accrues to us only when we do the duty of citizenship of the world. From this one fundamental statement, perhaps it is easy enough to define the duties of man and woman and correlate every right to some corresponding duty to be first performed.”

Nuclear disarmament: “The west is today pining for wisdom. It is despairing of the multiplication of the atom bomb, because atom bombs mean utter destruction not merely of the west but of the whole world, as if the prophecy of the Bible was going to be fulfilled and there was to be a perfect deluge.”

Throughout his political life, Gandhi worked for the upliftment of poor and distressed people. Gandhi became renowned worldwide for his satyagraha campaigns in support of the farmers, merchants and workers.

Sarvodaya, a Sanskrit term meaning “universal uplift”, was used by Mahatma Gandhi as the title of his 1908 translation of John Ruskin’s tract on political economy Unto This Last. Gandhi pointed out that the idea put forward by book “is the advancement of all and not merely of the greatest number”. Acharya Vinoba Bhave followed this path in his exemplary reform movements.

Gandhi’s challenge for us today: “I will give you a talisman. Whenever you are in doubt, or when the self becomes too much with you, apply the following test. Recall the face of the poorest and the weakest man whom you may have seen, and ask yourself, if the step you contemplate is going to be of any use to him. Will it lead to swaraj for the hungry and spiritually starving millions? Then you will find your doubts and your self melting away.”

Educational and political scientist, Christian Bartolf is the president of the Gandhi Information Centre, Berlin

Dominique Miething is a lecturer in history of political ideas and civic education, Free University of Berlin