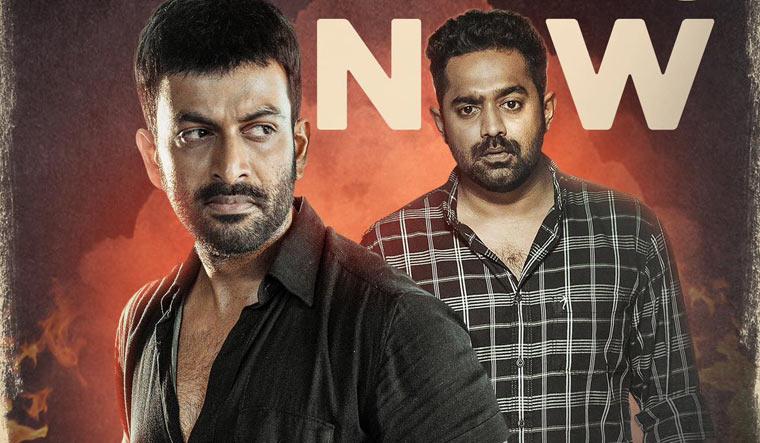 One of the movie subgenres that has immense public appeal is gangster drama. The first original in this genre, The Great Train Robbery, released in 1903, was a silent movie. In the last 120 years, plenty of classics and film movements emerged from this genre in world cinema.

There have been notable films in this genre in Mollywood, too. Still, this is a genre that is still underutilised in Mollywood. The 1980s was arguably the first big decade for gangster films in Mollywood. Films like Athirathram, Rajavinte Makan, and Irupathaam Nootandu played a crucial role in creating superstardom for Mammotty and Mohanlal. The early 1990s also had its share of gangster films like Samrajyam (1990), Abhimanyu (1991), and Mafia (1993) that revolved around ports, airports or metro cities like Mumbai or Chennai. However, in the decade’s later half, gangsters gave way to megalomaniac feudal heroes in Mollywood.

Bigger experiments in storyline, narrative and form in this genre happened in the 2010s. Critically-acclaimed films like Second Show, Njan Steve Lopez, Kammattipadam, Angamaly Diaries and Lucifer got released in this decade. There were also major flops like Gangster and Double Barrel.

When compared with gangster films of the 2010s, Shaji Kailas’s Kaapa is more of a safe-formula film. The film portrays the bloody gang wars in the capital city of Kerala, Thiruvananthapuram. Kaapa opens from the perspective of an IT professional, Anand (Asif Ali), who takes a job offer in Thiruvananthapuram. Anand and his wife are expecting their first child. However, a special branch officer from Kerala Police shocks Anand by revealing a secret about his wife and her past. From there, Anand would inadvertently become a pawn in the gang wars between the dreaded gang of Kotta Madhu (Prithviraj Sukumaran) and the rival gang, which is named after Anand's wife, Binu Trivikraman (Anna Ben).

Madhu grows up as a street-smart thug who dares to use even children for violent crimes. He becomes the uncrowned king of the underworld in the city by eliminating the other goons in the city with the help of the police. In the present, he is a white-clad man who is ambitious about his rise as a politician in a red party. This ambition for a political post act as a deterrent for many violent crimes.

In the expected lines, Kailas glorifies this narcissistic character, employing his age-old cinematic formula for action films—slow-mos, stylised action sequences, ultra-close-ups, and punch dialogues. There are plenty of scenes for fans of Prithviraj to celebrate the raw violence on screen. However, the director also ensures to present Madhu as a character with a gentle and sensitive side—he is selectively sorry about some of his past actions.

The world of crime Kaapa tried to portray is too big for a feature film. The storyline was best suited for a crime drama series. Acclaimed post-modernist writer G.R. Indugopan wrote the screenplay for Kaapa. The dialogues he wrote for Kaapa deserve applause. However, this reviewer felt that Kailas did not succeed in taking the full potential of the script. The twists Indugopan kept for the climax in the script became wet bombs because of too much foreshadowing employed by Kailas in the narrative.

There are a lot of characters who come into the narrative. The narrative follows different characters at different parts of the film. The problem in this approach was that many of the characters, including the main characters played by Prithviraj, Aparana Balamurali, Anna Ben and Jagadeesh, remain half-baked. This approach prevented this reviewer from getting emotionally attached to any character in the narrative. The backstories of these characters were explored via flashbacks or passive mentions in conversations. The film gave a feel of excessive use of flashbacks. It did offer some unexpected shocking moments of violence. However, at those moments where it is most required, it fails to give a shock! Shameer Mohammad’s editing and Kailas's direction fail to save those scenes. While portraying the gang members of Madhu, Kaapa followed the goonda stereotypes.

Even with all these flaws, Kaapa ticks most of the tabs to become a box office hit in Mollywood. Prithviraj excels in action sequences, though his dialogue delivery in the Thiruvananthapuram dialect is inconsistent. Jagadeesh once again gives a stellar performance in a character role. He plays the role of Jabbar, the right hand of Madhu. Balamurali gives a decent performance as Madhu's partner. Her character arc is arguably the most interesting one. However, the film fails to give an idea of how crucial she was in forming the gangster Kotta Madhu. This reviewer felt that Anna Ben was a miscast for the role.

The film’s cinematography was done by Jomon T. John. He gave visuals that suit the aesthetics of Kailas. Dawn Vincent’s music is terrific and at times gave goosebumps. Gangster films are often morality tales: a lot of the films in this genre portray that the success of criminals and their gangs is just temporary and that crime and gang wars have a cyclical nature. Kaapa also follows this philosophy and ends with the indication that there are more stories left to be told about the gangsters of Thiruvananthapuram.