The plot is straightforward and unsophisticated 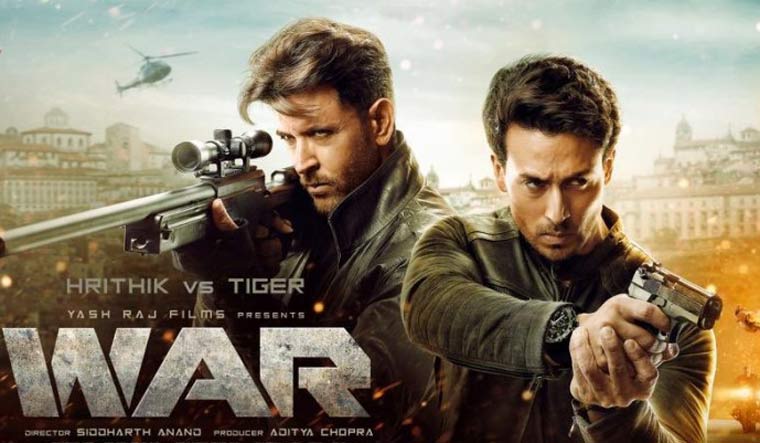 If films were judged on the level of octane they reach, War would take all the awards. Many months in the making, YRF Productions hopes to erase the dismal performance of their last outing (Thugs of Hindostan) with Siddharth Anand’s latest―War.

The plot is fairly straightforward, and the film wastes no time setting up its premise. Kabir (Hrithik Roshan), one of India’s best soldiers, has gone rogue on an important mission, and his former mentee Khalid (Tiger Shroff) is assigned by their leader Colonel Luthra (Ashutosh Rana) to take him down and bring him to justice.

If you are wondering why Vaani Kapoor is nowhere on the plot description despite being billed as a lead, I have the same question as well. She is woefully underused and more than half of her screen time involves her solely as eye candy. In fact, Anupriya Goenka’s character Aditi contributes more to the film as Kabir’s trusted teammate, whether in terms of plot or acting chops―which is not saying much, since the standard for acting in this movie was never astronomical in the first place.

Tiger Shroff is… believable in his role as the eager rookie raring to prove his mettle. Meanwhile, Hrithik Roshan has embraced his salt and pepper, which complements his rugged character in the best way possible. Both of them share great chemistry as mentor and mentee, with slivers of humour that should definitely have been explored more. It must also be noted that the film as a whole takes care to underline its patriotism in big bold letters multiple times, whether it was about putting nation before self, or nation before love, or nation before anything.

But let's be real. No one will watch War expecting a sophisticated plot and nuanced acting performances. They come for the stunts, shirtless Tiger Shroff, and Hrithik Roshan in sunglasses, riding away on a bike with explosions in the background. Director Siddharth Anand promised “some of the most outlandish and visually-spectacular (stunt) sequences” to “push the benchmark of action movies in this country”, and he delivers that in spades. Stunt Directors Oh Se-Young (Avengers: Age of Ultron, Bharat) and Andy Armstrong (Charlie’s Angels, The Amazing Spider-Man) join forces to create the beautifully choreographed fight sequences that define the film. Vishal-Shekhar’s work is decent, although in true Bollywood style, the songs are abruptly placed and add nothing to the story whatsoever except seeing Hrithik Roshan dance again.